How does it feel to be excluded from your own narrative? 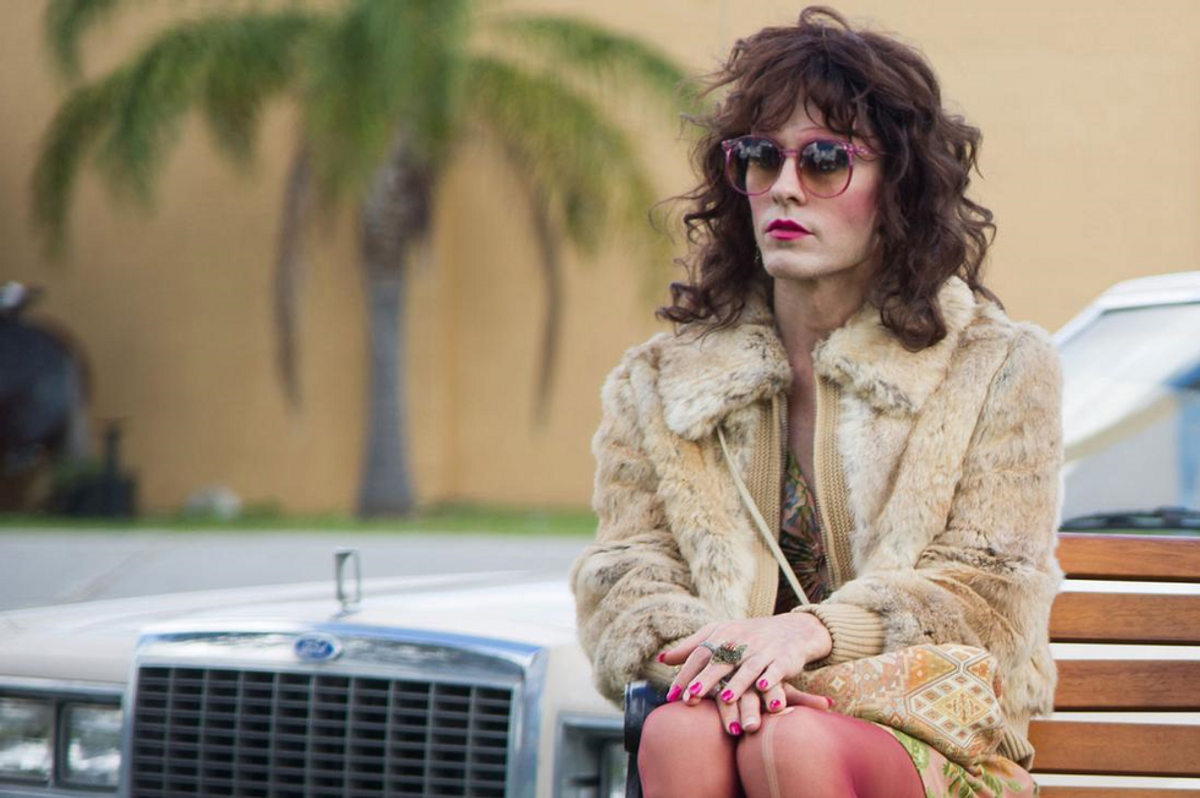 Recently, Mark Ruffalo announced that actor Matt Bomer will play a transgender woman in his feature film Anything. Although the film does not yet have a release date, the announcement sparked controversy. In response to Bomer's casting, GLAAD director Nick Adams wrote a powerful response, claiming that "Hollywood needs to let go of the idea that putting a male actor in a dress, wig, and makeup is an accurate portrayal of a transgender woman."

Adams is absolutely right. While transgender representation has certainly gotten better in recent years, from shows like I Am Jazz, Sense8, and The Fosters, the directors of big-name Hollywood titles habitually fail to realize that cis men in drag aren't trans women. For the past 40 years, we've seen many talented actors starring in projects that advertise them as trans women: Jared Leto in Dallas Buyers Club, Eddie Redmayne in The Danish Girl, John Lithgow in The World According to Garp, Phillip Seymour Hoffman in Flawless, Lee Pace in Soldier's Girl, and so on. I find that these actors' performances are often hailed by critics as something that's supposed to be avant-garde or edgy. In truth, there's nothing avant-garde or edgy about these performances and the messages they send.

These performances send a few messages in particular and none of them are good. First, they imply that trans lives and experiences are simply an act or artistic performance. They pigeonhole trans characters as damaged, depressed individuals. They often dramatize the experience of transitioning, which sets an unfair precedence for trans people. Second, and even worse, they suggest that underneath the artifice, trans women are really just men in drag.

The casting of yet another cis man as a trans woman struck a nerve with the trans community. Transgender women are being pushed out of their own stories, of which they could give nuanced, sublime performances. It's also a painful reminder that in the eyes of many, trans women are still viewed only as cross-dressing men. This message that trans women are just men in disguise carries toxic and dangerous implications that perpetuate transphobia in society today.

It's easy to think "oh, it's just a movie, stop looking for reasons to get offended," but try to see the deeper image. The idea that trans women are really men has infiltrated much of society's idea of what transgender people are. This harmful school of thought is why legislators in North Carolina can legally force a trans woman to use the men's room, which can put her at severe risk for assault. It's also why 20 trans women have been killed this year, and why their killers cite their motive as protection of their masculinity.

Matt Bomer is a widely recognized and praised out gay actor, and Mark Ruffalo has been a longtime ally of the LGBTQIA+ community. They both mean well and are incredibly talented in their own ways, but as a proud ally to the transgender community, I simply can't defend this kind of casting. If you write transgender roles for movies, plays, and TV shows, please cast transgender people in them. If not, then don't include them at all. It's better to have no transgender roles than roles that inaccurately portray trans people and perpetuate harmful ideas about them.