Reality can be so much better and worse than what you expected. 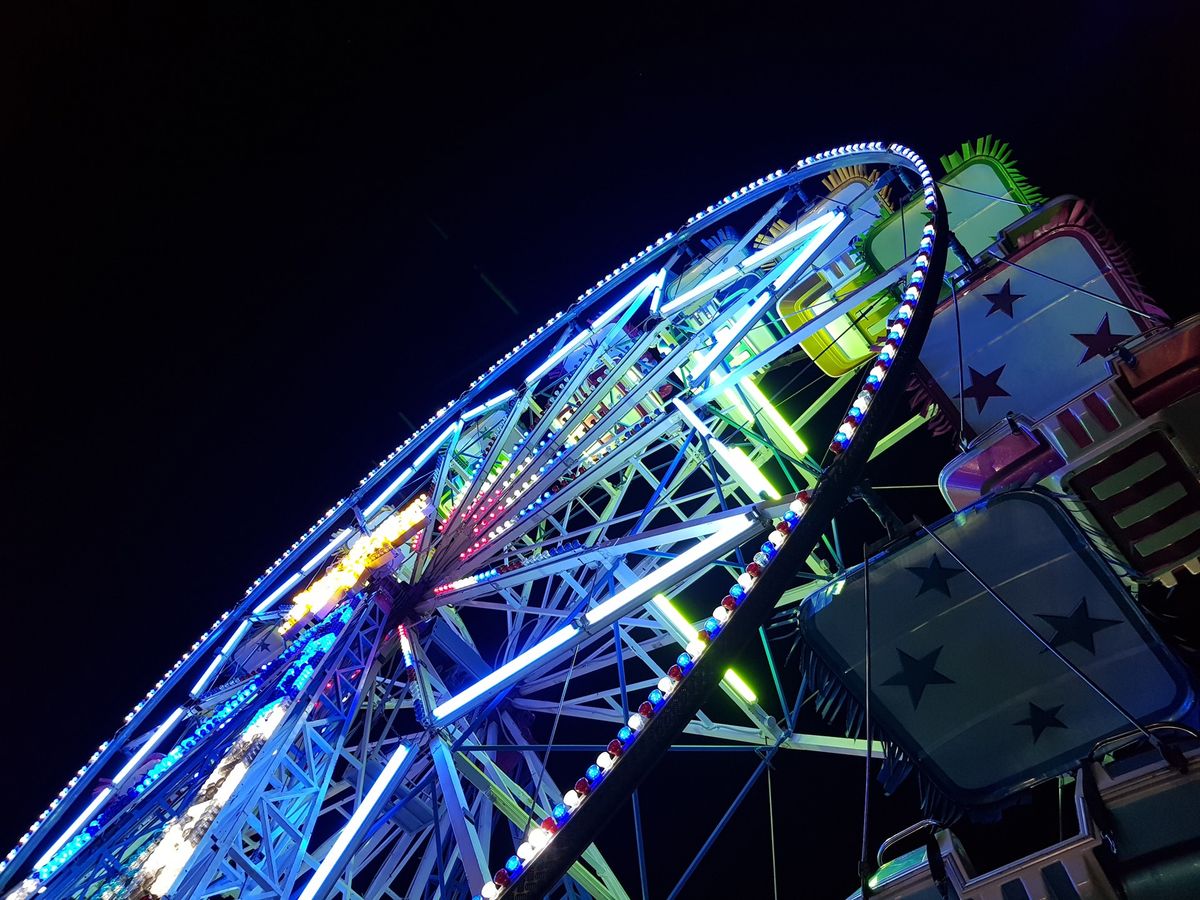 The state fair has always been seen as a highlight of the summer, something that most families go to before school starts again. As a part of a family that never went to the state fair, and rarely went to the 4-H fair, I looked forward to the idea of spending the day in the capitol city of Indiana ever since I could drive. This past week, the fair opened in Indianapolis, and a couple of friends of mine went with me. In the midst of dealing with the ticket prices, food stalls, and rides, I realized how very different it was from what I had always thought a fair would be like.

There are many things that I expected, but also many that I never thought I would see. From the amount of money a day at the fair costs, to the number of people with children walking around or even the low number of bathrooms and the amount of non food stalls in every direction, I had no idea how big the fair actually was. Here are some things I've learned, or been corrected about, the State Fair.

1. Tickets cost so much

And it costs to get in, as well.

And that means to ride more than a few rides is a lot of money for each family member.

3. They sell ride bracelets as well

To get unlimited rides from open to close, it's definitely a good deal.

4. But some rides won't even take those

There a couple rides that take a lot of tickets, or even tickets along with the bracelet.

5. There are so many places to park

Some are even free! There are many shuttles to accommodate those with disabilities or those that parked far away.

8. There are so many children

Some of them aren't even walking, just hanging out in a stroller while the parents wonder around.

9. A large section of the park is structured for kids

And there are lots of educational, free things for them to do besides the rides.

10. The entire fair takes place around a race track

Which means it's huge- and so is the crowd.

it's worse than going to the grocery store with your mom

There are so many food stalls...

13. Fried desserts and other indulgences

From elephant ears to deep fried cookie dough, the deserts available are staggering.

I swear I saw 10 lemonade stands in only half of the race track.

I think it was new this year, but it was an 11 minute ride almost 40 feet above the crowd that passed over most of the food stalls on one side of the track.

There are tons of tables all over the place, near most food stalls, with a lot of chairs.

I didn't even realize these existed. but they do, selling anything from shirts to fans and woven ponchos and backpacks to blankets and belts.

if you want anything other than the smallest prize, you have to pay a lot of money.

If you spend the money to get the prize, you then have to walk around with it all evening.

As someone who tries not to cuss, especially around children, I cringe at the amount of cuss words you hear tossed around without a care for the young ears that are nearby.

I'm not saying that you have to play Disney music everywhere, but playing songs that talk about sex, drugs, and getting women in the same area as kids' rides is not okay.

Sometimes it wasn't nearly as bad as I'd thought it'd be, but at other times it was a lot worse.

Whether it's sunny or rainy, people are still going to come. Luckily it's been really nice this year.

24. Some of the rides are the same

There are four rides that are all the same concept with slightly different colors or sizes.

Honestly, I never went inside, and one of the reasons for that is the weather, but also because none of the indoor events seemed too interesting unless you were a part of them.

I know they happen there, but the only things you really see are the livestock. I even saw the cheerleader finals being held there.

For Indiana, the theme was food, but there wasn't any huge differences from last year or major emphasis on the theme.

I mentioned the deep fried food right? Because I'm still in awe of the goodness of red velvet deep fried Oreo's.

Not just the rides, but also people yelling from rides to their friends or family to say "Hello" or just scream in other peoples' ears for fun.

I didn't realize that this would be such a big thing at such a large event that wasn't an actual zoo. (I have now witnessed the pink glitter eyebrows and beards of men my age- and I'm still puzzled.)

There were a lot of state police officers around, walking or riding in golf carts, in case anyone gets too drunk and disorderly around everyone else.

Ever since that situation at the Ohio State Fair, some of the operators are more concerned about people being on the rides safely, which is nice.

Every day has it's own things, from butter churning displays to pie eating contests, from concerts to competitions. While really col, I didn't even know about half of the events or when they were happening.

not only are there some great spots to take photos of the setting sun, but there are purposefully placed statues and signs that are there for you to make memories with. I.e. the Indy sign, where you become the "I".

There was a really nice way to ride around the stands without walking, and that was the tractor shuttle bus, which could be ridden for a dollar per person.

While not nearly as informed as I could have been, there was a lot of information about what was happening each day online and in pamphlets that were handed out at the gate. It was nice to see that you could find out what was going on in an easy way.