Bring it back! Bring back the void. 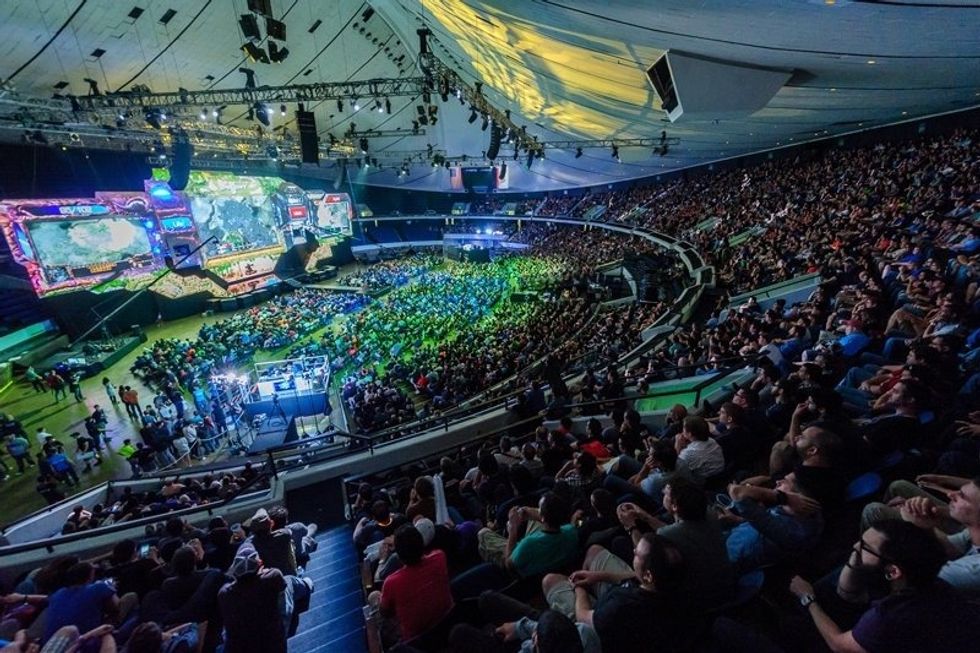 July 30th, 2017. Thousands gathered at Gwangalli Beach in Busan to witness a lifetime event. One so big 500,000 more spectators had to watch live on Twitch because they weren't fast enough for the tickets that were sold out in an hour. All for a reveal everyone had been waiting for 19 years: Starcraft finally gets a remaster.

Starcraft. A name many gamers would recall. A name that dominated the RTS industry. A name that people would still know outside the industry. A game about 3 races battling each other for universal dominance. Then again, what made this game so popular? The graphics were bad and blurry, the voice acting is corny, and the game constantly crashes every online match. What could such a low-quality game offer in comparison to all the modern day, ultra-textured, wide-screen shenanigans?

"…As you watch the fight to the last breath here, the DTs come in and this might be time to tap out! And GG game 1 goes to Guillaume!" – thrilled the casters, announcing the victor for the first demo match. Millions went wild as the legendary Canadian player who is now 35, steps out from his booth cheering. An expression commonly seen playing the game.

Living in East Asia, one would be bombarded with work all day long, stressed and aggravated coming home. Their lives would repeat just like that day in and out with no change. An endless purgatory in Middle-Earth. Then one day, halfway across the world, Blizzard Entertainment announced the release of a game called Starcraft, a sci-fi opera with stories that are considered cringy by today's standards and gameplay that is so primitive and confusing.

And people loved it. A few months after launch, the game skyrocketed to be an all-time bestseller, especially in Korea. For them, Starcraft is the memories of their childhood, the peaceful moments that clears one of stress after a long day at work. Soon, in 1999, enthusiasts started a tournament called the Hanaro Starleague, one that started e-Sports industry. The silent night pulled its drapes over the starlit skies yet faithful fans still flocked internet bangs and bars, camping all night to catch a glimpse of their favorite players. They didn't care about school or work that awaits them the following day, they didn't care about staying until 1 AM, they especially didn't care about the hectic world outside. Because this game was their savior.

19 years after the game was first announced, it still stood strong in the community. The mediocre plot, the horrible pathfinding, the cheesy dialogues, all those culminated into what is considered the best game by many. And with the remaster available this August 15th, the game will still stand as the best for PC gamers. Because Starcraft to the community isn't just a game. It is an art, an escape. It is the joy, the persevering nostalgia in us. It is a gift, a treasure of the industry. But most importantly…

It is a legacy.