Laying feverish, an ill cleric would return from his pilgrimage to build a church that has escaped the Great Fire of London and the Blitzkrieg, has witnessed the execution of religious heretics, and has provided visitors with a glimpse into the city's monastic life. 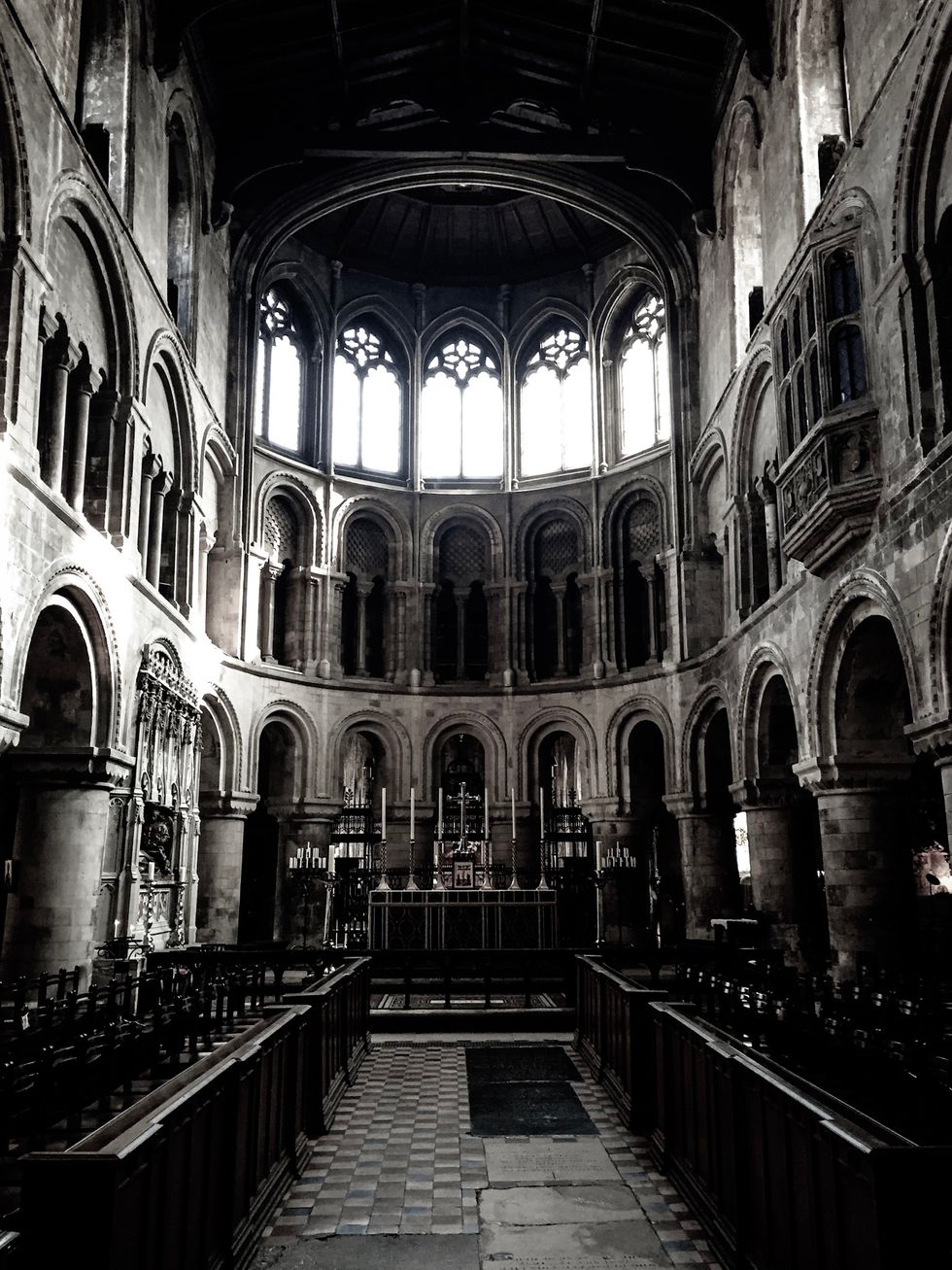 Amidst an ongoing battle against a global health crisis, there is no definite answer as to whether or not it is safe to travel anywhere. As a student, one of the things that we were suggested to do for our socio-emotional learning day is to take a virtual trip anywhere, from our own national parks to Machu Picchu to The Louvre.

That is why I'd like to pass it forward and ask you to use your imagination as I invite you along on a journey to a particular sanctuary established on the grounds of Smithfield by Rahere, King Henry I's jester and the soon-to-be founder of St Bartholomew the Great.

Little is known about Rahere's early life besides the fact that he was a favorite of King Henry I. However, following the death of both the queen and heir to the throne, Rahere repented and set on a pilgrimage to Rome. It was in Italy where he became almost fatally ill and began to pray for recovery. On the verge of death, Rahere had a vision of St. Bartholomew the Apostle who instructed him to build a place in London where the poor could be treated.

Bright and early, I eagerly walked around Smithfield searching for this very church that Rahere established upon his return in 1123, which was hidden behind rows of unopened storefronts, cafes, and pubs.

Among all the Victorian-era buildings, the church gatehouse's zebra-like pattern of exposed timbers perpendicularly laid over white plaster is unusual. The sight of Tudor architecture is uncommon in London nowadays; this was a style which disappeared in the flames of the Great Fire more than three hundred years ago.

Upon passing through the wooden doors, a dusty scent hung in the air as well as the presence of a solemn and quiet atmosphere. The tattered epitaphs of noblemen lay directly beneath my feet and incense billowed above the mesmerizing sight of a massive organ. The room opens up into a choir hall, which is surrounded by towering stone archways extending up three levels - a style borrowed from the time of the ancient Roman Empire.

With the construction of the interior, there is a focus on symmetry, towering features, and simple rounded shapes - all of which are associated with Norman architecture, a style that predates both the Victorian style seen on neighboring buildings and the Tudor architecture of the gatehouse. The use of such features gives this small monastery an astonishing appearance.

I found myself admiring the tiniest of details as I slowly walked along the pews. At the far end of the sanctuary lies the Gothic-style tomb of Rahere. The winged creatures and ornate spires which decorate the tomb's canopy are detailed reenactments of Rahere's vivid dream; one where he was held over a pit by a winged creature, only to be rescued by St. Bartholomew.

The church also has its fair share of stories, with the most notable concerning the theft of Rahere's foot. Large-scale renovation began in the mid-1800s which required Rahere's tomb to be opened and moved. A workman who stole the priest's entire foot, sandal and all, returned it after claiming that he fell ill in the days after his act. Unfortunately, the bones were misplaced and it is believed that every year on July 1st, Rahere's ghost roams the aisles in the early morning in search of his missing foot.

Smithfield was no stranger to barbaric executions either. William Wallace was a Scottish knight who was instrumental in the First War of Scottish Independence. After being tried for treason and war atrocities in Westminster, Wallace was brought directly outside the church where he was hanged, cut apart alive, his bowels burned, and his tar-dipped head placed on a pike atop London Bridge.

As recorded in John Foxes' book Foxes' Book of Martyrs, condemned heretics who refused to renounce their allegiance to a dissenting faith were chained, decapitated, and burned alive outside the gatehouse throughout the Middle Ages and the Renaissance.

Despite a gruesome past, it is undeniable that seeking serenity here has always been a worthwhile experience. Though originally founded as a place of refuge for the sick and poor, St. Barts has become a place for everyone to find healing and safety within its walls. Its distinguishable appearance, combined with its abundance of several hundred year old stories from English history, has solidified its role as a place of solace and will continue to do so for centuries to come.

A view of the choir and sanctuary, with the tomb of Rahere to the left.

A look at the entrance of the church from the South Aisle.

The epitaphs of deceased patrons to the church line the checkered floor of the South Aisle.

A statue, donated by Damien Hirst, of St. Bartholomew who stands by the entrance.

Overlooking the choir is an organ which has replaced several others since the first installation in 1715.

Peering into the North Transept which is typically reserved for private prayers.