Our sightseeing and excursions included a few stops for gelato (because yes, it's just that good). 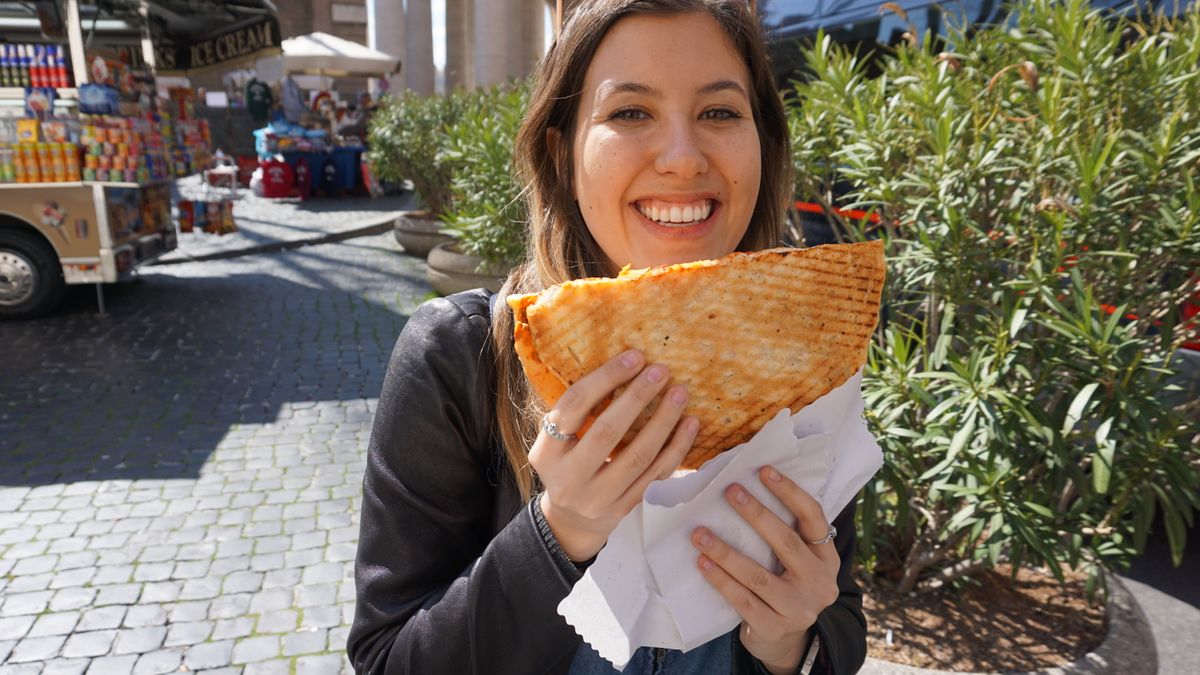 Over the past five days, a group of my friends and I had the opportunity to travel to Italy for our spring break. We were more than thrilled as pictures online showed sunny skies and endless beaches, a completely different scene from Ireland's continuous green hills and constant rainy days. Despite our hopes for a change of scenery, the weather forecast for our journey was not as pleasant as previously promised. My phone gave a prediction of cloudy skies and of course, rain.

The four of us left early Friday morning for a 6:10 flight out of Dublin. Everything seemed to be going well: We had made it through security and boarded the plane.

I ended up sitting next to a family of four. The parents incessantly cursed and yelled at their maybe 13-year-old son, Sean. "Shut the fuck up, Sean" was the frequent phrase I heard in and out of my nap on the plane. Poor Sean, as I never heard him speak once.

Even with an interesting flight into Napoli, Italy, I had high hopes. The weather was rather warm, much warmer than expected, so I had to shed some of my layers of clothing I had piled on before the trip.

From the moment we walked outside, we received a number of stares from locals. Heads turned, and nothing about it was subtle, especially the looks we all received from the men. Though the creepy stares didn't make a great first impression of the country, a small group of Italian women assisted us in finding the public bus we were meant to take all the way to our Airbnb. No one spoke English, so we were extremely grateful for their patience.

Within 20 minutes a police officer entered the bus and approached us... only us. He asked us for our bus ticket to which we responded that we did not know where to buy one. He did not speak English either. Next, he handed us a laminated sheet of instructions informing us that we had broken the law and were now being charged with a ticket that will be 69 euro per person. It was a wonderful way to begin our vacation.

The officer realized how confused we were and made an exception, only charging us 50 euro for all four of us. Thank goodness.

Naples, or Napoli, was a pleasant place to stay. Our Airbnb was beautiful with a perfect view of the ocean right from our balcony window. It was close to the metro, which allowed us to easily make our way to and from different areas of Italy.

The next morning, we woke up early once more and started our day towards Rome. The amount we were able to squeeze into 16 hours was ridiculous and also well worth it. Our sightseeing and excursions included the Vatican, the Sistine Chapel, the Colosseum, Pantheon, and a few stops for gelato (a treat we ended up getting every day in Italy, because yes, it's just that good).

The next day we had a guided tour of Pompeii. This was the trip of my dreams as I initially wanted a career as an archaeologist before my hopes of becoming active in communications. Pompeii was perfect, and our tour guide was extremely informative, and maybe a little too informative when it came to descriptions at our stop at the ancient city's brothel. I just remember the father of a 10-year-old wincing and frantically glancing at his son when the guide mentioned the use of different animal intestines as condoms.

Next, we climbed up Mt. Vesuvius, the volcano famous for demolishing the ancient city of Pompeii. The high elevation caused the sunny 60-degree weather to drop to the 30's and even surprised us with snow. I don't think I've seen so many people so cold and unprepared for the chilly weather.

The following day, we decided to just take a look around Naples. We went to the city centre, which we found to be extremely sketchy and basically not safe whatsoever. We also ended up buying food from the markets, as we had basically eaten a total of three meals the past four days. It was in these markets we met our new friend, Franco, who sold us relatively cheap bananas, oranges, and tomatoes. He also then offered us free espresso shots and let us sit with him for a few minutes while we rested our feet.

Our last day in Italy, we took a train to the Amalfi coast. We aimlessly walked around the small sea town with closed shops and an alarming amount of ceramics. We ended up eating some lunch and staying at a cafe for most of the trip.

After a long six days, I can say I have never been happier to be back in Ireland. Italy was a great change in scenery, and I loved every minute of it, but I was definitely ready to come back to my tiny dorm room and university surrounded by cows and sheep.