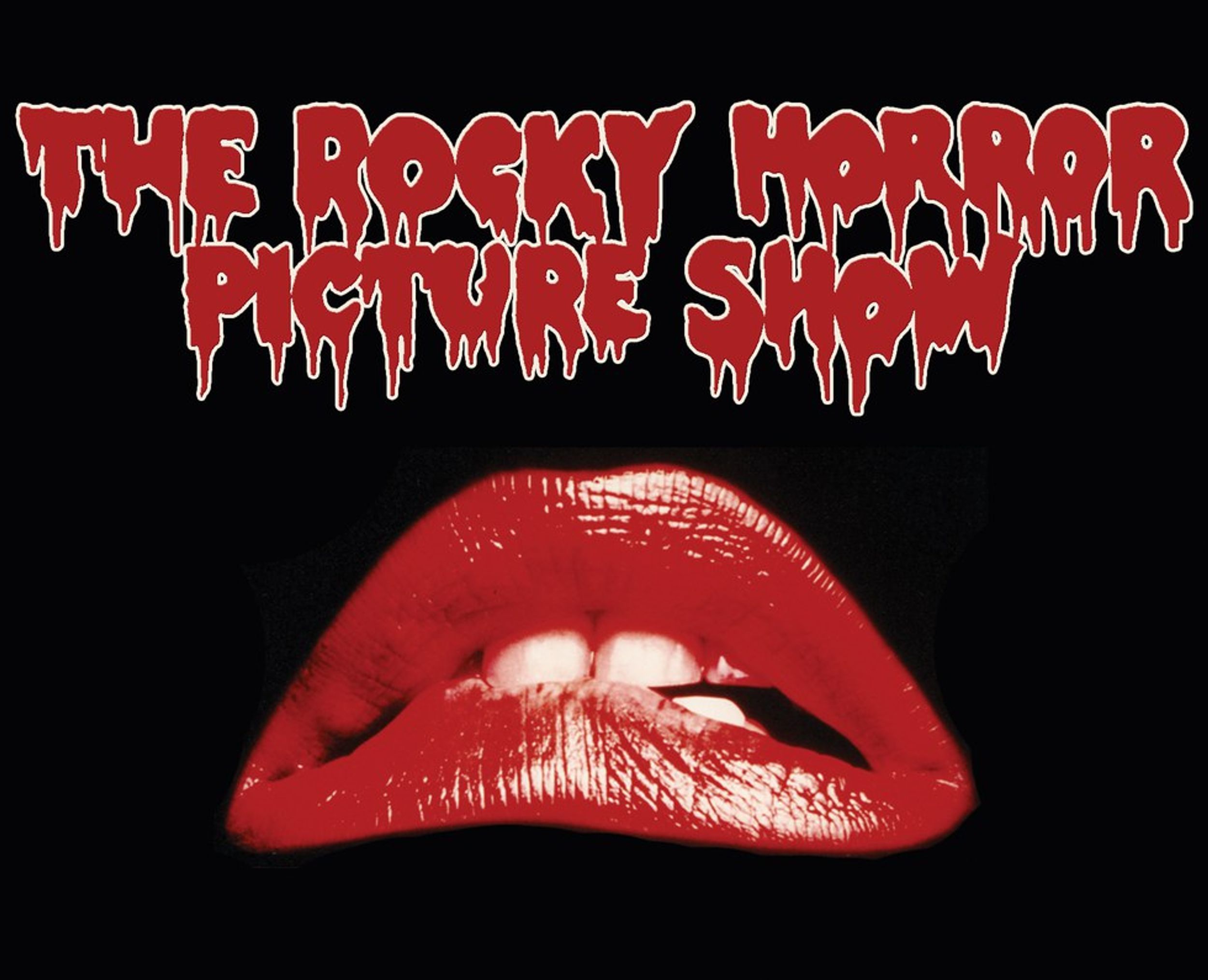 Ah, yes. To add yet another entry into my Spooky Spotlight series this October--with AHS: Hotel the first week, and xxxHOLiC last week--I'll be talking about one of my personal favorite "fun" musicals--The Rocky Horror Picture Show. Everyone's favorite musical about aliens, rampant sexuality, and sci-fi camp extraordinaire. I'd review the version that just aired with Laverne Cox, but since I was doing homework while my school did a showing, I only got to see bits and pieces. (Laverne Cox nailed the bits I saw, though! Bless.) So, this spotlight will be about the iconic original.

Now, I don't know how many of you have seen the original. But, most people in the USA at least know about it. Still, in case you aren't aware of this experience of a film, then believe me: You're in for a... trip. Yeah, that's a good way of describing this film. You're in for a trip.

This film follows the adventure of a young, white, suburban couple, Janet and Brad, who decide to get engaged and go tell the professor who was the reason they met, Dr. Scott, all about it. The problem is, on the way there, they get a extremely lost, their car breaks down, and they happen upon a sketchy as heck haunted mansion, lifted straight out of b-movies of yore. Ignoring every single movie trope ever, they go into the mansion to ask if they can use a phone, happen upon a conference (in the form of a dance party), and the owner of the house, Dr. Frankenfurter, played in this version by Tim Curry.

Dr. Frankenfurter has been, as of late, making a very special specimen--Rocky, the "perfect man". Brad and Janet then realize they've made a horrible mistake, and that they can't leave. Still, they're swept into a world of debauchery, sensuality, and some... adventurous experimenting to be had by all. I can't really go into too much detail, as that would leave the fun out of watching it, but it's most certainly a night that they won't forget.

The movie itself holds up well as a campy, fun time. It also is an interesting time capsule into the LGBTQIA+ community at the time of the film's making, having once been considered "cutting edge". Nowadays, it's a bit dated for reasons that I'm sure most viewers with a rudimentary knowledge of the LGBTQIA+ community can find almost immediately (it's Frankenfurter's solo, in case you were wondering). Still, this movie is a glorious, gaudy, fun romp that deserves a watch with friends so that you all can turn to each other, and ask, "What the heck did we just watch?"

The music is catchy, the costumes over the top, and the spectacle is ridiculous. It's a silly, goofy, wonderful adventure of a musical, and while it may be a bit too sexual for some viewers' tastes, it's a joy to watch while joking around with friends. Or, if you get the chance, see it with call-outs. I haven't seen it yet in this form, but my friends and I called out while we've watched it, and it's a bundle of fun.

So, this year, don't forget this Halloween--and year-'round--cult classic!

Caitlyn Morral
St Bonaventure University
1217
Wordpress
Odyssey recognizes that mental well-being is a huge component of physical wellness. Our mission this month is to bring about awareness & normality to conversations around mental health from our community. Let's recognize the common symptoms and encourage the help needed without judgement or prejudice. Life's a tough journey, we are here for you and want to hear from you.