9 Underrated Songs You Should Listen To, According To Your Enneagram Type
Odyssey
CurrentlySwoonLifestyleHealth & WellnessStudent LifeContent InspirationEntertainmentPolitics and ActivismSportsAdulting
About usAdvertiseTermsPrivacyDMCAContact us
® 2023 ODYSSEY
Welcome back
Sign in to comment to your favorite stories, participate in your community and interact with your friends
or
LOG IN WITH FACEBOOK
No account? Create one
Start writing a post
Entertainment

9 Underrated Songs You Should Listen To, According To Your Enneagram Type

You are what the mainstream radios don't play. 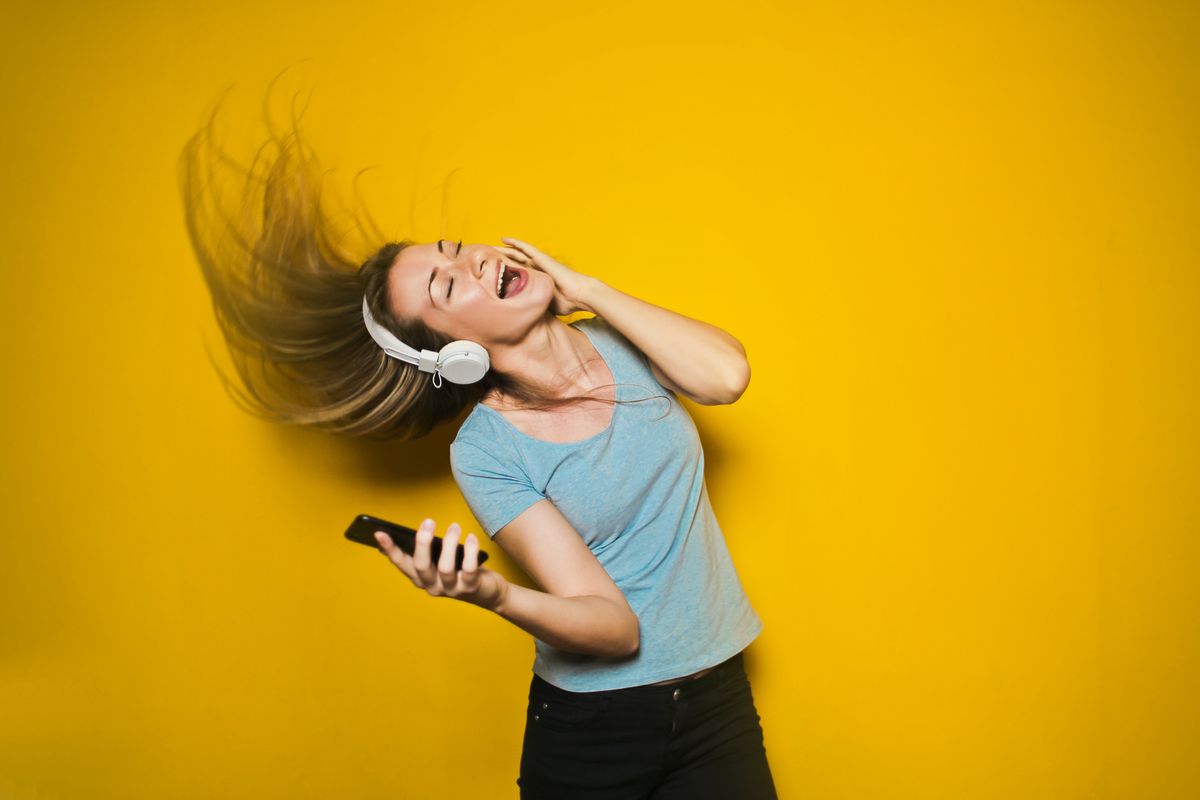 "Wow, this guy is such a Four," my sister laughed, shaking her head.

We were headed to a friend's birthday get-together, and I was forcing the entire car to listen to an old CD of twenty øne piløts tracks that didn't make it to their main three albums. Rose had discerned Tyler Joseph's type within a minute or so of "Forest."

The song ended, and the first notes of "Kitchen Sink" floated through the car speakers. He barely got out the first line ("Nobody thinks what I think") before she was repeating her sentiment: "What a Four!"

It was in no way a bad thing, just a moment of my nerdy sister indulging in one of her recent favorite topics: the Enneagram. From the lyrics of the songs, she could (kinda accurately but maybe not) type the artist. And the songs just happened to be a couple of my all-time favorites.

It got me thinking: Do I like these songs because I'm also a Four? Are there certain songs that appeal to certain personalities?

I'm just going to assume yes, there are, otherwise this article is a complete waste.

But my Four, gotta-be-unique self couldn't leave it at "Songs You Should Listen To According To Your Enneagram." Oh, no. These songs needed to be underrated, ones the average person didn't even know existed.

(Okay, before you typecast me and assume I'm some ultra-pretentious hipster: I'm not. And I'm not even exclusively anti-mainstream! I just happen to enjoy discovering music that wouldn't necessarily appear on the top iTunes charts or get overplayed on every radio station in all of existence. And not that there's even anything wrong with those songs either! I'm just going to stop.)

Ones, the Reformers, care about being ethical and all-around good individuals, and "Burn It Down" is an anthem for those who have always tried to be good but are now feeling slightly disillusioned. Listeners can either choose to interpret the call to burn it down as burning down this concept of being good or burning down their disillusionment. Either way, it's an emotional track that you'll undoubtedly put on repeat.

(Massive shout-out to Krysten Ritter for posting about this on her Instagram aka the only reason I heard about this particular song. I mean, massive shout-out and love to her for a bunch of other reasons, but that's a rant for a different day.)

I wanna be there for you, honey
Working my job and making money
I wanna be cool for you, baby
But I'm just a fool for you, girl
But you know you're my world

Twos are the Helpers, desiring to be loved and needed, often attaining this by taking care of their loved ones. These caretakers intensely love, and this song perfectly captures Twos' hearts. It acknowledges that "there's nothing wrong with being strong," but the singer can't help but want to take care of the person they love.

This song is all about wanting to be significant and great, much like the constellation Cassiopeia (and the vain Greek goddess the constellation was named after whoops). LAYLA sings of waiting for "what seems like an age / to feel a feeling like this...I never thought it'd be so good." Threes, as the Achievers who desire affirmation, attention, and feeling valuable, can relate to this search for significance.

Since I'm a Four myself, this song resonates with me. Individualists care about expressing themselves and creating an identity, and this whole song is about that very topic. Tyler Joseph (whom I join with my sister in suspecting of being a fellow Four) implores listeners to embrace their individuality and personal struggles and to transform it into art. It can be worthless writing or a wordless painting, but creating will cause purpose to surface and could be the beginning of defeating your demons.

No pressure at all, but this is one of the best songs in the world and you should be listening to it, Four or not.

Fives, the Investigators, want to possess knowledge and understand the world around them so as to better protect themselves. Their basic desire is to be capable and competent, which only happens through accumulating knowledge. However, the flip-side of discovering the truth is that it's not always pretty. While I do believe there's Somebody on the other side and a reason for this life, this song still confronts the fear Fives may subconsciously feel as they search for knowledge.

This song starts with acknowledging the "panicked stranger" in the mirror and the desire to "slow down the fear I bleed." Its chorus lauds the person in their life who helps the singer feel composed, hopeful and centered. Basically, this song is the epitome of what Sixes, the Loyalists, want: to fight against their anxiety and insecurity by feeling secure and supported by their loved ones.

"Wolves" is an underrated song for the literal party animal (ew, puns). Sevens, the Enthusiasts, aren't always the stereotypical party animal, but they do enjoy the worthwhile experiences in life, desiring freedom and happiness. They think they can rationalize their way out of negative circumstances and feelings, preferring to focus on the positive ones. This song could be interpreted as a night out, but it goes deeper than that. It's about the desire to be adventurous and enjoying life as it comes—exactly what Sevens want.

Eights are the Challengers, the self-reliant, powerful types who want to prove their strength, dominate their environment, and stay in control of the situation. "Dangerous Man" is the Eight's warning to everyone else: "Don't test me. Don't cross me. Don't try to control me. I'm far too dangerous to mess with." Every one of their bones are bad, y'all; you better steer clear (or just try not to make their decisions for them).

Hush now, baby, don't you cry
I'mma sing you to sleep tonight
I know it's strange and hard to grasp
The fact that we can't understand
The meaning of this life
But if we learn to look between the lines
I think that if we open our eyes
We're gonna see the sunrise
Everything, everything's gonna be alright

As the Peacemakers, Nines are concerned with maintaining harmony in their environments and within themselves, achieving inner stability and their own peace of mind. This song is a peppy anthem and proclamation that everything will be fine in the Nine's life and in the lives of their loved ones. Even if the Nine doesn't understand how things will work out, their comfort with paradoxes helps them cope with the ambiguity of the situation.

If you're not sure what your Enneagram even is, take this test and then go back and reread this article, noting how perfectly you relate to the song corresponding to your type.

I'm by no means an Enneagram expert (I ran each and every one of these song choices by my aforementioned sister), nor am I some kind of hipster music guru. Still, I hope you connected with your song and discovered something new about yourself—though I'd settle for simply adding it to your playlist.