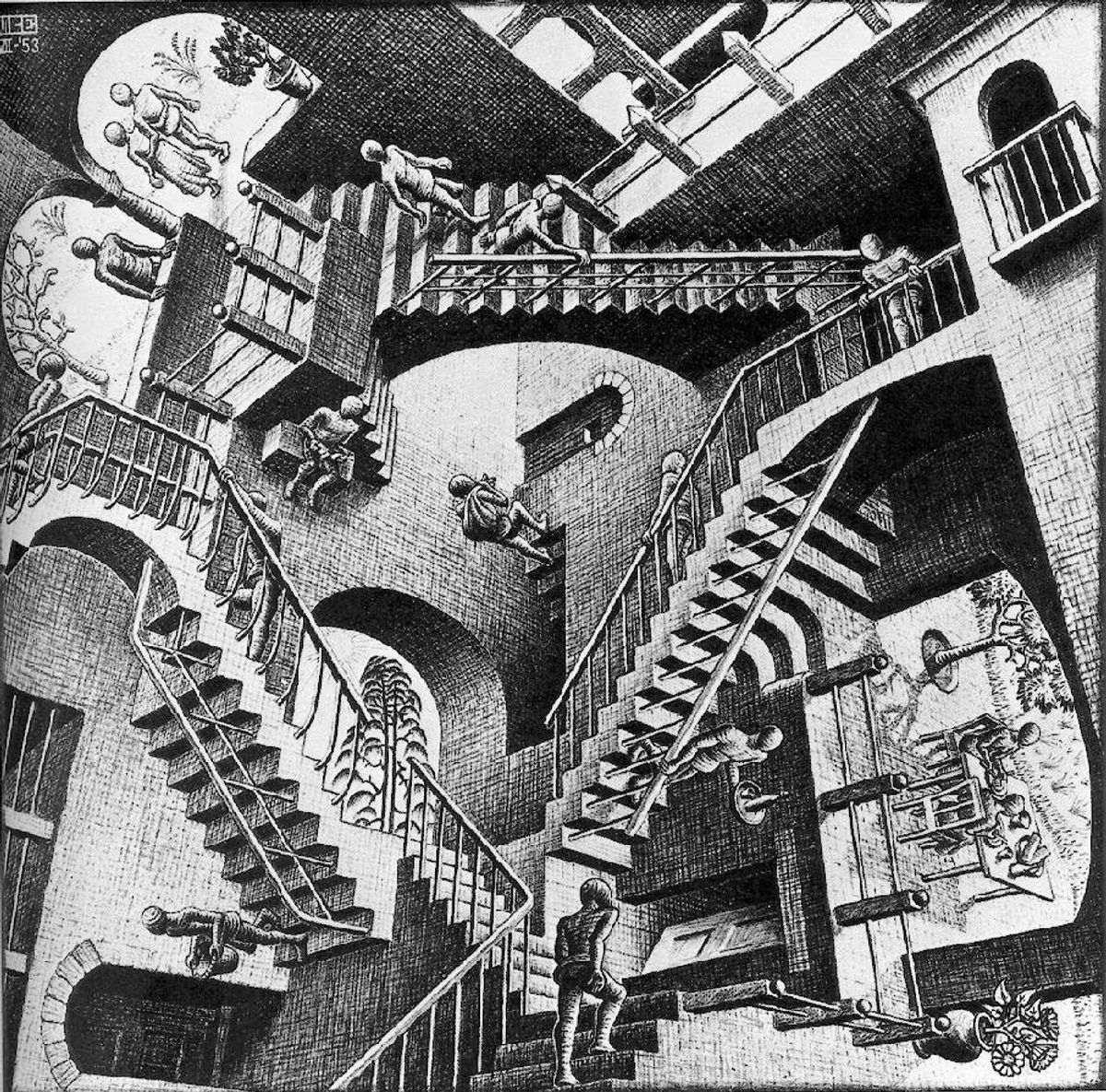 Tim was from . He was what polite people called “heavy set.” His body was composed of different sized ellipses. Tim’s steps always seemed to be accompanied by a controlled sway; the movement of a man who has adapted to carrying extra weight. Ironically, his voice was small; almost like his words were coming out to the smaller end of a funnel. Tim talked in bursts, often answering questions with either “Cuz”, “Man” or “Dog” escorted by a chuckle.

"Tim…Aren’t you supposed to be in class?"

While Tim’s voice contained the metallic “I” associated with southern dialect, it was usually gossamer.

"What’s wrong with your desktop."

"Cause you said you’re goin to buy a laptop."

"I know. Dog…That way I can IM people on one, and listen to my music on the other one."

His palms faced the ceiling. His head moved half a nod backward. His eyebrows huddled together as he stated these words. His body language asked its own questions. Each time Tim started his response with “dog” or “man”, the octave changed his answer into yet another question. Tim was a curious guy, but he always left me holding more of my own questions than his answers.

“There is no such thing as accident; it is fate misnamed” ~ Napoleon Bonaparte

Maybe your brakes went out, and you gasped at the lack of resistance from the pedal on your left. Maybe you were texting your best friend, dialing your boss, or changing the song on your iPod; despite the dexterity of your fingers, those tiny buttons were just too elusive. Maybe lunch in the car wasn’t the best way to save time between yoga and business meetings. Maybe you were more than “just buzzed” as you murmured goodbyes with lowered eyes and keys jangling like a knell to your slowed perception of the world. Maybe the weather became inclement at the bottom of a “I’m not asleep” nod; or a sneeze typhooned you into oncoming traffic. Maybe you just weren’t careful enough. Maybe you were just supposed to have an accident. Maybe it wasn’t an accident.

rel∙a∙tive (adjective) – connected with or referring to something

Coincidentally, Tim lived in the same university hall as me; on the same floor. My dorm room was linked to its mirror image by a pocket-sized bathroom that rarely showed the true signs of male occupancy; the sink and shower and toilet sported their original colors instead of the dreaded crust of yellow associated with boys and their inability to aim. Tim would pass from my neighbor’s room into mine, sliding through the door sideways before emerging with a full grin. We would exchange choppy sentences about one of the few things that mattered to the college undergrad.

"Nothin. Did you play yo game?"

"Not yet. Everybody’s waitin on Marcus."

John Madden Football was the cornerstone of our college experience; our being most males. Tim, a few other guys, and I played full seasons, drafted new players, threw our hats, and swore that next season would be different. Tim lived for off-season action; he traded players, renewed contracts, and signed free agents. No matter the situation, he ultimately harassed us until we agreed to play our games in a timely fashion.

"DeJuan… Man… What are you doing?"

"Nothin." My muffled voice snuck out from between my face and my pillow.

Something resembling the word “no” drifted to Tim’s ears as if it were supposed to be haunting him.

You don’t look so good, man."
Report this Content
This article has not been reviewed by Odyssey HQ and solely reflects the ideas and opinions of the creator.

Caitlin Marie Grimes
University of South Florida
11640
Beyond The States