Yes, I'm A Slytherin. No, I Am Not A Jerk.
Odyssey
CurrentlySwoonLifestyleHealth & WellnessStudent LifeContent InspirationEntertainmentPolitics and ActivismSportsAdulting
About usAdvertiseTermsPrivacyDMCAContact us
® 2023 ODYSSEY
Welcome back
Sign in to comment to your favorite stories, participate in your community and interact with your friends
or
LOG IN WITH FACEBOOK
No account? Create one
Start writing a post
Entertainment 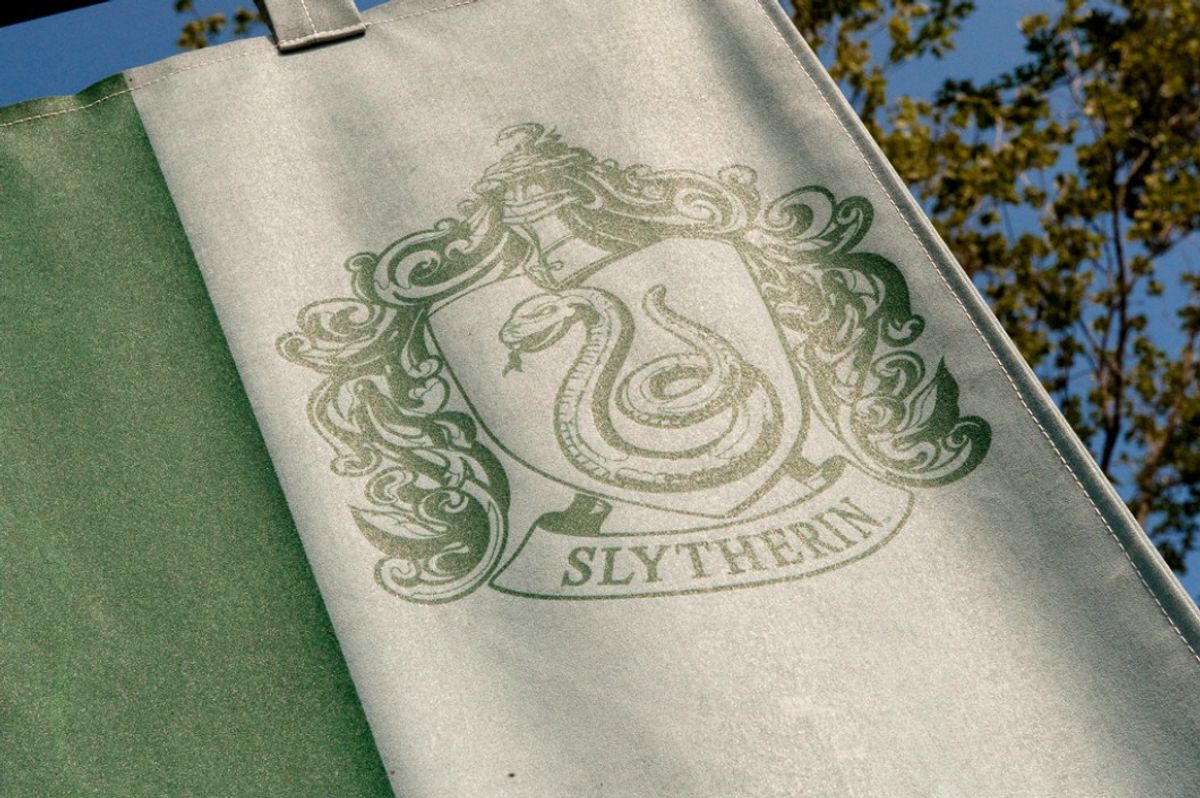 Even if you're not a massive Harry Potter fan, you know which house you'd theoretically be in, and if you don't know yourself, you can always ask your local Harry Potter Fanatic™. Lucky for y'all, that's me.

Ravenclaws are intelligent and shrewd. They make decisions based on logic and reason. They pride themselves on being able to solve riddles and puzzles and generally take the path of least resistance because it's almost always the smartest route.

They think ahead, plan, and prepare. You could almost call them boy/girl scouts if it didn't piss them off so much. Ravenclaws are the ultimate hipsters.

Gryffindors are brave, honest, and true. They defend their friends without a second thought, even if it gets them into trouble too. They always, always, always do the right thing.

They are almost comically brave, running headlong into situations that would've been easier if they'd sat down to think it out a bit first, but that's what makes them admirable. They don't care as long as they get the job done and it's done right. They are firey and passionate.

Hufflepuffs are gentle and kind. Hufflepuff, people reckon, is the house that you get stuck in when you have no real defining attributes. Hufflepuffs are "the other guys," people with no personality. Nothing could be further from the truth. Hufflepuffs are loyal to a fault, and they are wise in their own way.

They make some of the greatest friends. The pick you up when you're down and are always there for you no matter what. And they're also particularly good finders, you know.

This is where we get to the tricky bit...

Here's the thing about that...

Slytherins are complicated. Yes, okay. We can be overly critical and sometimes a little too self-interested. But that's only because of our extreme ambition. If you can find me a Slytherin who's ambition gets in the way of friendships, then they don't actually belong in Slytherin.

They belong in the trash.

Here's the deal though: our main house attribute isn't skulking in the shadows or plotting the downfall of other houses. It's ambition.

Slytherins are hard-working and always keep their nose to the grindstone. They are fierce. They are a force to be reckoned with. But that's because most of them have been through either severe trauma, or have been told their entire lives: "you'll never amount to anything," or "you can't do that!"

Ambition is always seen as not forthcoming. It's sneaky, underhanded, and almost always a negative quality especially in women. But people who would do anything to reach their goals are some of the greatest people.

They often help each other up the ladder when a rung comes out from under someone else.

They delight in telling others of their creative, different solutions to problems because our secondary characteristic is cunning. Because the word has pejorative connotations, though, people often equate cunning with slyness or subversiveness.

Here's the thing that most people don't realize though: Slytherins are not only ambitious for themselves, they're ambitious for those they love. They are the biggest cheerleaders and the best supporters. They often set their own physical, emotional and mental needs aside if it means helping a friend.

Slytherins chronically put themselves last if they know a friend desperately needs them. Slytherins do not know how to self-care. We constantly have to be reminded that sometimes, it's okay to be the most important person or the one who needs to be taken care of the most at that moment, as long as it's not all the time.

But most of all, Slytherins just need love. They need to be accepted. Slytherins aren't evil. Far from it. We're not sinister or sneaky just because we want to excel and succeed. We're also extremely protective and endlessly loyal. I'd do anything for my closest friends and they know it.

We may sometimes be a bit darker than other people, but that's mostly because, like I said earlier, we have seen some shit. I don't know one Slytherin who hasn't been hardened by a loss or trauma. That's not to say that all Slytherins grow up in poverty, fighting their way off the streets.

It means that all Slytherins have a certain level of maturity, of retrospection that others may not have. Every Slytherin can take a situation and think about how they might've reacted when they were younger, and know that that isn't how they'd react now. (I direct you to Draco Malfoy, one of the truest Slytherins ever.)

We may have a hard, harsh exterior, but that doesn't mean no one can ever break through.

I'm proud to be a Slytherin, and if you meet one, you should tell them to be proud too.