Is This Even A Story Anymore?

Is This Even A Story Anymore?

An in depth look at Slacker 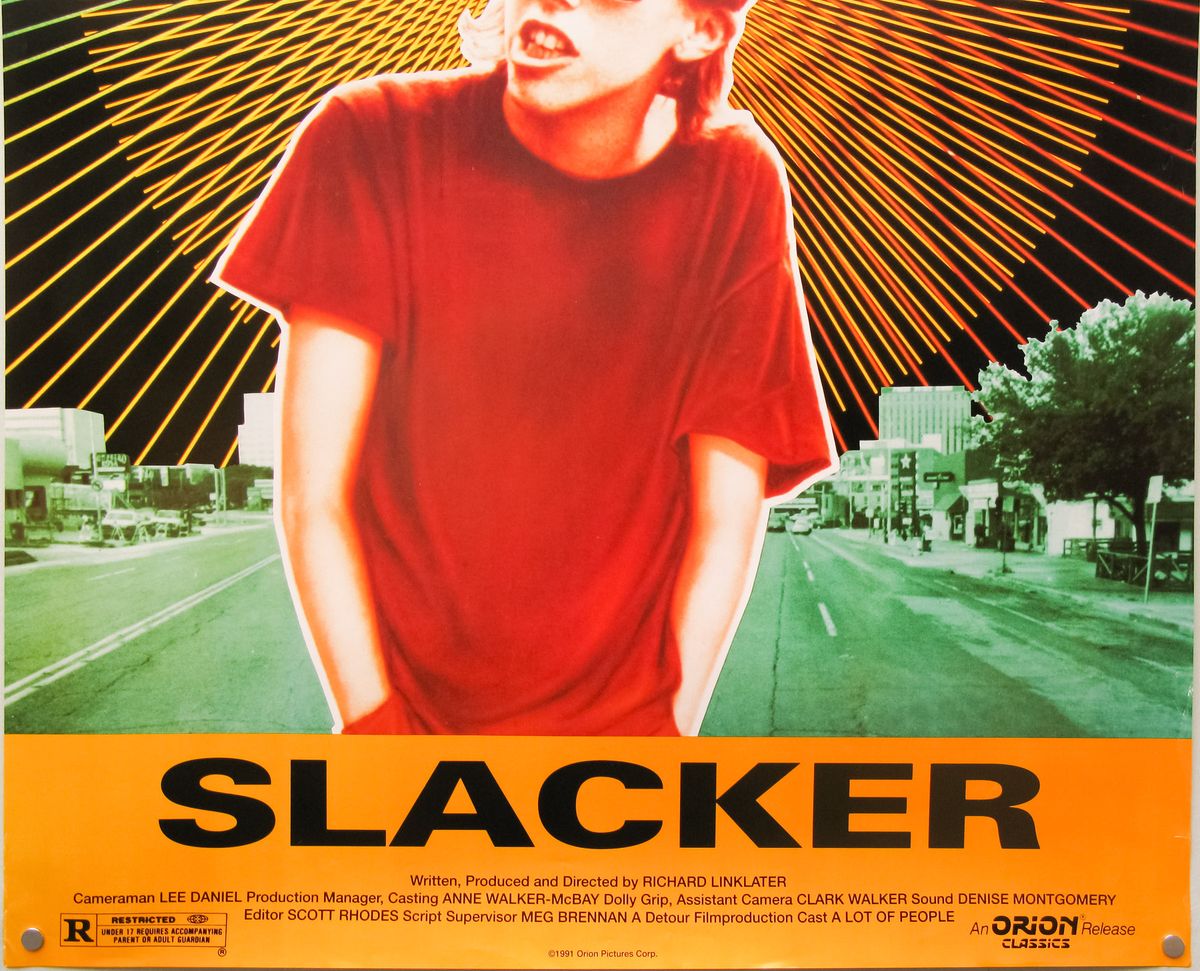 So Slacker might be my favorite movie of all time, it’s weird and so different from any other movie out there. If you don’t know, this 1991 cult classic follows a single day in the life of a diverse group of young adults in Austin, Texas. The film never stays with a single character or group more than a few minutes before it changes to someone else in the scene and follows them. Just when you start to get comfortable with a character, you’re uprooted from their life and placed in the shoes of someone else entirely. Some may say it’s a gimmick but honestly sacrificing an overarching plot for many smaller, unrelated ones is kinda a stroke of genius and perfect for my fifteen second internet attention span.

Upon rewatching it recently I was struck by the notion that this movie, for all its fun experimentation, might not even be a story at all. To determine if this is true or not it’s necessary to define what the most basic tenants of a story are. First it needs a plot, something must happen. A coach potato watching TV all day isn’t a story because, at least to the outside viewer, nothing is happening. But say Mr. Coach Potato, while melting into the sofa came upon some great philosophical epiphany or realization about his own self, then we might have a something. This brings me to requirement number two, that is that all stories must have character development. If a charter doesn’t change by the end of the story, then not a lot must’ve happened to them in which case what’s the point of the story. Finally, the story has to have an underlying meaning. This allows the audience of said story to walk away with some kind of knowledge they didn’t previously posses. So does Slacker, a movie about a hundred different nobody’s doing nothing fit this criteria? Is it a story? Let’s find out.

First off this definitely isn’t a boring film. When some think of independent, experimental films they get this warped image of a French avantgarde piece that is too memorized by its own vague philosophical questions to actually put in the effort to have something interesting happen. Never fear cause that is the complete opposite of what we get in Slacker! Following down to the earth bohemians, this movie has a memorable, if not eccentric moment in every scene. I don’t want to give too much away but here are just a few of the quirky characters this film follows: A sadistic son who commits a hit-and-run on his own mother, a JFK conspiracy theorist and my personal favorite, a hipster woman trying to sell a Madonna pap smear (this actress being the drummer of The Butthole Surfers). So in case you were worried this movie might be a drag, don’t. There’s weirdness round every corner that’s sure to keep you locked in.

Next up and perhaps the hardest out of the three to justify, is character development. Now as you could’ve already guessed there really isn’t any. Aside from the occasional meaningless epiphany by somebody or another, there simply isn’t time for any of the characters to change. While some might discredit the movie on this ground I would argue different. It is in fact this lack of character development that highlights one of the movies central themes. Slacker is a look into a subculture of over educated youth who are part of the emerging generation of societal non-participants. By subverting the idea of growth in any character, the movie emphasizes the way in which these individuals remove themselves from society and refuse to develop with it. Instead bearing the role of hermit so that their ideas, philosophies, and way of life may not be squandered.

As already expounded upon in the previous paragraph, Slacker has an overarching meaning, to better understand why this is so significant a look into the historical context of the time is necessary. Yall didn’t come here for a history lesson so I’ll keep it brief, basically the early 90s saw the end of the Cold War and an economic downfall due to the Reagan administration’s trickle-down economics. Suffice to say, the value system America was brought up on for the last 50 years was completely irrelevant. By abandoning traditional story telling elements and focusing on societal misfits, Slacker is able to shine a light on this and let audiences know a new age has dawned. One where there’s not a whole lot to be scared of and nothing tying you down to the outdated American Dream.

Slacker is a weird movie to be sure and it may not be for everyone, but you’d be surprised how entertaining a movie about nothing can be. Its’ quick pace and oddball characters are sure to keep you entertained and it’s perfect for anyone who gets bored sitting through an hour and a half of the same story. So if you got some time to kill you can find the entire movie for free on YouTube, it might just become your favorite movie too.