Why keep funding art if kids don't even "get it"? 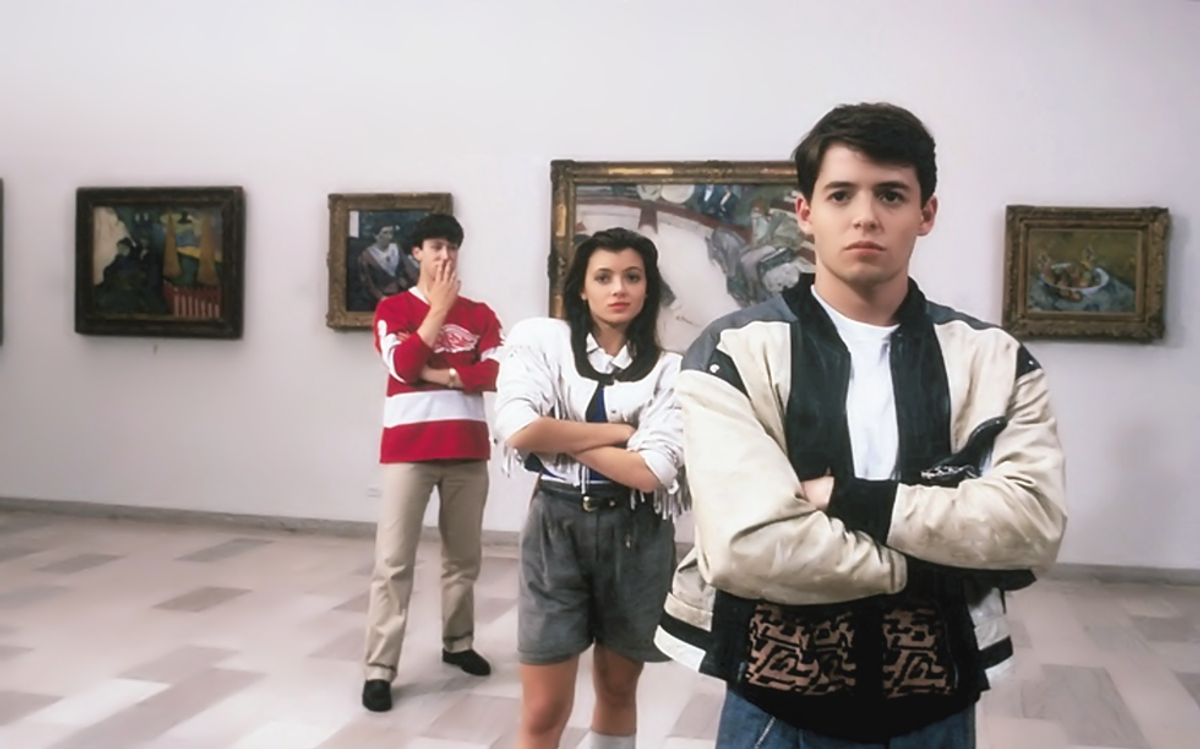 Art. What is it? Does anyone know? We build entire buildings to put art in and then walk around for hours and stare at this "art". That's pretty cool I guess, but does it actually have any function? Any purpose at all? I mean does it mean anything to anyone? I just don't know. With art on the same potential brink of extinction as facts and public radio, I want to see if art has any resonance with younger people. I turned to my younger siblings, Max aged 17 and Ruth aged 11, and asked them to interpret pieces that they'd never even remotely heard of much less seen before in an attempt to discover if art is worth preserving.

Max: I'm confused. I don’t know what’s going on here. I literally have no idea. It’s just a lot of colors. I can’t get any structure.

Ruth: I think there might be a face. It's a very sad piece. It's a toaster and it's sad because he burnt the toast and there are flames coming out of the top.

Ruth: Same as Max. Sort of. This guy likes the person, maybe they're having a date on the water like at a restaurant. He wants to marry her but she lives far away. He's thinking "I have to stay at home and work, but on the other side I want to marry her."

Piece 3: Salome with the Head of St. John the Baptist by Andrea Solario

Max: It's a very delicious meal for Satan. This guy was a human sacrifice; he knew what his head was going towards. Yeah.

Ruth: This is like Alice in Wonderland, like the Queen of Hearts. Maybe it's one of her ancestors, since she loves heads? "I want your head" so she has someone's head here.

Piece 4: Nini in the Garden (Nini Lopez) by Auguste Renoir

Max: Someone in a garden knitting. Alright, Ruth.

Ruth: It looks like someone's sitting in a garden. No, they're at someone's grave and I think they're praying.

Ruth: It's like when you've been sitting for a while and you finally stand up and you're like "oof". Or when you stretch.

Piece 6: Fragmentary Colossal Head of a Youth by Some Ancient Sculptor from 2nd Century B.C. Greece

Max: It's like the villains from the last two Doctor Who Christmas specials, the ones who rip off half their face and they're keeping something in their face! I don't really know why he's missing half his face, but he is.

Ruth: This person is blind, but not in the sense that she can't see, but that she doesn't know that people are talking about her behind her back.

So, it art worth it? Does it mean anything? Take it from a 17-year-old and an 11-year-old, obviously there is something special there. Maybe the current administration shouldn't actually defund the arts; it seems to be worth something to at least two people.