'Sing Street' is a Classic musical that is too often forgotten 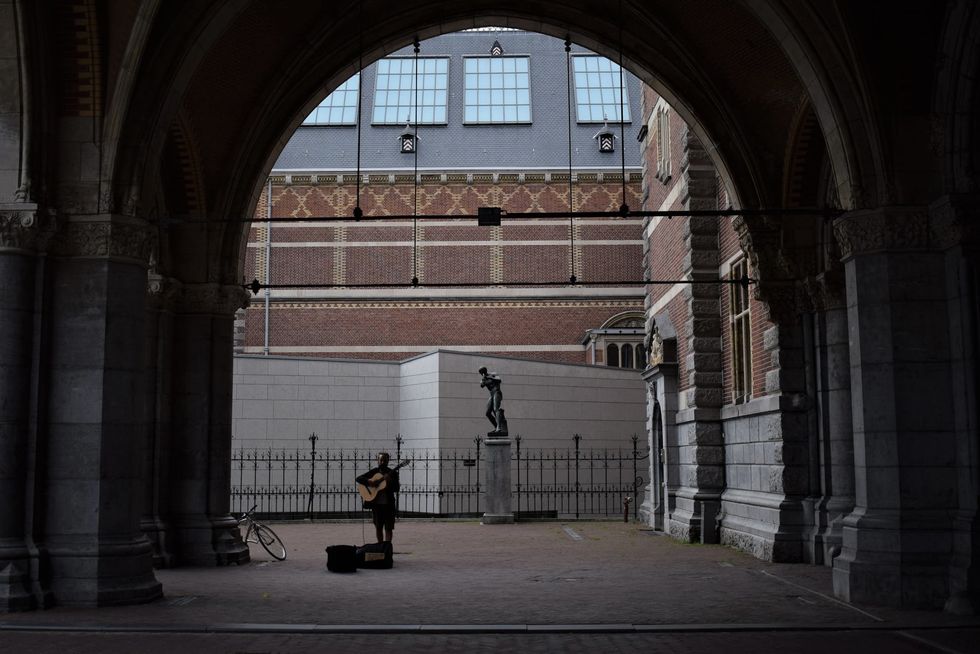 This week, Mamma Mia! Here We Go Again hits theaters nationwide. This is coming off the heels of a recent run of extremely successful musicals over the past decade, such as the Pitch Perfect franchise, Les Miserables, La La Land and The Greatest Showman.

However, there's one great musical that seems to be forgotten in this conversation. That is Sing Street, an Irish film released in 2016 directed by John Carney, who's had a great deal of success with his previous two film releases (Once and Begin Again). This film, about a teenager named Conor (Ferdia Walsh-Peelo) forming a band with some classmates to impress a model named Raphina (Lucy Boynton) in the mid-1980s, is an extremely entertaining and emotional film that more people need to see.

Here are a few reasons why Sing Street should be considered amongst other classic musicals.

Given the name of the film, you'd think that the writers and filmmakers would work hard putting the film's soundtrack. The team delivers with a strong homage to the fantastic music of the 1980s. Thus, the soundtrack features many hits from the 80s that help Conor create his own music.

Some of the songs included in the soundtrack are "Stay Clean by Motörhead, "Rio" by Duran Duran and "Maneater" by Hall and Oates.

However, the highlight of the soundtrack is the new songs written for and performed by Conor's band Sing Street (named for the kids' school, Synge Street Christian Brothers School, or CBS). The songs are not only catchy songs that will make you get up and dance.

They also are great songs that Conor uses to express his character growth. The first two songs he writes, "The Riddle of the Model" and "Up," are love songs to Raphina that convey the mystery and excitement teenagers have when they first fall in love. "To Find You" is about the struggle Conor goes through with his family and dealing with his complicated relationship with Raphina.

"Drive it Like You Stole It" punches home the message of the film that people should take risks in life and go for their dreams.

This is only four of the amazing songs. The songs in the film are not only great pieces of music, they also emphasize the changes and dilemmas the characters face in along with the overall message of the film. That makes this one of the best soundtracks of the last decade of film.

The characters from Sing Street getting ready to perform.

On top of the great music, the characters themselves are a great group of people to jam with. While most coming of age films feature completely stereotypical archetypes (the jock, the bully, the nerd, etc.) this film goes above and beyond those stories by making their characters, actual teenagers.

Carney wanted his film to have characters that are real children, according to an interview he had with the Verge. You can definitely see this sentiment from the interactions between the characters. Every performance is authentic and the chemistry between all of the children is fantastic to watch.

Even the bully character is not just a typical jerk; because of his abusive father, all he knows is beating and belittling others. The film is most definitely carried on the shoulders of fantastic, natural characters.

3. Great Leads and a Fantastic Romance

Conor (left) working with Raphina (center) and Larry (Conor Hamilton, right) on their music video for "The Riddle of the Model."

At the center of the film are Conor and Raphina.

Starting with the leader of the band, Conor is a lonely kid with a difficult life. His parents are unhappy and have little money, forcing him to transfer to the cheap but crude new school in Synge Street CBS. So, he has to make new friends in a rough environment with a family in disarray. With the help of his older brother, Brendan (Jack Reynor), and his bandmates, Conor decides to break free of his comfort zone, take risks, and be original.

Him taking risks lead him to meet Raphina. While she seemed like a normal, attractive, rebellious girl at first, Raphina showed that there is more to her character than meets the eye. She too has a difficult family life and an older boyfriend who cannot commit. However, she tries to live with an open mind and a free spirit, dreaming of leaving Ireland and moving to London.

The two troubled teens have sparkling chemistry. Although they've only known each other briefly, they work off each other well and grow to care for one another. The leads in the film certainly stand out.

A picture of Coliemore Harbor, one of Sing Street's filming locations

On top of having great characters, John Carney proved to be a master behind the camera. The film is filled with well-composed shots, great editing, and some of the most beautiful locations in Ireland. The film even goes the extra mile when the band shoots music videos.

These scenes, while at a lower quality, are perfectly done and serve as another homage to the great, campy music videos of the 80s. While not often discussed, Carney and company deserve credit for making a well put together film.

Conor (in the left center playing the brown guitar) and the rest of his band jamming out in their music video.

On top of being a well-made film, Sing Street also manages to have a powerful message for teenagers and, really, all viewers: take risks, make the most of your life. Brendan reveals during the film that he wished that he took risks when he was in high school and that he pursued his dreams of being a musician.

Also, when Conor plays him a recording of a cover his band recorded, Brendan says that rock take risks and every high school and pub in Ireland has a cover band that wishes they were original. Thus, Conor writes and records original music with Sing Street and builds a relationship with Raphina throughout the film.

This is an important message as many people have difficulty pushing themselves and taking risks. People may think about doing something different and taking their lives in a direction that they'll enjoy. However, when people actually try to take action, they are too afraid to move forward and are stuck in non-fulfilling lives. People need to take risks, work hard and go for their dreams or drive it like they stole it.

Sing Street is a fantastic coming of age musical that goes above and beyond normal films of the genre. It is a film that is sadly unappreciated mainly because many have not seen the film. Do yourself a favor, "grab the wheel and own it" and watch Sing Street.