'Silence of the Lambs': The Indiana Jones of Horror Movies

'Silence of the Lambs': The Indiana Jones of Horror Movies

Get ready to trade your whip in for some fava beans and a nice chianti! 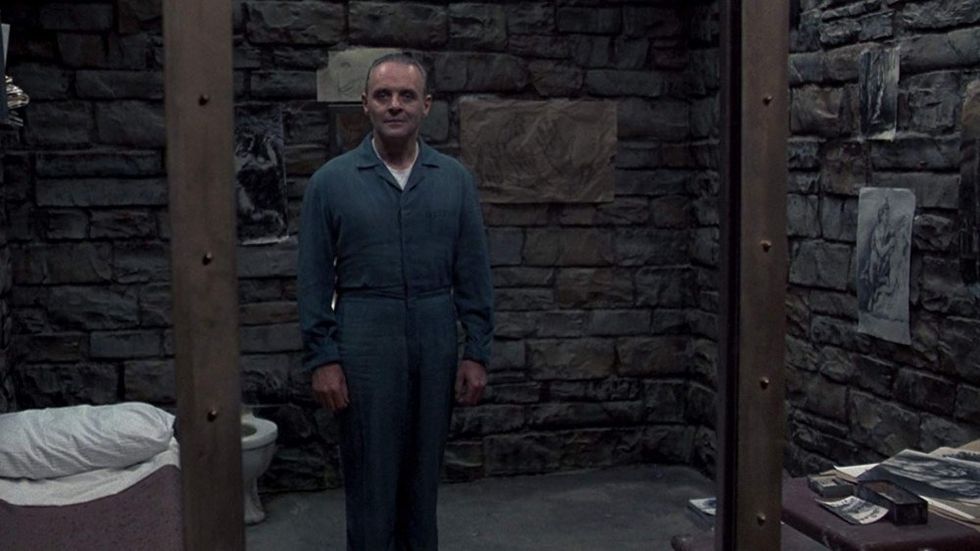 Chances are if you go to OU, you have some semblance of love for Halloween (I know I do!)

However this year, for reasons scarier than any overpriced haunted house attraction, many of us found ourselves at home passing the spooky hours with a big bowl of popcorn and a heaping helping of horror flicks. While many people enjoyed watching Laurie Strode barely escape the iconic Michael Myers, Or watching Bette Midler ham it up as Winnifred Sanderson, I decided to revisit another film. Plopping down my (frankly oversized) bowl of microwave popcorn, I threw on the DVD of Johnathan Demme's classic film, The Silence of the Lambs. As I was drawn back into this gripping and twisted crime procedural, certain elements of the film reminded me of one of my other favorite film series: the Indiana Jones franchise.

Now how in the world did I ever end up connecting these two seemingly very different properties? Let's break it down

From the opening moments of Silence, We are introduced to Howard Shore's epic and sweeping score. My first time watching the film, I wondered why they decided to go for an orchestral score. All I had heard about Silence before watching it myself was just how "realistic" it was, and how much it felt like you were experiencing a real FBI investigation. With a score by the guy who did Lord of the Rings, I figured this would just serve as a distraction from the story. As the film progressed, however, I realized that the score didn't just work with the film, but it added to some of the best scenes. When I thought about other films that had music that served a similar function, the first film that came to mind was Raiders of the Lost Ark. While not as consistently realistic as Silence, Raiders does have many real-world elements that are accentuated by composer John Williams' layered score. In both films the score actually contributes to the overall tone of the film, making it feel more epic and important

But so what? Music alone doesn't make two movies the same. A few of the smaller elements of the film have elements in common; Both have plots that center around traveling to many different locations, villains based on real-life atrocities and criminals (for Buffalo Bill he has elements of both Ed Gein and Ted Bundy), and very real portrayals of how their characters thin and make decisions.

But now we get to the one element that I find most similar between "Silence" and "Raiders": their relationship to their source material

While there is no direct source for the story of Indiana Jones, director Stephen Spielberg mentioned in interviews that he wanted Raiders to serve as both an homage and parody of old fashioned adventure serials from the 1940s. This was accomplished by telling an outlandish story with very grounded, realistic characters at the center of it. Indy isn't some kind of superhero in any of the films; He has his moments where he makes mistakes or finds things simply by a lucky guess. But the entire premise of the film is to recognize a certain genre or style of storytelling from years past. The argument I make is that Raiders does for adventure serials what Silence did for pulpy crime novels.Now let's examine the evidence for this: the film is based on the novel by Thomas Harris. While a very well written novel, elements of the story feel almost exaggerated and dramatized beyond what they would be in a regular true crime setting. My personal theory is that the element that serves the purpose of both homage and parody, is the infamous Dr. Hannibal Lecter. My first time watching the film, Lecter felt like a genuine part of the story and did not seem out of place in the very grounded world the film had established. The more I watched, however, the more I noticed the exaggerated nature of Lecter's character. The fact that this super genius, monologuing, almost omnipotent character was front and center in the movie, but was written so well and used so perfectly that no one saw him as out of place, is truly a testament to the magic of film. The reason Both Silence and Indiana Jones are so successful and widely accessible to most audiences is that it takes its story seriously, but allows itself to play around and stretch other elements to create a more engaging and gripping narrative.
Report this Content
This article has not been reviewed by Odyssey HQ and solely reflects the ideas and opinions of the creator.