15 Signs That You Grew Up In Sumter, SC
Odyssey 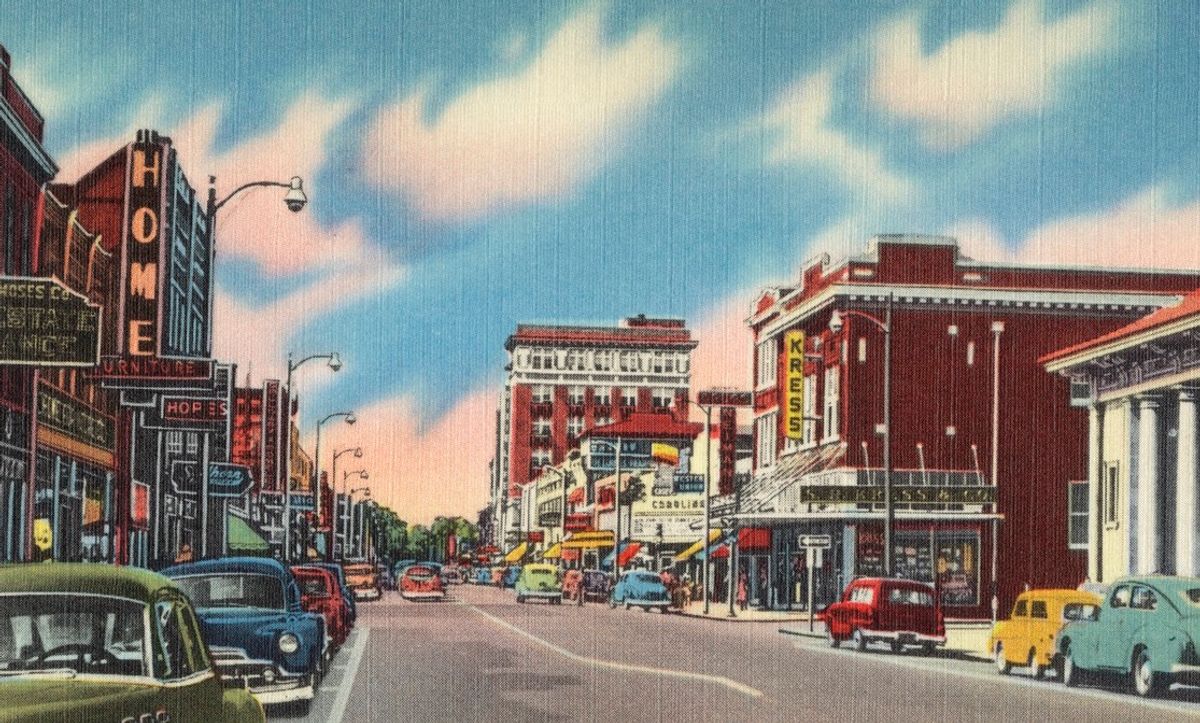 1. Ward's BBQ being part of your daily diet

Number one is Ward's BBQ. Oh my gosh, let me tell you... if you've been or live in Sumter and you haven't eaten at Ward's, you're definitely missing out. The rice and hash is AMAZING, the pulled pork is AMAZING, and the banana pudding is also AMAZING. Everything there is just great.

2. Sonic and the stereotypes on Friday nights

So in Sumter, Sonic (the one on McCrays Mill Rd) is always the place you can see massive lifted trucks with the beds filled with people being way too loud. I actually remember one truck had "Yoda" written on the front and I yelled, "OMG YOU LIKE STAR WARS TOO?!" Yeah, they weren't fans they just drove a Toyoda.

The one on Broad is, allegedly, "the stoners." But I only went there when the McCrays Mill one was out of Diet Coke.

If you live on Wedgefield Rd, you not only encounter the Sumter Speedway every day but it prevents you from sleeping on weekend nights. In my 18 years of living in Sumter, I have never been. Maybe I'll go one day, probably not though.

Sorry, that one was in all caps, but if you know me then you know that I am ALL about Mary Ann's Deli.The pasta salad is the only reason I like pasta salad, the vegetable beef soup is in my blood stream, the chicken salad is to die for, and the turkey dip?... Just give me 30. Plus the people who run it and work there are the definition of southern hospitality!

Dillion Park was my hang out in elementary school. I was always playing a rec sport so we were always out there. That's the place I scored my first soccer goal, saw a teammate's dad get kicked out of a game, and ripping my pants 5 minutes before a game started because I jumped the fence.

6. Seeing someone you know EVERYWHERE

It never fails. Everywhere you go in Sumter you are bound to run into someone you know or someone who knows a lot about you. And people aren't shy in Sumter... no buddy, they will call you out if they see you wearing the same sweats two days later.

7. You'd die for a caramel cake from Best of Seasons

I don't talk about Seasons too much because I'm still a little upset they closed it and took away my tomato pie... But they also made a caramel cake that tasted like pure heaven. If anyone would like to get that recipe for me... I really won't complain.

8. Your picture is up at Hibachi Grill.

I have a picture up of my sister and me and an ex and me. I can't find either.

9. You had a crush on Dr. Mitchiner growing up

I'm not embarrassed to say I had a crush on one of my doctors. This may be TMI but he totally saw my butt once... due to chicken pox.

10. Seeing snipers at the County Fair.

Yup, Sumter is known as the "Murder City" so of course, they are going to have snipers on the top of the Civic Center during the County Fair. What else are you going to do? Trust people?

11. You found the Thai House on accident

This place is a hole in the wall, if you don't turn your head when you pass it you won't see it. BUT I was lucky enough to stumble upon it when I was on my quest to find sushi that wasn't OSAKA and I think I've only eaten at Kobe once. Thai House has the best sushi I've ever eaten.

12. Cut Rate Pharmacy milkshakes have saved your life before

Cut Rate Pharmacy is like those small mom and pop stores you see in TV shows and movies. It's a pharmacy, general store, and a cafe. The milkshakes are what brought me in one day and I never regretted it. So if you're in downtown Sumter, find Cut Rate and get your prescription filled, a chicken salad sandwich, and a milkshake!

Plenty of, "Where should we eat tonight?" conversations have ended in, "Yucatan." Which is reasonable, because it's still the best salsa around.

Where else are you going to shop? Sumter's Belk never has anything for younger people and sometimes you can't drop $300 at a boutique.

I only went to one, but it was a pretty fun night. Definitely, wouldn't let my kids go though.

This one goes out to my hometown, my stomping grounds, and the place that I learned pretty much everything in. It saw me through a lot and I know that I can always come home to a smile and glass of sweet iced tea.