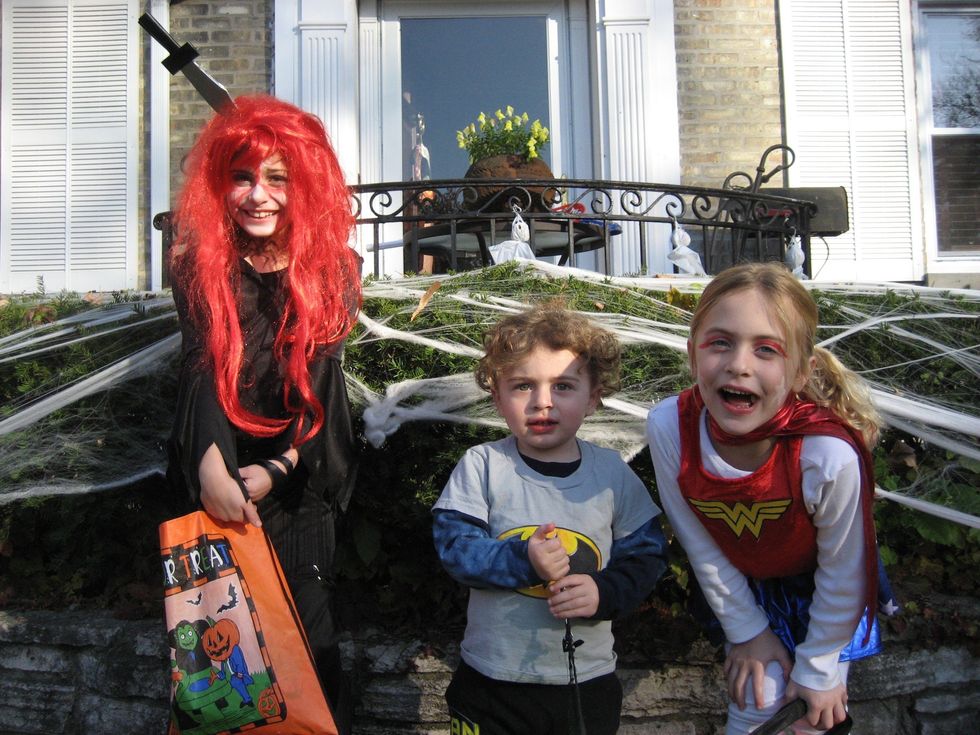 For the last 16 years, I've been navigating the ups and downs of having two younger siblings. Here's what I've learned from being the eldest daughter in my family: the good, the bad, the ugly, the goofy, the weird, the gross, and the profound.

You'll have to drive them around all the time

You've been pining for the sweet freedom of a driver's license for years, only to be surprised by your slow demotion to the family's designated Uber driver. You'll resist it at first. Eventually, you'll realize that the McDonald's drive-thru after practice is the ultimate power move.

It's not about you anymore

Though you once enjoyed the unwavering love and attention of your parents, be ready to embrace the ups and downs of being the forgotten child. Prepare yourself to be left behind in the bread aisle of the grocery store and become the smallest picture on the family Christmas card because your little siblings are way cuter.

Do not feed enchiladas to the family guinea pig

Trust me, it will be a whole thing. Avoid giving it human foods in general to avoid a backyard shoebox funeral complete with a YouTube rendition of Danny Boy. RIP Honey, you will never be forgotten.

Sometimes, items from your wardrobe will magically "disappear." Ultimately, the best solution is to just let her wear it. Let's be honest, you haven't worn that shirt in years and weren't planning to. Plus, you can use this as an excuse to wear something of hers in the future.

If you've been blessed with a little bro, you'll likely spend some time wiping snot off his nose and detangling G.I. Joes from his hair. Little boys tend to be sticky, smelly, and messy. They're lucky they're cute.

They'll get to do way more than you did

Your parents will become more lenient with each child, and you'll notice your siblings being allowed to do things you never did at that age. It's definitely unfair watching your brother get an iPhone for his 10th birthday when you were only allowed 30 minutes of Club Penguin on the family computer at that age. The best thing you can do is grit your teeth and pretend to be happy for them.

In addition to chauffeur, you're also your parents' free babysitter for life

Sometime around 6th or 7th grade, your parents will deem you responsible enough to watch after multiple human lives before you even get your braces off. This cruel labor exploitation will include a 20 on the counter for pizza and a 24-hour-rental of "Beverly Hills Chihuahua 2." You're the captain now.

You'll inevitably get blamed when something goes wrong

The heavy burden of everyone's mistakes now lay on your shoulders. Broken vase? Crayon on the walls? Forget about it. Even if something clearly isn't your doing, you'll still be in trouble for letting it happen.

These little monsters will invade your room, your life, and your privacy in general. Being an older sibling will force you to be generous and patient in chaotic situations. You'll learn to share every part of your life, even if you don't like it. You'll thank your parents for this skill...eventually.

When your little sister pees her pants at Disney World, tie a sweatshirt around her waist and help her pretend like nothing happened

The art of illusion. One of the best parts of having siblings, younger or older, is knowing you'll always have each other's back. In trying moments like these, it's important that they know this.

Nothing beats the feeling of watching a younger sibling on Christmas morning when they still believe in Santa Claus. It's one of the best parts of having little siblings. Enjoy it.

You're a role model now

Though you might not realize it at the time, you are their ultimate role model and they look up to you more than anything. You'll notice them mirroring your mannerisms, clothes, and phrases. Be careful what you say around them because you're actually a much bigger influence than you may realize. And remember, in the words of Oscar Wilde, "imitation is the sincerest form of flattery."

Sibling fights break out fast, but they're easier to get over than they are to start. A scoop of mint chocolate chip will help both of you forget what you were even fighting about in the first place. (Probably clothes. See #4)

You and your siblings will eventually develop a silent agreement. You secrets will bring you together, kind of like the mafia! There are just some things your parents are better off not knowing.

It's fun to embarrass them

Ah, the sweet satisfaction of showing up to their freshman year homecoming pictures. It almost feels like payback for all the years of turmoil they've put you through. You're doing amazing, sweetie.

You'll always have someone to hang out with

It's fun to take your siblings places! Plus, a Saturday night taking your little brother to the movies is much more worthwhile than a Saturday night disappointing your parents drinking warm beer in a friend's basement. Family is more important than anything, after all.

You're going to become a second mother

Before you know it, you're the Mama June to their Honey Boo Boo. You'll acquire angry mama-bear instincts. No one messes with the younger sibs. You'll also find yourself wiping lint off their clothes and clearing their places after dinner.

Looking at them will be like looking in the mirror

There is no one in the world you relate more to, because you literally share the same DNA. You'll even watch them go through the same cringe-worthy phases as you did.

You'll hate to see them grow up

There is nothing more surreal than watching your siblings getting older when you can still remember the day they were born. Get ready to ugly cry on birthdays and graduations. They'll still always be babies to you.

Lastly, you'll miss them like hell when you leave

It's a fact. After you move into your first home away from home, it'll hit you. You'll miss having those people you grew up with to live with, laugh with, and simply exist with.

They threw pillows at you from across the room. They embarrassed you in front of your friends and turned your whole world upside down. It's like you never truly realize in those moments that you're one of those few lucky people that get to grow up with younger siblings.

Eventually, you realize that little siblings are some of the best blessings your parents could have ever given you.