Millennials, Shut Off Your Phone And Admire Your Surroundings
Odyssey

Millennials, Shut Off Your Phone And Admire Your Surroundings

The earth is beautiful, stop and smell the flowers...literally. 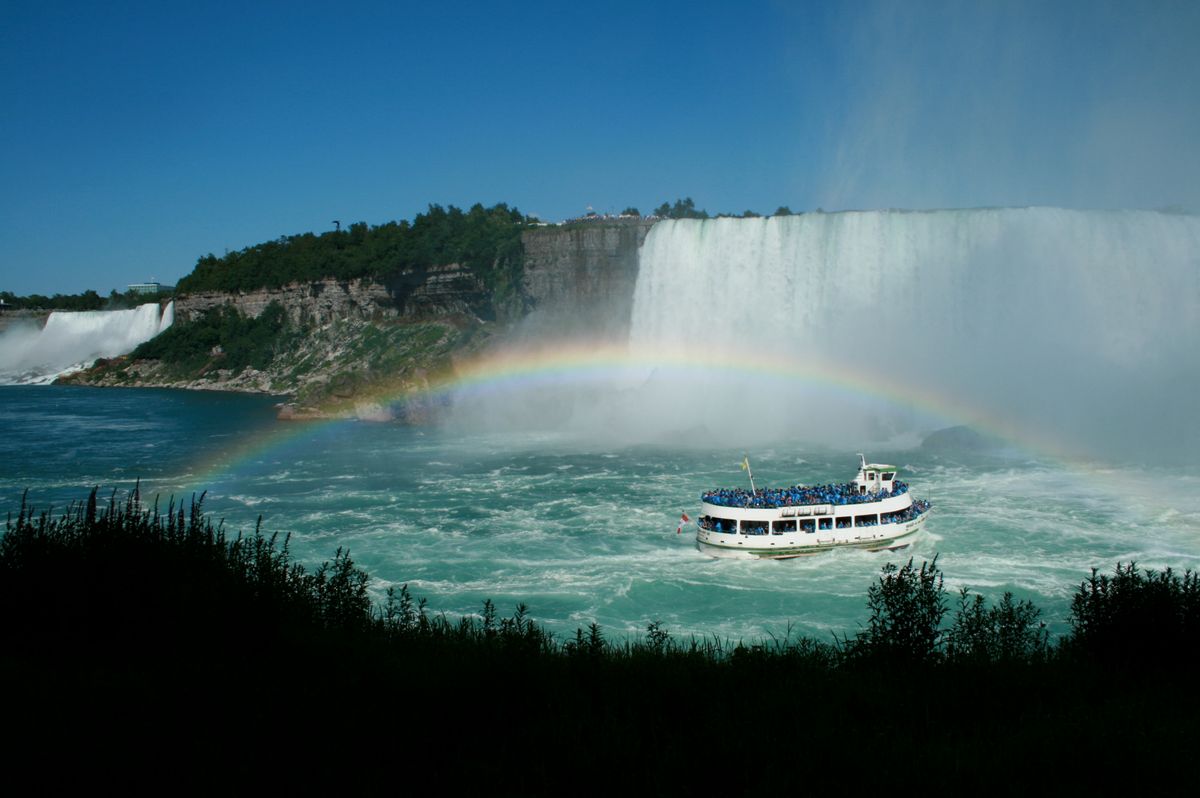 This weekend, I was blessed enough to take a trip to Canada with my family. We went to Niagara Falls, Ontario from Saturday to Monday. I had always wanted to finally use my passport and had heard that the Falls were breathtaking. We thought about it and two weeks later, the trip was booked and we were packed and at 3:30 a.m. we were leaving to be on our way. I slept through most of the seven-hour ride and woke up about an hour before we crossed the border.

As soon as I looked out my window, I immediately pulled out my phone for pictures. There were miles and miles of farmland, beautiful flowers, and even windmills. Yes, the windmills impressed me. I'm a city girl, and we don't have those near us. In a way it made me more excited for the trip, being that the land was naturally beautiful, and barely touched by humanity. When we crossed the border, it was like a photograph on the computer screen had come to life. There were all different people laughing and walking together, tall buildings (without hazardous smoke surrounding them), and most importantly, the Falls. I felt my jaw drop as soon as I saw them. The water is a blue-green color, but not the kind that would make you say, "Ick, what's in that water?" It falls so quickly that white waves form and mist fills the air.

This is the Falls from our hotel room. On the far left, that's the New York Side. The bigger one is the Canada side.

When in Niagara Falls, there is a lot to do. I never thought I would fall in love with a place so fast, but I caught myself smiling through any activity we encountered. We walked the whole strip of the Falls, went on a boat ride that takes you directly in them, and even got to go underneath them.

I am no history/historic scenery buff, and those are the types of things I try to avoid. However, this weekend, I've learned so much and I'm most certainly not mad about it. Niagara Falls is completely natural, which means no part of it is man-made. There is no way you can see this place up close and not fall in love. The fact that our earth is capable of producing something like this is amazing.

Here is up close to one of the Falls, called the Horseshoe Falls.

Going next to the Falls was unreal. This picture still doesn't even look like anything more than a postcard. It was breath-taking, and I was sure to snap as many pictures as I could.

After seeing the Falls, a flower showcase, a bird aviary, a butterfly garden, and much more, I decided I wanted to stay in Canada forever. I realized how beautiful our earth really can be.

A lot of times, being that I have anxiety, I tend to worry a lot more than most people about war, terrorists, natural disasters, and so on. I'm not at all saying those aren't things to worry about, but sometimes we all need to stop and take a few moments to also see the good that we have on this planet.

Even just thinking about the Falls is a stress reliever. I didn't understand why people were camped out with chairs and blankets to sit and watch a bunch of water keep falling, but after looking at it myself, I get it. Not only is it something you don't see every day, but it's also something that just mesmerizes you. And let's not even mention the Falls at night. Fireworks on the water, lights illuminating the Falls, and the bright flicker of city buildings in the background. I'm about to start searching for housing in Canada as I write this.

You may not have a chance to get to Niagara Falls or have anything like that near you. However, my point still stands,

Our earth is the only one we have, and despite some flaws, it is amazingly beautiful.

Go on a hike to a trail that not many people know of. Lay in the grass and observe the clouds. Take a cool picture of the trees. There are waterfalls, lakes, national parks, farms, and more that inhabit this entire earth. Stop deeming them as not important or overrated and not even giving them a second glance.

A cute (but giant) park that we got lost in, and wound up having a blast.

I never thought I would be one to advocate so strongly for things like this, but I explored the areas around me all summer. My days were filled with non-stop hiking and cool parks not many people know about. Every time someone would Snapchat me asking what I was doing, my answer would always be the same thing:

We only have one chance on this earth. We have one long run of being a kid, then a teenager/young adult. Even in adulthood, we have one chance. Instead of sitting in and playing with the newest Instagram updates, go to a small town you have never been to and explore it. Go crazy, live it up, and have fun (safely, for the most part) doing things you never pictured yourself doing.

Do something new today, but most importantly:

Stop looking down, and instead take a second to admire what's around you.

Emmaline B
The Narrative
82157
https://unsplash.com/photos/O0T1SIgHAfM