​Shrinking My World Down To Size

​Shrinking My World Down To Size

How I (didn't) cope when it's not American to be Oxfordian 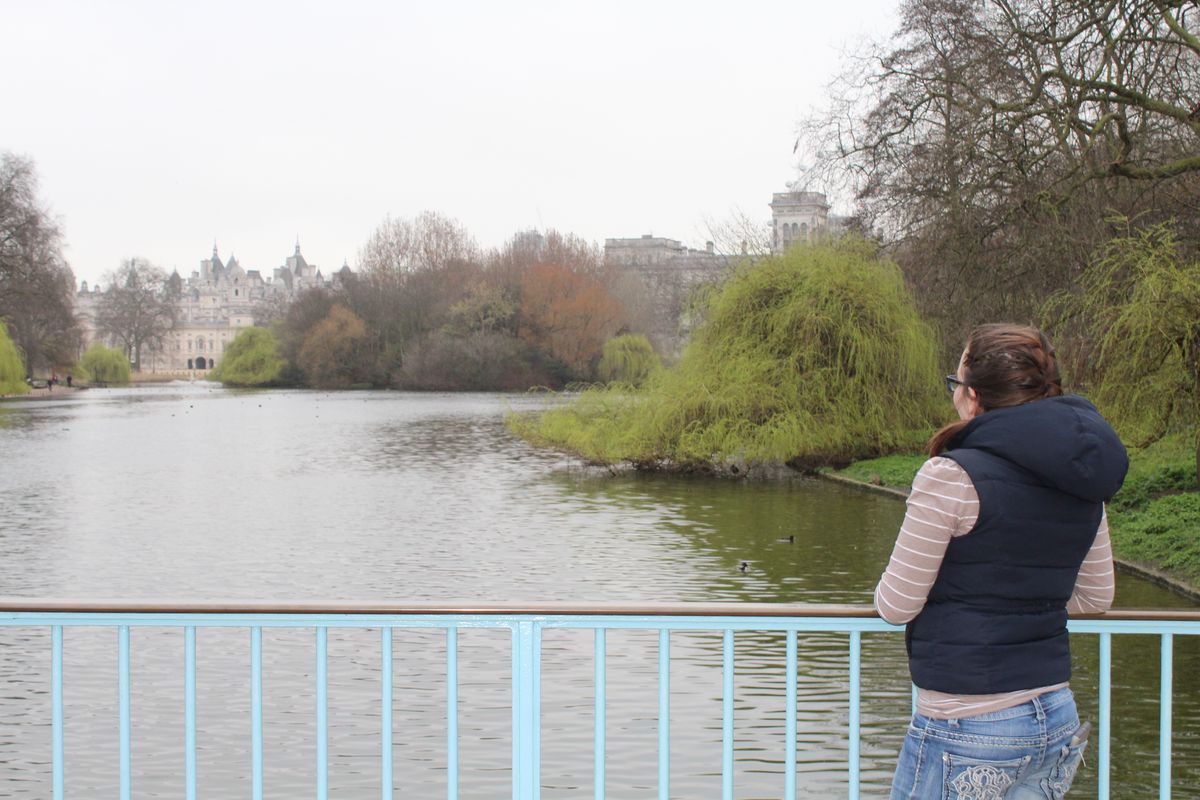 I left Oxford on a bus. My best friend stayed up laughing and cleaning with me until the moment we grabbed my suitcase, duffle bag, the pair of backpacks and trudged our way down Pullens Lane. It was past midnight; I was exhausted and freezing, but the night was perfect. I told her I didn't want to go. She nodded, and said, "Yeah, I can't believe you're ditching me for Germany." I laughed.

"Let me tell you a story." She said to quell the silence, "My sister had this friend that wanted to go to England--mostly because she was an obsessed One Direction fan. She was so excited to visit that she bought a ticket and when she got off the plane, she took a huge whiff of British air, squealed, and said, 'I'm breathing the same air as them.' So at least, when you step off the plane next week, we'll be 600 miles apart, but you'll be breathing my same air."

We both laughed at this, the bus came, and I left. This is my last, and arguably favorite, of Oxford. Leaving Oxford was sad, of course, but part of me wasn't challenged by the departure. Other friends told me they couldn't imagine going back, that the world was too different, and they were too changed by the experience. In light of the elections, I understood their fear.

For me, at least, living in a different country allowed me a much-needed reprieve from the heavily political season in America. And I was headed back to a country I wasn't sure I'd recognize anymore. But that didn't bother me. I've lived in many Americas. Each pocket of the US I'd called my home housed different sects and communities. I'd lived in rural Virginia and suburban California. Their policies and opinions didn't exactly mesh, but their American identity stood fast.

I left knowing that the country to which I was returning wasn't the same one I left, and instead of nervousness, I felt a sense of peace. I've never moved back to a place. We moved from Missouri to Texas, to Alabama, to Tennessee, to Virginia, to California. After six months in Europe, I was moving back to Calfornia. But it wasn't the same California I had left. Weed was now legal; shopping bags weren't free; local government had changed, but the people were the same.

People never really change. No matter where you go. You learn that, moving around a lot. There are good people and bad people. And all good people can do bad, and all bad people can do good. And the older you get, the more confusing it gets, but they're still all people, and they still all care about something.

So when I came back, I was nervous. I hadn't ever gone back. Oxford gave me the chance to care. Care deeply about huge issues. It gave me the chance to dream and push forward and innovate intellectually. I didn't know how to push myself backward in progress, instead of forward, but that's what it felt like I was doing on that bus ride. I was moving towards the past.

People never really change, but their vision does, and mine had. Leaving for Europe, I had a vague idea of my goals and aspirations. Leaving for home, I had a blueprint for an organization I would one day start. One that I felt might change the world, or at least affect it on a large scale. I've always wanted to be a world mover, and now I had a toolbox to build with.

Unfortunately, goals do not automatically manifest themselves into realities. I stepped off that bus, and eventually off that plane, and I stepped into my smaller life. One where I went to work (I'm a math tutor by trade), studied, served at church, worked out, and slept. Nothing around me changed because of my existence. I felt this heavily the first few months home.

As an attempt to resurrect meaning into my life, I started hiking with a friend of mine. Hiking was less about the exercise and more about intellectual stimulation. I expressed this smallness to her one day, and she told me the following story:

There were this boy and his father on a beach. The boy saw hundreds of starfishes who had been drawn in by the tide and started picking them up one by one and chucking them into the sea. His dad, looking around, told him it wasn't worth it. That the little boy wasn't making a difference, but the boy picked up another starfish and chucked it into the water, "I did for that one fish."

My friend is the boy, and I am his father. I spend 8 hours a day in an office explaining mathematical concepts to children. I spend extra hours tutoring personal clients. Before Oxford, I was okay with this. It wasn't my goal, but it paid the bills. After studying abroad, it's become increasingly more difficult to stay satiated with a small life.

I have always been the hurricane. The large, sudden change. I see things I want, and I fight for them. In high school, I wanted to graduate at 16, so I did--although people told me not to. In college, I was accused of being a group dynamics shifter. My presence does not generally enter and exit conversations unnoticed. I change things; I fight for things; I achieve things. This upsets some people. They call me a dynamics shifter in order to shrink me into their worldview. Oxford was the first place people unanimously advocated for me, surrounding me and my intellectual vision. I was allowed to be a force to be reckoned with, required to, even--as papers without strong opinions and ideas were frowned upon.

And in America, I was expected to be a butterfly--to watch my everyday actions make waves years down the road. I can't settle for that. Stepping back into my old life, I saw that clearly. The placated contentment I lulled myself into has turned to discontentment and a thirst for change. For some people, this is important. And I'm tired of being told to focus on the small changes and the individual changes. too, but they aren't the only types of solutions that matter.

America, you're anxious for change. Start with your mentality. Stop stifling those of us who don't see the world differently. The ocean is made up of drops of water, and without that water, it would not be. But it is also impacted by currents and wind patterns. Some of us are water, but some of us hover over the water to read the currents. Let us. Let us be the change. Encourage us, don't tell us to change how we're hard-wired in order to fit your expectations. We could be so much better innovators if we didn't first have to fight to be innovators before we've achieved success. You celebrate the changes already made in the world, but you condemn those on the brink of Eureka. Stop, and we can help change you.