I've always joked about cutting all my hair off; I never thought I'd actually do it. 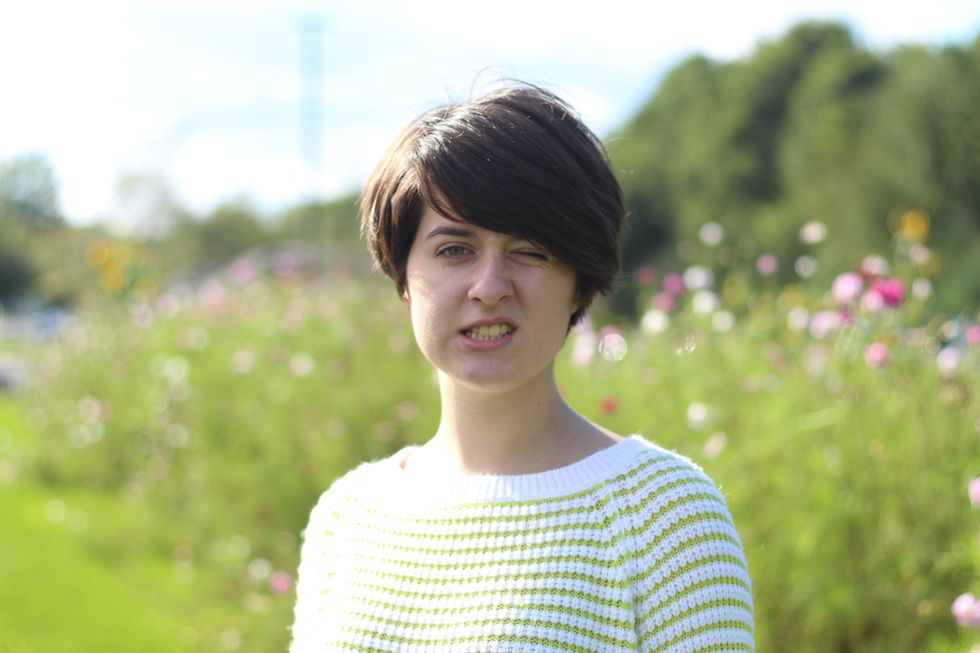 When I was little (I'm talking toddler here), I had a classic mushroom haircut/style--that's what I called it at least. Thick, straight bangs accompanied a bob that inevitably poofed up because my hair has always been hella thick.

Throughout elementary school, you could say it was a look. Eventually, I started to grow it out. My sisters and I would donate our hair once it was long enough to, and I would never cut it above shoulder-length. I wanted long hair, so I grew it out from middle school all through high school, trimming it every so often along the way.

Imagining yourself with a different hairstyle is way more difficult than you may think. Not only that, but the style you want might not end up looking as good as you hoped.

I had tried to imagine myself with really short hair, but anytime I thought about that, I just pictured myself with my hair up in a bun for marching band and that was NOT a look. I thought I looked like a boy with my hair back like that and since I have a twin brother, I didn't want to also look like him (nothing against you, bro!).

The summer going into my junior year of college was full of emotional distress, but it isn't my story to tell so I'm going to leave out the details. I again joked about cutting my hair really short and my best friend and family said to go for it. So, I did.

I had gotten bored with my hair the way it was. I had cut almost 16 inches off the summer before, and it was a little past shoulder length by the summer. I have a side part and bangs, and my hair is kind of wavy (usually due to layers) but mostly straight. It wasn't quite long enough to successfully braid and a little too long to easily do a half-up-half-down style, so I only really wore it completely down or up in a ponytail.

For years, my oldest sister and I would go to the same hairdresser because she knew her through a friend and we were always satisfied with her work. She retired and the other woman from the same salon quit shortly after they moved locations. We didn't know anyone else there, so I was on the search for a new hair stylist, which was one of the reasons I was hesitant to make the appointment in the first place.

After I found a new stylist, I booked the appointment which happened to be on the day I was to donate blood for the first time(!). I brought my best friend along with me to get my hair cut and she stayed by my chair to watch it happen, whereas my dad sat in the waiting area in the front. He's a fan of long hair, so he was a little upset that I was actually going through with the short hair look.

After an hour, my hair was on the floor and not much remained. I wasn't going to have a blowout too but my stylist wanted to see the completed look, so she did it for free. I wasn't sure how I felt yet and it looked poofy (probably because of the blowout). I definitely liked it but I wasn't sure if I loved it.

Once I got to play with it myself and after washing it myself a few times, I decided I loved it. It was SO easy to take care of. I use significantly less shampoo and conditioner, I obviously don't need to brush it, and I barely have to style it.

Some outfits will look different with the hair change, wearing hats and hoods will be different, heck, even sleeping on your hair will have different results. Short hair is not for everyone and that's okay. If you're considering short hair, talk to your stylist. They're trained to know what will and will not look good, and if you have a good stylist, they won't lie to you about it.

I have a friend who has shorter hair than I do right now and it's helping her love herself. Hair doesn't seem like it should matter that much, but it makes a huge difference.

hair
Report this Content
This article has not been reviewed by Odyssey HQ and solely reflects the ideas and opinions of the creator.