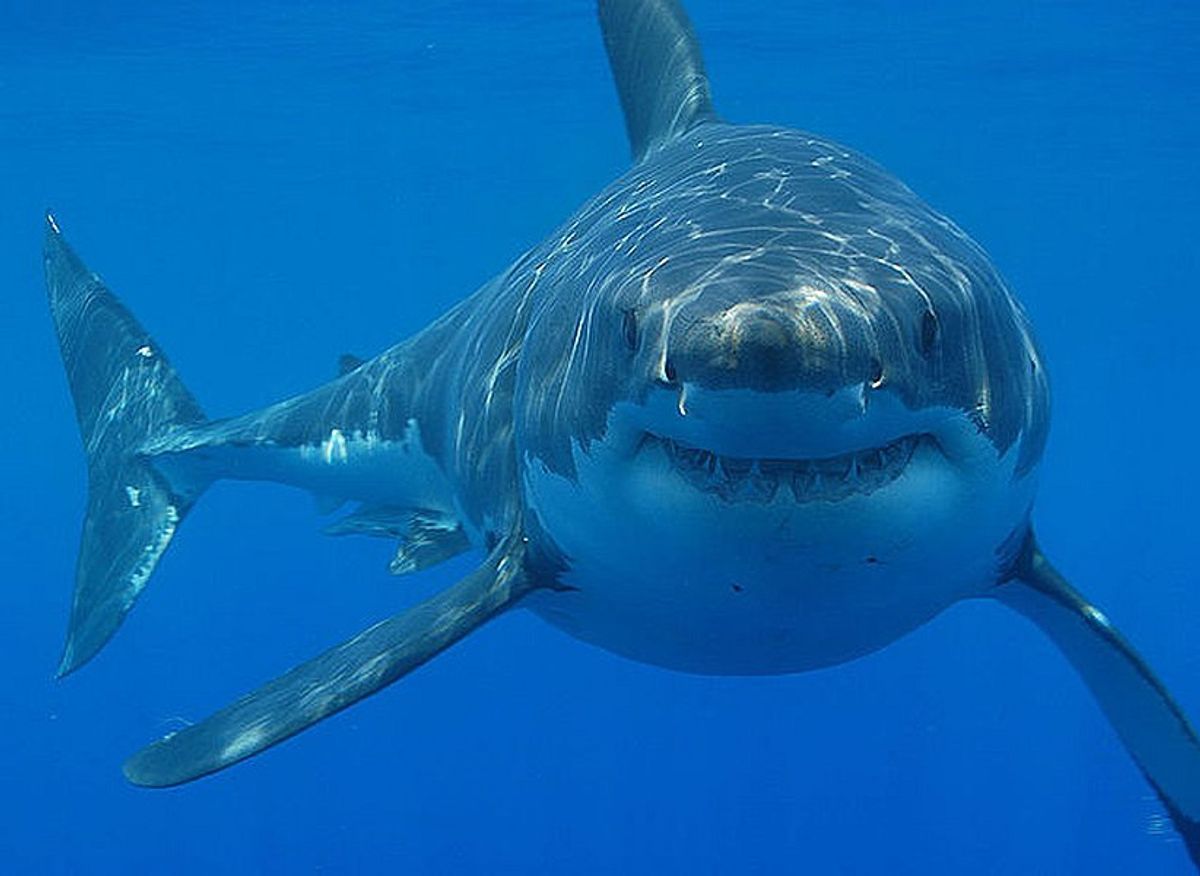 Beneath the ocean's surface lies the mystical creature -- the shark. One drop of blood three miles away can be detected by this deadly predator.

This shark was described as "the most dangerous of all sharks" by world renowned oceanographer Jacques Cousteau. Whitetip sharks were held responsible for the death of 800 sailors traveling on the USS Indianapolis in 1945.

Great white sharks have the ability to detect a single drop of blood in twenty five gallons of water and can sense even the slightest amount of blood from three miles away according to National Geographic.

Named Tiger Shark for their stripes, they are also known as "man-eaters." Unlike a Great White Shark, they do not leave their victim after a quick bite. Instead they finish the job.

The Shortfin Mako shark is the fastest shark species in the world. Their average speed when hunting down their next victim is usually around 60 mph.

There have only been 55 confirmed Megamouth Shark Sightings in history. Megamouth sharks can grow much larger than other species of sharks. They can grow to about seventeen feet in length. One caught measured 25 feet in length.

Blue sharks are considered the most beautiful of all of the sharks. They swim fluidly and with extreme precision. They are able to hear the heartbeat of their prey from a few miles away.

Whale sharks are harmless to humans. They mainly feed on plankton and smaller fish. Whale Sharks can live up to 100 years.

Sandbar sharks are usually found in the shallow water near inlets and harbors because they gravitate towards sandy bottoms. Their teeth are extremely sharp and uneven in size.

The Thresher shark possesses an extremely large tail. It accounts for 33 percent of the shark's total body mass. The tail alone, can way up to 800 pounds and is used to navigate the water by violently thrashing.

Found in almost any body of water with access to an ocean (including rivers and freshwater sources), the Bull Shark is extremely deadly. Bull sharks are commonly found on North Carolina beaches and seek out large prey. Bull sharks have a notorious reputation for aggressive behavior.