Shameless Fandom Smut From The Bush Era Of Anime
Odyssey
CurrentlySwoonLifestyleHealth & WellnessStudent LifeContent InspirationEntertainmentPolitics and ActivismSportsAdulting
About usAdvertiseTermsPrivacyDMCAContact us
® 2023 ODYSSEY
Welcome back
Sign in to comment to your favorite stories, participate in your community and interact with your friends
or
LOG IN WITH FACEBOOK
No account? Create one
Start writing a post
Entertainment

Shameless Fandom Smut From The Bush Era Of Anime

The Rise and Fall of Anime TV. 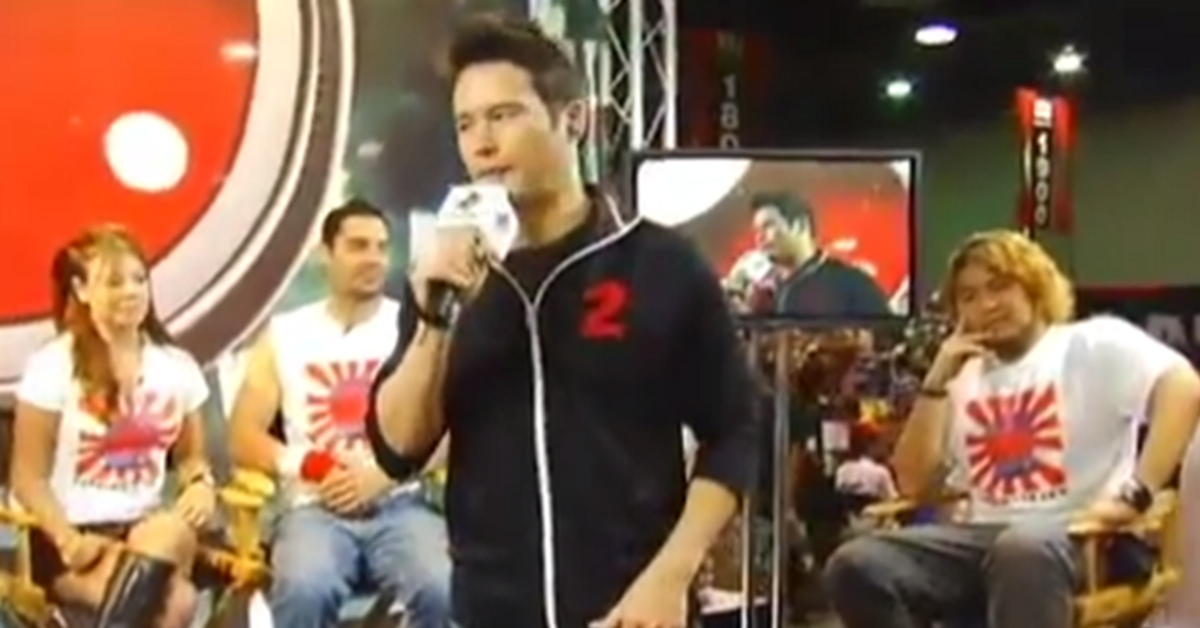 From what I have begun to know from sites like Colony Drop and Anime World Order, is that there was a time when anime companies wanted to showcase in true pride who their main audience was during the infancy of the Web 3.0 generation.

With the evolution of social media coming into its early stages across the net, this was the time where people wanted to let the world know outwardly who they were and how proud they were of it. So, why not take that first step of online narcissism to the next level with anime fandom and put them on start-up video sites to pander to their own kind?

What you get is stuff like Anime TV, and “height of the manga world” Tokyopop America Greatest Otaku to show the world just how creep-er, ANIME PROUD you are to other anti-social nerds just like you. I mean, how bad could it be right?

Anime TV was a launched series from Bang Zoom Entertainment (it’s got to be because there name is in the credits) with ex-Power Ranger host Johnny Young Bosch, to gather whoever they could from a local manga section of a Borders bookstore (when you know, they still existed) to be the shows “expert” reviewers.

From what I can gather from the IMDB page about this show, the reviewers are really nothing more than small time voice actors that either still do some work on the side, or have faded into obscurity. The characters all seem to emit some case of the anime elitist attitude, such as in the first episode where the multi colored hair Asian guy seems to remark how not liking Haruhi Suzumiya makes you the worst human on this side of planet Earth.

The rest of the cast all seem to be in agreement that Haruhi will live on to be “that anime” that will carry on the legacy of reaching a wider audience of anime to people like Ghost in the Shell and Akira did in their heyday.

In case you haven’t been keeping up on anime events after 2008, Haruhi was the cause of the worst dance to plague anime fandom, and then faded away into obscurity. No one talks about it, no one cosplays about it, and the recent Suzumiya sequel got no kind of cares from the anime community.

This is a pure time capsule of a mark in anime history that should rightfully be forgotten about, but we need to keep it around so no one makes the same mistake again… in theory.

JYB seems to just be there to sit on the most uncomfortable piece of garbage Big Lots furniture the studio could find, while the critics (mostly) rave about whatever anime is on for that week. The camera crew is also there on the scene to get the best reaction shots of JYB making funny faces about every time he is on the camera.

To be fair as a host, doing stupid stuff on camera is kind of the job to make something so bland on the internet liven up a bit to gain attention from the audience. This is the same attention you can say an audience gives to those Pirates of the Caribbean movies whenever Jack Sparrow does something funny and goofy on screen, which doesn’t add to the movie story at all.

Although, things get really CRAAAAZZZY when NEET hacker OTAKU OTOKO hacks JYB feed and talks about how great it is to be an otaku from Japan. But this comes with a purpose, of product placement to promote the Welcome to NHK series that was coming out around this time in America and Japan.

In the reality of Anime TV, anything whacky and loony comes with a promotional cost. Just think, this was blatant advertisement before you saw ads on YouTube.

From what I saw in the first four episodes, it all seems to be about the same. There is a skit at the beginning with the reviewers on how JYB-sempai is awesome, a quick intro, JYB talks vaguely about what the reviewers are going to review, the reviewers anime circle jerk each other, Steve Blum talks about the top 5 most popular “such and such” anime “such and such,” go back to experience the horrors of what you hear in your local anime club, and close out the show with 5 minutes of promotions.

Rinse and repeat for four seasons. Yea, according to IMDB, this lasted for a while online. I’m telling you, the anime boom was not something to mess with, until that bubble burst really loudly.

But I do have to give credit where its due, and that is at least seeing the early attempts to do an anime show for anime fans at this time. This is at least a step up from the 90’s Apollo Smile commercials Sci-Fi had during the Saturday Anime block. The only difference between the two is that Apollo Smile got right to the point on what was going to air, and through her graceful martial arts moves, told you everything you needed to know about what is going to show on TV for the next two hours.

Brief, action-packed information that the 90’s anime fan need to know, and only after can an opinion be formed from watching that week anime on TV. The digital age was going to eventually make something like Anime TV happen, because of how easy (and cheap) to put something like this together for an online audience.

The only problem was, it was done on the easy and cheap, and you can see that clear as day when you see these videos. I am sure some planning went into each episode, every show does that. But with a tried and true system to be reused over and over again in the show, only from the perspective of a non-anime fan, or a bitter one, can see the real truth behind Anime TV.

As much as it pains me to sit through these episodes, it does serve as a reminder of entertainment for anime fans nearly a decade ago. It’s actually a blessing that few, if none, of these kind of shows still exist anymore, but for the time it worked to some degree.

And as long as the fans kept buying anime from the companies and JYB and the gang got paid (until the anime crash), then it reflected what felt like the end of the Bush Administration/pre-recession. If you survived through that, then you know where I’m coming from. Later guys…

Nicole Marie Nigro
Individual Creator
8742
c1.staticflickr.com
Where to start...... Let me start with the cliche that life throws us curveballs and what we do with it is what counts.