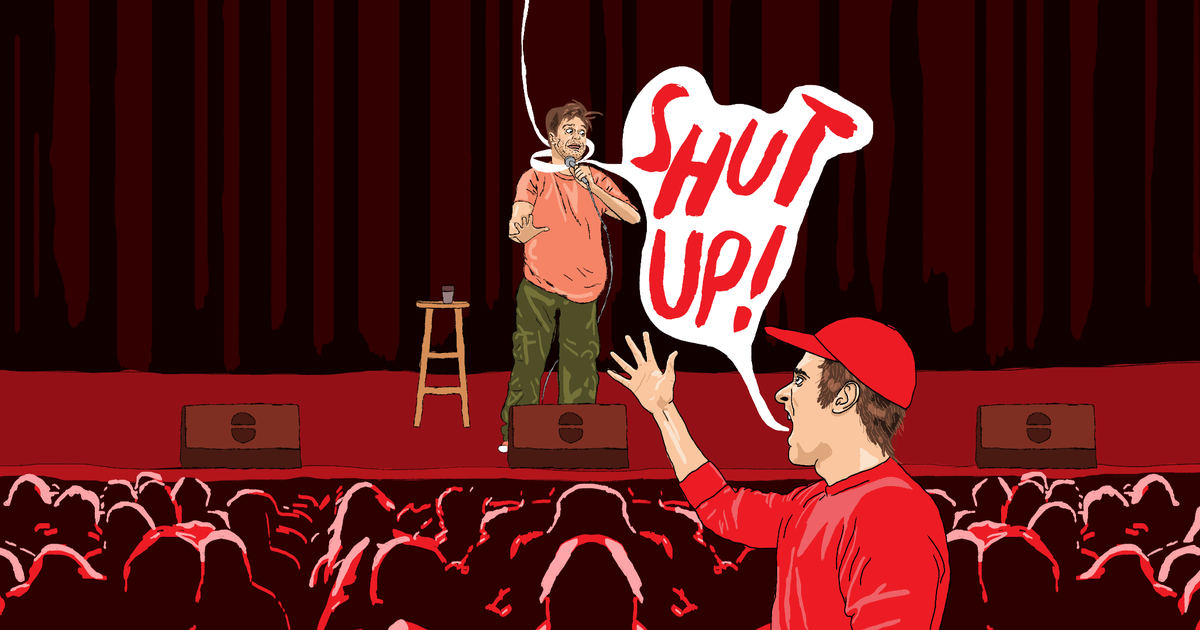 I do not believe white comedians have a space in racial comedy EXCEPT if they are making fun of white people for being racist. That's the only place they can have- a very small seat all the way in the back. Here's my reasoning:

Black people, Hispanic people, Latinx people, Asian people and every other person of color in between are a minority in this country and are treated as such. You wake up every day to deal with microaggressions, overtly racial slurs and threats in some cases, institutional racism and just general stereotypes.

People will say foolish things like "you only got in because of affirmative action" (I remember that from high school, good times). Then these individuals will complain that they have been discriminated against when in reality affirmative action helps white women more than anyone else. Remember Becky with the Bad Grades?

People will say that Hispanic/Latinx people have dozens of babies when I'm pretty sure the family you all watch on "19 and Counting" is white. People will completely ignore cries for visibility from the Asian community but wear kimonos and bindis like they invented them and applaud ScarJo for playing every Asian female lead in Hollywood.

After dealing with this all day, you can turn to comedians who look like you to validate your experience and make you laugh away the shackles of oppression in that moment. Comedians of color also have the task of turning the mirror on us and making us see the issues within our own communities. After a nice laugh, we can really think about what was said and try to unpack these issues among ourselves.

But as a white comedian, to live life in a system designed for you to succeed to then make jokes about those on the bottom seems a bit like overkill doesn't it? I am not saying that being white automatically means you will never struggle in life, but we have to accept the fact that white privilege exists. Many of the racial slurs and stereotypes that plague the lives of people of color on a daily basis were created by white people and have serious repercussions in our lives. Even something as "harmless" as saying, "black people like watermelon," has a very potent history plagued with attempts by white people to oppress and demean free black Americans.

The oppressor, whether you consider yourself an oppressor or not, has no reason to poke fun at the oppressed; that's the equivalent of pouring salt in a stab wound that still has a knife in it. The issues of race have yet to be fully deconstructed and addressed in this country so every nonwhite group deals with this knife in their sides that society has chosen to ignore. Comedy, like dance and music and other things of that nature, is a way for the oppressed to voice themselves and give life and color to their experiences. Racial comedy is just an area where white comedians are not allowed.