She's A Whore, But He Scored
Odyssey
CurrentlySwoonLifestyleHealth & WellnessStudent LifeContent InspirationEntertainmentPolitics and ActivismSportsAdulting
About usAdvertiseTermsPrivacyDMCAContact us
® 2023 ODYSSEY
Welcome back
Sign in to comment to your favorite stories, participate in your community and interact with your friends
or
LOG IN WITH FACEBOOK
No account? Create one
Start writing a post
Politics and Activism

She's A Whore, But He Scored

The Sexual Double Standards Between Men and Women 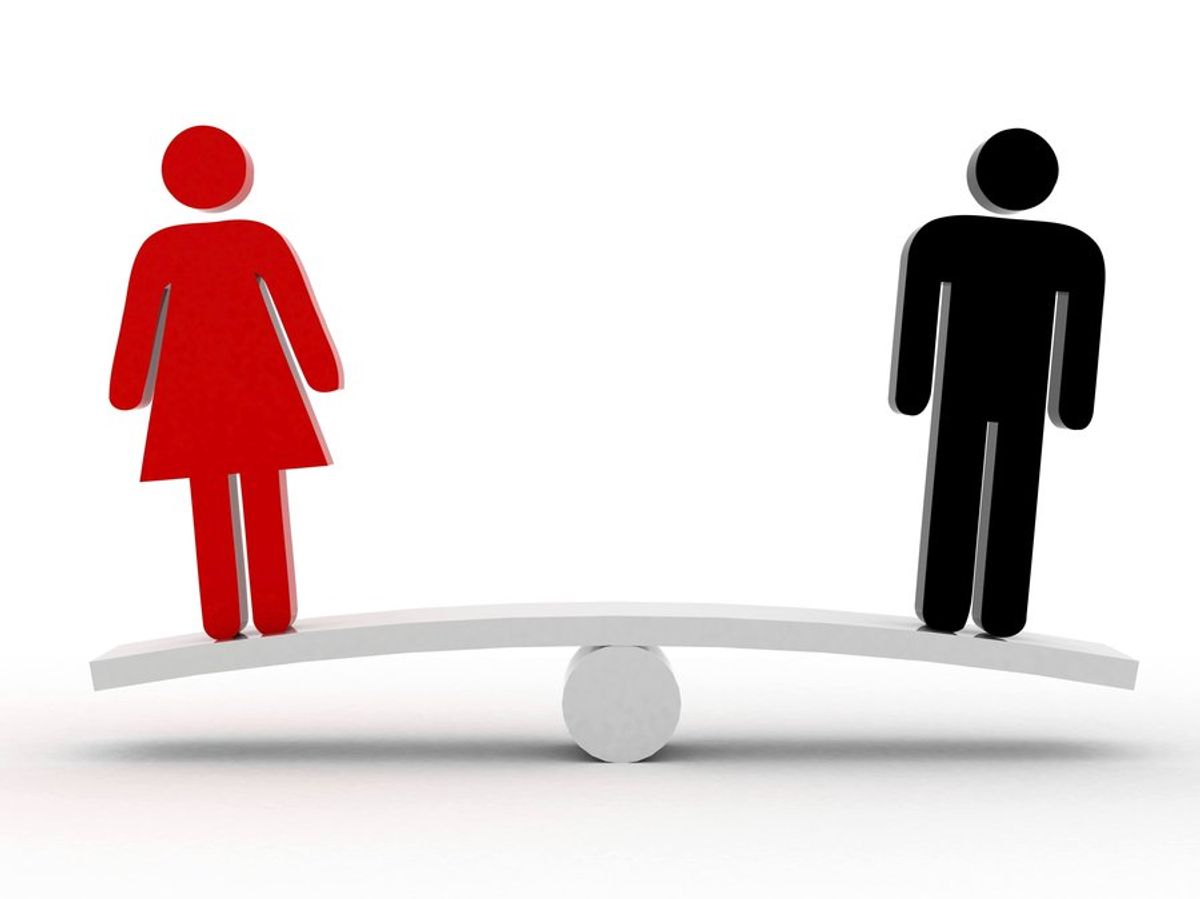 Ah, the sexual double standard between men and women. It is the belief that (heterosexual) men and women are held to different standards of sexual activity. It can be summed up by this: If a woman has sex, she's a whore. If a man has sex, he just scored.

Women are sluts whereas men are, well, just men.

But why is that?

Why is it that women must ignore their sexuality while men are allowed to embrace it? There is no biological proof that a man is more sexually inclined than a woman, so why is one accepted while the other is not? Both genders love sex, it's biology. So, why is one gender praised and rewarded for having sex while the other is dehumanized and derogated for it?

Out of the many double standards, two of them are the most prominent when it comes to sex: body count and virginity.

"Body count" is the number of sexual partners an individual has had. A man usually feels the need to have a high body count--he may feel accustomed to lie about it, increasing the actual number. The more sex a male has, the more his masculinity is asserted. BUT when a woman has a high body count, she is seen as being overly promiscuous, a slut, having a "loose" vagina, easy, dirty, and the list goes on and on (I'm not kidding--there are over 200 words in the dictionary to describe a sexual woman and only 20 to describe a sexual man). A man with a high body count is praised by his male counterparts, whereas a woman with a high body count is rejected by both her male and female counterparts.

First thing's first: "virginity" is a social construct. It is made up. There is no science into virginity (yes, your hymen could detach, but that could happen without sex as well). The whole concept of "virginity" originated in ancient times to enforce the idea that if a woman was a virgin, she was pure, and therefore more valuable than a non-virgin woman. Since when did a sex life put value and importance unto one's life? Now let's flip it over. As a boy, being a virgin is seen as being a wuss and not a "full man" yet. A boy losing his virginity is a rite of passage. He has made his way into adulthood.

As you can see, comparing a man's sex life to a woman's sex life reveals completely different standards. So now answer this: why is she a slut if he is a stud?

As long as you're having safe sex, what does it matter what your "body count" is? Why does it matter at what age you want to lose your virginity, as long as YOU'RE ready for it? After all, it is YOUR body.

If you are not one of the two people involved in (consensual) sex, then it is not your business. Stop judging people based on how much or how little sex they have.