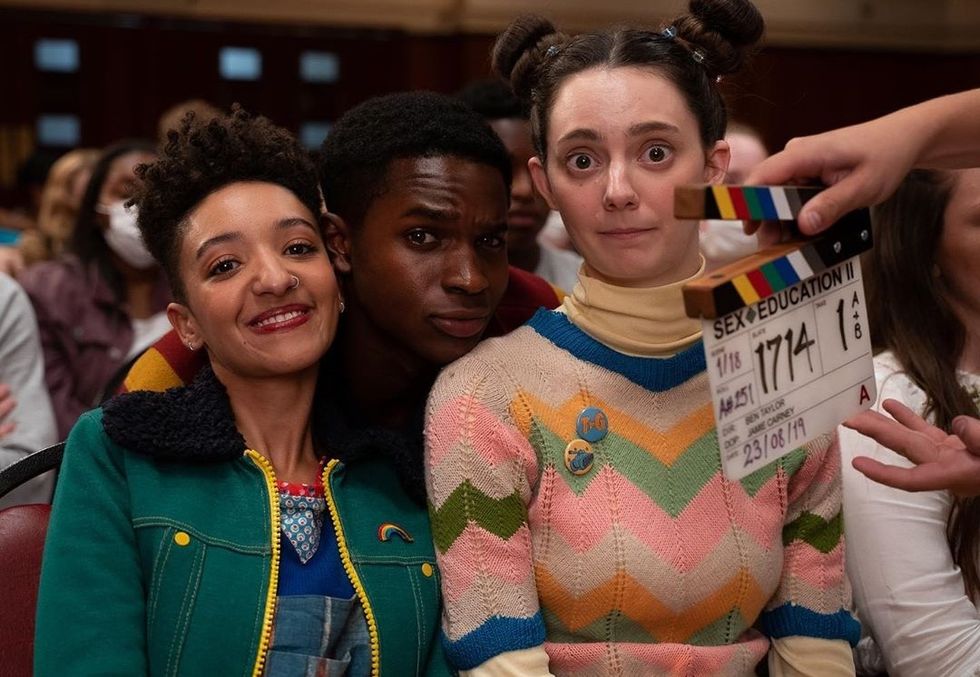 Season two of "Sex Education" was the perfect way to kill some time during winter break. There is just something about British humor that is so appealing. It's much drier and to its core, it is related to everyday life. There have been many shows about teenage life in America, but the ones that dominate usually have other sub-genres in them. Shows like "Riverdale" and "Sabrina" on Netflix all have a sinister theme and Riverdale often misses the mark with teenage relatability. Thus, "Sex Education" is like a breath of fresh air.

Season two starts exactly where season one left off. Eric and Otis are still best friends. Maeve is not at school, and Adam is away at military school. Not to delve into the spoiler category, I would rather like to focus on the characters themselves. Eric, by far goes through the most transformation in this season. He stands up for himself, but deep inside he is so unsure about what he wants, or rather who he wants. He even hides his true feelings from his best friend Otis because he fears judgment. Ultimately, in the end, Eric does make a decision, all by himself, and honestly, I hope it is a good one.

Otis and Maeve's relationship is still complicated in this season. It is obvious that they still like each other. However, they just will not admit it to each other. Maeve goes through a lot of fo turmoil in this season, dealing with her mother and her new responsibilities at school. Even though I have never had to deal with a situation like Maeve, I can't help but relate to her. In high school, we are told that the world is ours, and we can make anything that we want from it. But, then we are given a million responsibilities and have to deal with the pressure from peers and family. Maeve's situation in this season best highlights this juxtaposition of being a teenager with an ordeal of adult responsibilities.

Otis, in my opinion, is a character who did not change the most. He did have his mood swing and did something out of character, but to be honest, it did not seem so far fetched. However, I believe that there is a reason for this. Otis is Otis, and Otis will do what Otis wants to do. In this season, he does listen and follows through with his decision a lot more. But, still, he is so hesitant. In the show, someone tells Otis that he tries so hard to be a good person, that he ends up being a bad person. That sentence perfectly describes Otis. He vilifies his mother so much and tries so hard to help and listen to the feelings of others, that sometimes he does not come off as genuine. At the end of the season, Otis does make a spur of the moment decision and decides to tell his true feelings to Maeve, but over voicemail. Perhaps, Maeve will never know. Otis, in my opinion still has a personality transition waiting to occur.

Overall, I really enjoyed season two of "Sex Education." I binged it all in one day and honestly, I still remember each episode so vividly. There is just something about this show that reminds me so much of being a teenager trying to find the perfect balance of life and school, that I almost forgot to live in the moment. I really really hope that there is a season three.

I Spoke With A Healthcare Worker, And It Amazes Me How You Still Do Your Job For Us, Thank You