August Wilson's Seven Guitars Is Being Preformed In His Childhood Backyard
Odyssey
CurrentlySwoonLifestyleHealth & WellnessStudent LifeContent InspirationEntertainmentPolitics and ActivismSportsAdulting
About usAdvertiseTermsPrivacyDMCAContact us
® 2023 ODYSSEY
Welcome back
Sign in to comment to your favorite stories, participate in your community and interact with your friends
or
LOG IN WITH FACEBOOK
No account? Create one
Start writing a post
Entertainment

August Wilson's Seven Guitars Is Being Preformed In His Childhood Backyard

And the entire experience is unexplainable. 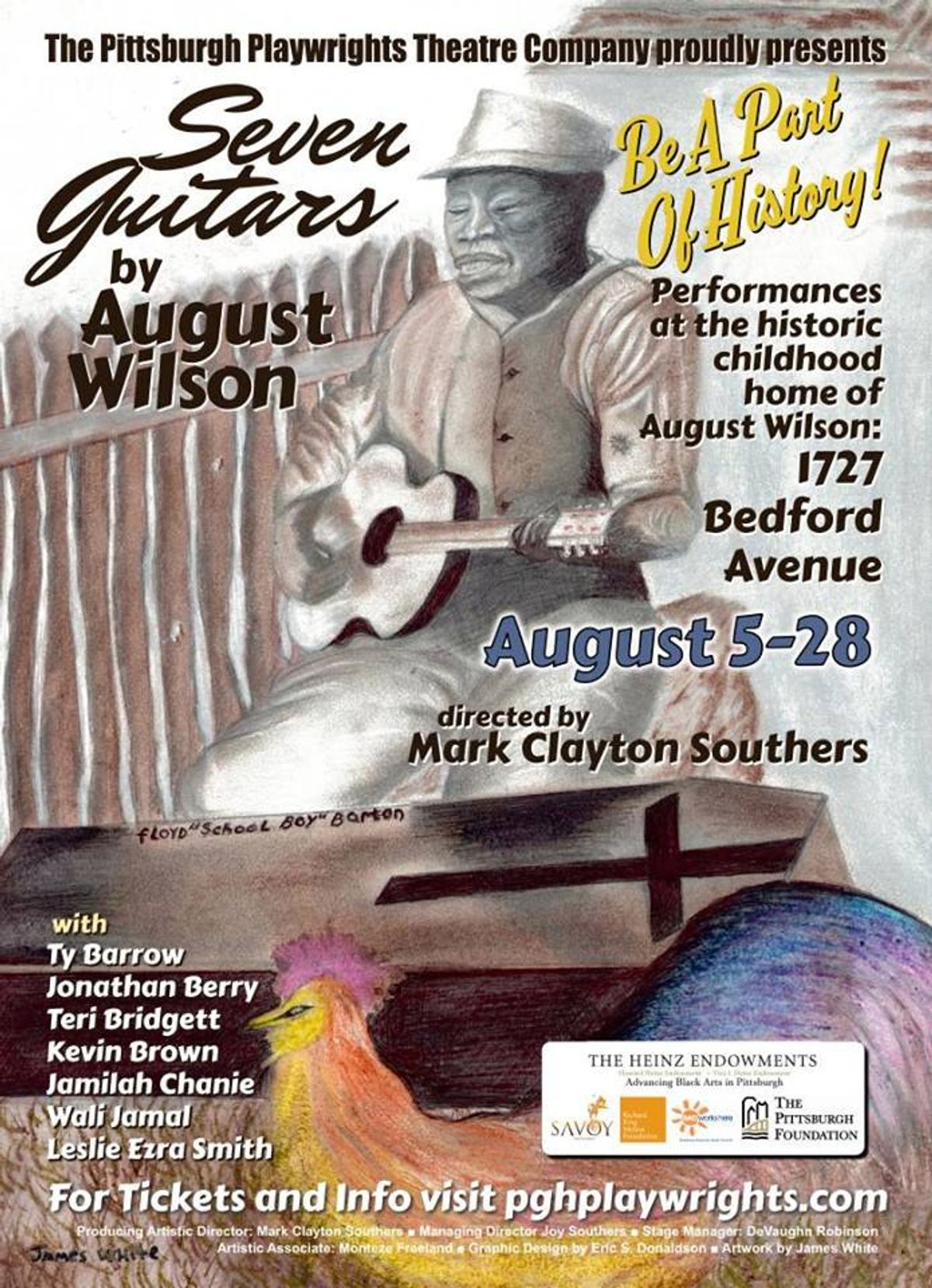 Last night, I was able to sit in the backyard of August Wilson's childhood home. The Pittsburgh Playwrights Theatre Company preformed Wilson's 1995 play, starring Ty Barrow, Jonathan Berry, Teri Bridgett, Kevin Brown, Jamilah Chanie, Wali Jamal, and Leslie Ezra Smith. The play, set in 1948, revolves around Floyd "Schoolboy" Barton who is an aspiring blues musician. Fresh out of jail, the song that he recorded months prior has suddenly become a big hit. Throughout the play, Floyd grapples with the offer of moving to Chicago to record another record. However, in order to do so, he must right some wrongs from prior to his arrest, and his motives are flawed in more ways than one. Floyd fights for his humanity, self-understanding, and self-acceptance, which is a huge theme throughout the play. The rooster represents black manhood, ultimately foreshadowing the events throughout the play. Floyd's struggle, as well as the rooster, bring perfect harmony to the evident difficulty of being African-American in America.

Outside of the script, the setting itself is extremely moving and captivating. For the first time, August Wilson's tragicomedy will be performed in the backyard of his childhood home, the actual setting of the play. August's home is in the Hill District, which is the oldest African-American community in Pittsburgh and a historic African-American collection of neighborhoods in the same city. The Hill District was called "Little Haiti" following the rebellion by slaves and gaining of independence of Haiti in 1804. Beginning in the 1910s, the Hill attracted migrants from elsewhere in the United States and from abroad, creating a vibrant and diverse social landscape.

However, the economic situation of the Hill drastically declined, with housing aging and becoming substandard. The federal government committed to upgrading houses across the nation following World War II, and 95 acres of the Hill District were selected for renovations. The only problem? Planners did not fully take into account the effects of the disruption of residents during renovations. Because most of these houses were without indoor plumbing and other basic amenities, around 1,300 structures were demolished, displacing around 8,000 residents, the vast majority being black, thus creating even more problems. Because of these demolished buildings, the Hill was disconnected from other neighborhoods, creating an even more drastic economic decline. August Wilson grew up during the time when the Hill lost 71% of its population due to jobs disappearing (because of industrial restructuring) and middle-class families moving into suburban neighborhoods.

He ultimately wanted to write a series of plays that outlines the struggles of black families in the twentieth century. Seven Guitars is the fifth play out of 10 that aim to do just that. The series of plays is commonly known as the Pittsburgh Cycle. Nine out of these 10 plays are set in the Hill District, with one set in Chicago. The setting in the Hill takes on a mythic literary significance, much like William Faulkner's Yoknapatawpha County. All of the plays that are placed in the Hill are based on the real residences and buildings that surround Wilson's childhood home. Not all of the plays are interconnected, although there are reoccurring characters. Each play shows a different struggle that the African-American community had (and has) to overcome.

With knowing the backstory of the Hill and Wilson's life, understanding the symbolism and themes of the play came easily. The performance, with all its power, left me with chills and an unexplainable feeling of understanding. Understanding for what, I'm not quite sure. So for anyone that can make it to Pittsburgh, I strongly recommend grabbing tickets before a show sells out. You can buy tickets here. Performances for the remainder of the summer are August 19, 20, 21, and 26 at 8PM and August 27 and 28 at 2PM and 8PM.