Sessions' And The Bible

Use this example as an opportunity to open up the Good Book for yourself and see what it says. 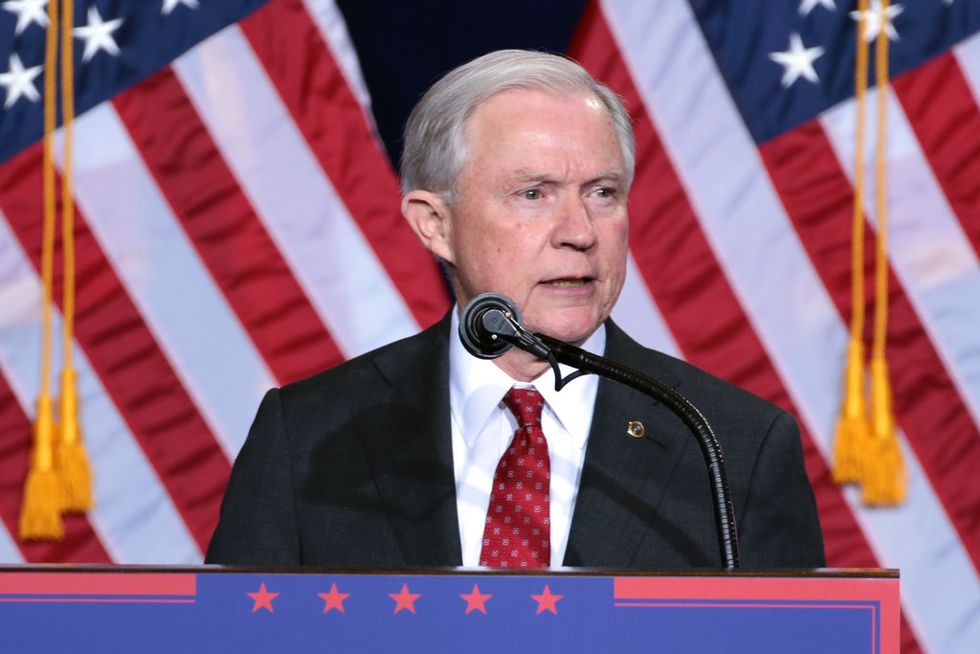 America is a unique country that was founded on Christian morals and principles. We pledge ourselves as a "nation under God", and we still allow "In God We Trust" to be printed on our currency.

Though America as a whole does not constrain to Christian principles and biblical teachings alone, there is something to be said about the 70.6 percent of Americans claiming to be Christian (as of 2014). That's a whopping 250.4 million of the then-318.6 million citizens.

Why, then, is this percentage of people not speaking up against the misuse of Romans 13 by Attorney General Jeff Sessions?

On June 14th, Sessions defended the separation of immigrant families trying to get across the border with a passage from the book of Romans. In Romans 13:1, Paul addresses his audience with this command:

"Let every person be subject to the governing authorities. For there is no authority except from God, and those that exist have been instituted by God."

This is truth. We are called to respect and obey the leaders of our government UNLESS they call us to disobey the Word of God.

"...learn to do good; seek justice, correct oppression; bring justice to the fatherless, plead the widow's cause."
- Isaiah 1:17

"He has told you, O man, what is good; and what does the Lord require of you but to do justice, and to love kindness, and to walk humbly with your God?" - Micah 6:8

"He (God) executes justice for the fatherless and the widow, and loves the sojourner, giving him food and clothing. Love the sojourner, therefore, for you were sojourners in the land of Egypt."- Deuteronomy 10:18-19

"Then the King will say to those on his right, 'Come, you who are blessed by my Father, inherit the kingdom prepared for you from the foundation of the world. For I was hungry and you gave me food, I was thirsty and you gave me drink, I was a stranger and you welcomed me, I was naked and you clothed me, I was sick and you visited me, I was in prison and you came to me.' ... And the King will answer them, 'Truly, I say to you, as you did it to one of the least of these my brothers, you did it to me.'" - Matthew 25:35-36,40

This is not an argument against the value of following the law in order to enter the country. I agree that we should be keeping track of those who enter our country just as we are kept track of when we enter others' countries.

This is an argument against the unjust treatment of human beings who are trying to secure a hopeful future for their children.

This is an argument against the use of Scripture as justification for separating families because it will deter future immigrants from trying to cross the border.

Romans 13 was speaking to the Roman Christians at a time when there was more political peace in Rome, at the beginning of Nero's rule. A popular school of thought is that Romans 13 is addressing not the actual Roman government but the authority in the Jewish synagogues of Rome. Because Romans focuses on the relationship between Jews and Gentiles (people who were not Jewish by heritage), it would make sense that his passage in Romans 13 is still addressing that relationship. Paul was saying to keep peace, if at all possible.

He was not saying to uphold man's law above God's law no matter what because Almighty God agrees with every law imperfect man installs.

This context completely changes the meaning of this passage. If you believe that this passage doesn't mean what I described it as, then read it for yourself! Listen to commentaries, ask questions, but most importantly, read the actual scripture. Don't just take what I am saying as God's final Word; be curious, and study His word on your own.

That's why it is so important to read our Bibles as more than a fortune-cookie, where we receive our verse for the day and try to apply it to the life we are living. No matter what context we read Romans 13, though, we know that God commands us multiple times to care for the orphan, the widow, and the sojourner (just another big word for immigrant), so if man's law goes against this, man's law is wrong.

When we study the Bible, we can see these Biblical examples where followers of God broke man's law because it contradicted God's law:

- Esther hid the truth of her heritage in order to infiltrate the kingdom, and she led the Jewish people to be saved from a horrific massacre.

- Daniel was thrown into a lions' den because he would not pray to King Darius.

- 10 of the 12 original disciples of Jesus were brutally murdered for calling Jesus the Son of God and for spreading the Gospel message.

Instead of pulling verses out of the Bible to justify our current actions, we should allow our lives to be transformed by the Word of God, and He commands us to love Him first and allow that love to spread into how we love our neighbors.

If you read further into Romans 13, verse 9 says that "the commandments... are [all] summed up in this word: "You shall love your neighbor as yourself." Love does no wrong to a neighbor; therefore love is the fulfilling of the law."

These are our neighbors, whether we find them to the South or to the East of us.

Our neighbors are seeking asylum in our borders.

Love is not separating family members.

Love is not turning away the stranger.

border control
Report this Content
This article has not been reviewed by Odyssey HQ and solely reflects the ideas and opinions of the creator.