Semester at Sea: The Beginning
Odyssey

Semester at Sea: The Beginning

The Semester at Sea Series 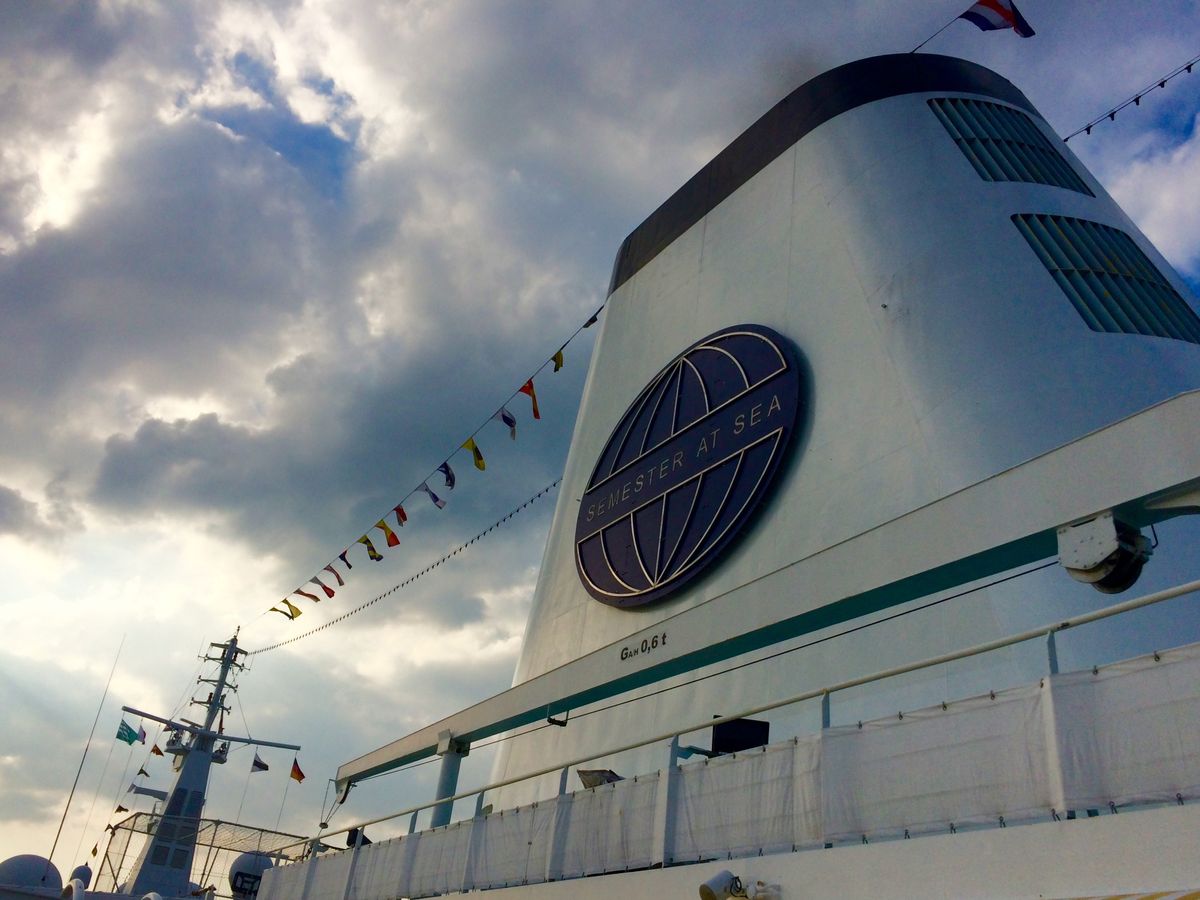 I don’t talk about Semester at Sea as much as I probably should.

It’s not because I don’t want to.

It’s not because people don’t ask.

But it’s hard to talk about it with someone who wasn’t there.

Because if you haven’t experienced SAS, if you haven’t sailed around the world with 600+ strangers that became like your second family, you won’t completely understand how that trip made each and every one of us a completely different person than who we were when we embarked in Hamburg.

I can give you the elevator speech that I prepared - that Semester at Sea was everything that I needed when I needed it.

I can name the countries that I went to - Germany, Greece, Italy, Spain, Morocco, Senegal, Brazil, Trinidad & Tobago, through the Panama Canal, Peru, Ecuador, and Costa Rica.

But you won’t understand what Dick Nean means.

Or why I can’t eat a peanut butter and jelly sandwich without thinking of the Lido Terrace.

Or the feeling I got when the whole ship came together to sing-shout Bohemian Rhapsody in Kaisersaal a couple of days after the election results divided us.

Or how it felt to shave my head while everyone shouted my name and the ship crossed the equator.

Or what really happens when a girl sneaks a sick seagull onto the ship.

And while I could sit down and explain it to you, bring you into my world for those four months, part of me wants to save those memories for the people that experienced them with me.

Because I’m worried that if I tell you all of it, if I tell you every single detail, that some of the magic surrounding those moments won’t belong to us anymore. It will belong to someone who won’t cherish the memories with as much love and care as we do.

And there’s a small part of me that fears the finality of writing it all down - because as soon as I write about Semester at Sea, as soon as my fingers hit the keys and the words appear on my laptop screen, that chapter in my life comes to a close, and the memories belong to more than just me.

But I went on Semester at Sea to gain control of a life that was led by fear, and I have no intention to invite that part of me back into the driver’s seat.

So I’m going to try to bring you into my life at sea and share the moments with anyone who wants to listen.

All I ask is that you be patient.

Be careful with the memories.

Be okay with not fully understanding everything that I tell you or write about. If you make an effort to do that, I will try my best not to get frustrated with you when you want to hear about my trip. Because I know you mean well.

I know you genuinely want to know.

Don’t just ask me about my favorite country, expect a two minute conversation, and then change the subject.

Because Semester at Sea can’t be summed up in two minutes. It can’t be defined by my favorite country, or my favorite food, or the “best thing that happened on the trip”. Because it’s so much more complicated than that.

But if you’re ready to sit down and listen (or read), I’m finally ready, too.

(This is part one of The Semester at Sea Series - a series that chronicles my 4 months sailing around the world.)

Kassie Hsu
Baylor University
3379
Panda Whale
Here are 100 things I'd rather to than study. I know the semester just started, but
Featured