How to Sell your Soul: A simple step-by-step Guide
Odyssey

How to Sell your Soul: A simple step-by-step Guide 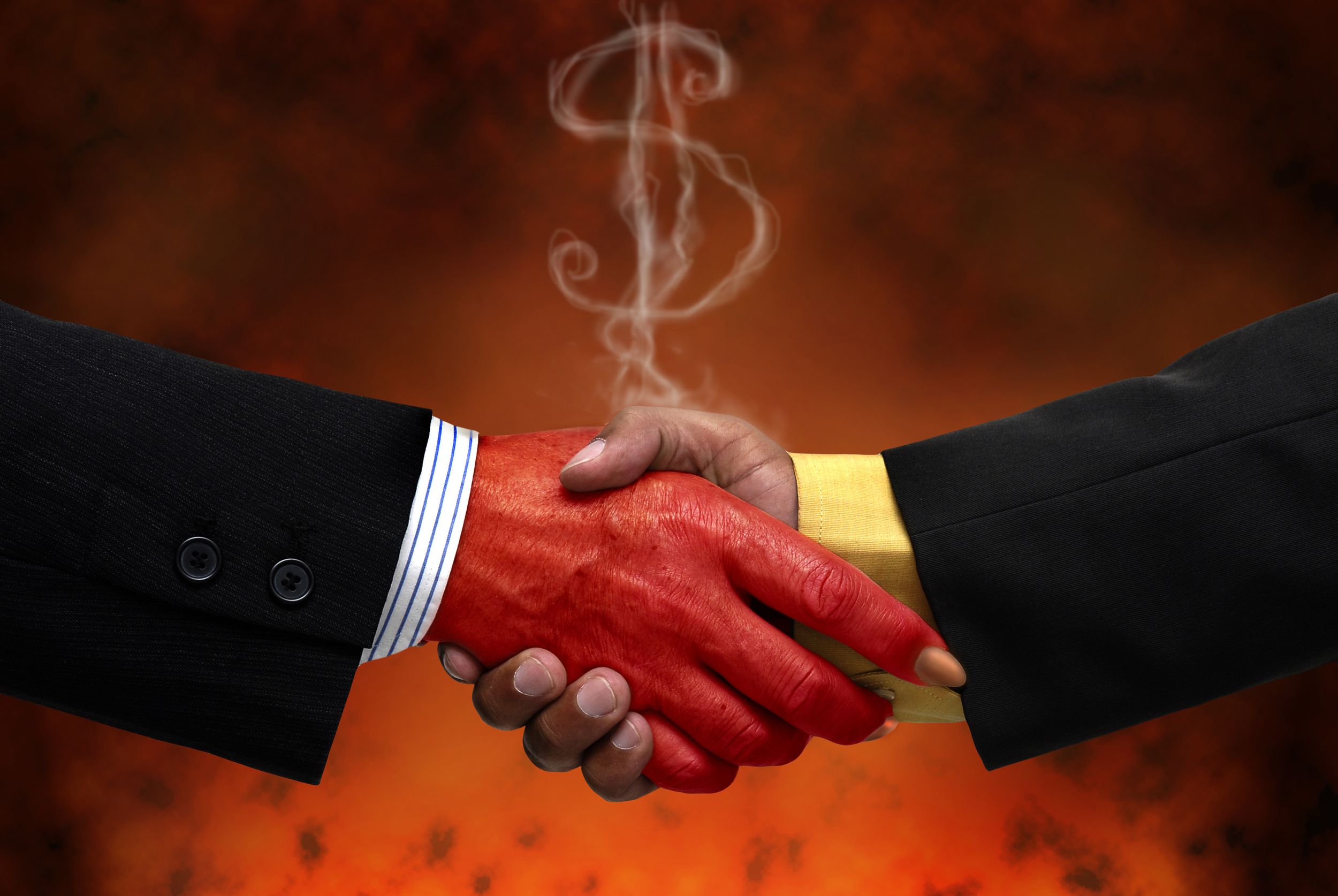 If by any chance you find yourself in a precarious situation and need an escape that doesn’t involve suicide, or if you are really bored and think that God is too much of a hypocrite for heaven to be enjoyable, then here is a simple how-to guide on selling your immortal essence to the Dark Lord. Remember, no refunds, and once the deal is made, there is nothing that can save you from eternal perdition upon your mortal death; so have fun while you can with whatever you sold your soul for.

Despite common misconception, Lucifer, Satan, and the Devil are not the same entity; this was made explicitly clear in Milton’s Paradise Lost. Milton included this specific detail into his poem because he once made a deal with Lucifer to swap his soul for the ability to write good poetry. In the end, not only did he lose his ephemeral assets, but also wrote one of the most boring poems of all time, and included this little detail so others would not make the same mistake he did.

Likewise, make sure that you are dealing with the Devil from Christianity, as other religions are notorious for cheating their clientele and providing slipshod benefits for their trades. Currently, Hades, Shiva, and Quetzalcoatl are facing charges for their ponzi soul schemes, but not enough information has been presented to warrant criminal charges. If possible, please avoid any and all major transactions until after their trials, which are scheduled for the end of days.

Up until 1587, the Devil has been known for charging upwards of 25% APR on buying souls. Thankfully, the selling rate remains at a steady 7% (due to inflation, it may be higher or lower, but this remains as the steady median) because of Faust’s Law; named after a man who sold his soul for eternal knowledge and was harassed by demons for the exorbitant stipulations. However, while Faust’s Law is popular among current legislators, it is not strongly enforced by the government; make sure that you have a lawyer you can trust, and read all of the fine print before signing in your own blood. You will know that something is wrong with the contract when your blood curdles, so make sure to read carefully before signing off on the transaction, otherwise your being is in great danger of being over burdened with unforeseen interest rates.

(Note: The Devil’s lawyers are a knowledgeable bunch who have over 5000 years of law experience from civilizations and time periods all over the world. So, make sure you have a lawyer who is skilled in the Bible and is able to stand up to the Devil’s most powerful lawyer, Beelzebub.)

If you hear a voice in your head telling you not to sell your soul for whatever you want, please don’t listen to it. It’s God telling you to preserve your salvation. Many people have reported hearing God’s voice in telling them not to make the transaction, and they will tell you that it’s best to disregard it and continue on normally. The voice of God may be a powerful one indeed, but if it didn’t stop you from selling your soul before, then it clearly won’t work if you’re in the middle of making the deal. Fortunately, as far as difficulty goes, this is the most obstructing obstacle you will have to face.

In making the transaction itself, make sure that all the paperwork is filed, clearly stating what it is you want to gain from this exchange. When all the paperwork is signed and forwarded to the Devil himself, he will present to you a contract making sure that the deal is final. However, everything that the Twilight Zone, Ray Bradbury, Alfred Hitchcock and any other popular medium with useful morals about reading contracts carefully will not help in this situation, read the contract as much as you want you will get screwed no matter what you do. For more information about how the Devil operates, please refer to John 8:44, Revelation 12:9, 2 Corinthians 11:14, Matthew 16:23, or any other book with the slightest hint of logic.

Standard delivery time of receiving your earthly desire is instantaneous upon the immediate exchange of your soul, although delivery rates do cost a little extra. Fortunately, the Devil gives you a choice of payment between your sense of self-worth, empathy, sympathy, morals, and any remaining feelings you have about possible redemption. The Devil is open to all these forms of payment, however, because of the already depleted self-worth feelings experienced by many disillusioned and pessimistic people nowadays, the market for self-worth is starting to collapse upon itself and any remaining feelings of self-worth are bound to be volatile for even the Devil to take part in. Thus, as of recent tides in the markets of self-worth, he has replaced this option with love for humanity; albeit, this is not bound to last as well, but as of the current holdings, it is a moderate commodity that the Devil can make do with.

If in the event that you do not receive what you traded your soul for, it is either due to a mix-up in scheduling or selling your soul wasn’t enough, depending upon how great a wish it was. If the case is the former, all you must do is make contact with the Devil by painting 666 on the walls in your own blood and scheduling an appointment which is convenient for both you and him (note: it must be your own blood otherwise the Devil will be in contact with the person whose blood you used which has led to many systematic errors in the past.) If the case is the latter, then you must also offer a sacrifice as well as signing the contract; if you do not receive your wish in six business days, then sacrifice the newest born child in your family within a pentagram surrounded by lit candles. To make absolute sure that your wish is heard, then it would be in your best interest to play the following music as well:

The result should end in you getting what it is you traded your soul for at a much faster pace if you didn’t get it before. But be patient, as the Lord of the Underworld is a busy person coming up with new forms of tortures and new kinds ways for mortals to outwit the cleverness of God (as if that’s a hard task, in my opinion.)

As mentioned before, payment is instantaneous so long as you are willing to hand over your eternal being for a lifetime of damnation. Please make sure that you are fully set on selling your soul before making the final transaction with the Devil, because once you are in that contract, there is no backing out of it. In the past, people have attempted to redeem themselves after selling their souls, but out of all the people in history only one person made it through the red tape the Devil set up and helped the Devil create the Ken Clause. The Ken Clause was named after a Nebraskan man named Kenneth Woolridge who promised his soul to his wife in exchange for the last piece of pie, and therefore could not be taken into Hell because his wife already had prior custody of his soul. The Ken Clause states that all soul tradeoffs, with the Devil or otherwise, must be notified to the Devil before any tradeoffs, or must be decided in the appellate court within the fifth circle of Hell.

When the time has come for your earthly demise, the Devil’s P.R. demon, Mephistopheles, will appear and take you in for an eternity of torture and damnation. If you have not made a deal with the Devil and Mephistopheles appears before you, then simply remind him that you had no business with the Devil. If nothing turns up, then you are free to go. If it turns out you made a deal, you will only make it worse for yourself; remember, the Devil may be the ruler of the underground and the King of Darkness, but he knows a deal when he sees one, and recognizes that a contract is a contract.