Seeing "Watsky" Filled Me With Inspiration

Seeing Watsky In Concert Was Honestly The Inspiration I Needed

If you told sixteen-year-old me that I'd be almost front row at a hip-hop/rap show, I probably would've told you, "that's crazy! Rap is crap!" 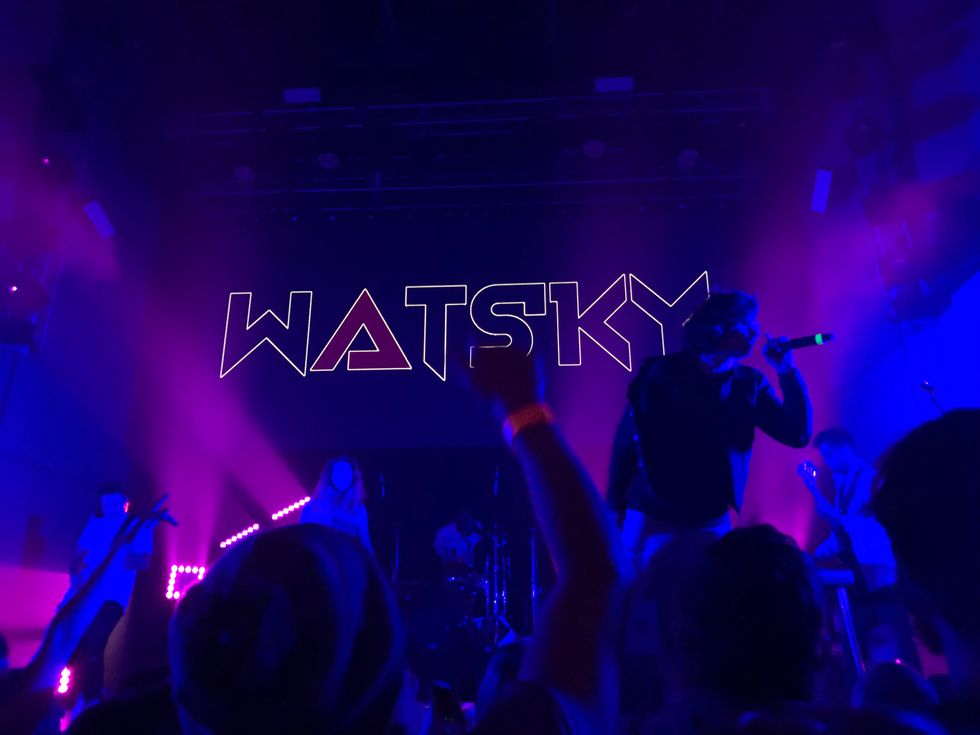 At sixteen, I cringed when my friends would play rap music. Most of the time, I suffered in silence. It wasn't until I heard George Watsky — a hip-hop lyricist, known as"Watsky" that I learned hip-hop and rap could be poetic, beautiful, uplifting, and even a little weird.

The summer leading up to my first year of college, I admittedly grew into liking artists like Kendrick Lamar, Futuristic, Rihanna, and Tyler, the Creator. I still bump to them fairly regularly. While I loved the heavy beats and impressing my friends with my "rap skills", there was something about the experience I was missing from these artists.

As for Lamar, I didn't grow up on the streets of Compton; I've never seen anybody murdered, and I don't know what it's like to be discriminated against. As for Tyler, the Creator, I related to him a bit more. His most recent album, Flowerboy, had several influences of loneliness - which is something I struggle with fairly regularly.

Let's be real though: there's something amazing about singing along to words you can relate to.

Watsky's music is upbeat and sometimes, a little strange. The first album I listened to, "Cardboard Castles" has several songs about working hard, staying strong, and fighting depression.

"I'll write until my fingers look like a bouquet of roses"

One morning, I was hanging out with my two best friends, Jake and Hunter, and we were talking about music. I must've mentioned sometime earlier that we had been discussing slam poetry in one of my classes. My friend Hunter brought up a former slam poet that's now a musician.

Jake screamed, "are you talking about Watsky?!" with so much enthusiasm I had to know what made this guy so awesome. So, they played me a song off "Cardboard Castles" called Sloppy Seconds.

I had the privilege of seeing George Watsky in concert in Portland, Maine, with Jake. I've only been to a handful of concerts; this was one of the more smaller ones I've been to. I saw Paramore this past summer, and the show was huge. It was cool to be in such a large crowd, sharing so much love for the artists in front of us.

That was the case for Watsky, but the crowd was definitely a lot smaller. His concert was full of a crazy energy. It was uplifting, motivating, and inspiring. It was powerful; there was such a positive energy throughout the whole show. I got to hear so many of my favorite songs (Moral of the Story and Sloppy Seconds, among others), I touched his sweaty back, and I got to experience it with my best friend.

I left the show with so much enthusiasm and drive to write; to work my hardest, and not let anything get in my way. Watsky hasn't let his struggles with epilepsy or homelessness get in his way. Those struggles have made him stronger. George Watsky has had such an impact on my life that I got an oak tree on my wrist to remind myself that I am strong as an oak.

Thanks for the lessons and reminders, Watsky.