A look inside: sean Stemaly

This new artist is making his mark on the hearts of country music lovers everywhere. 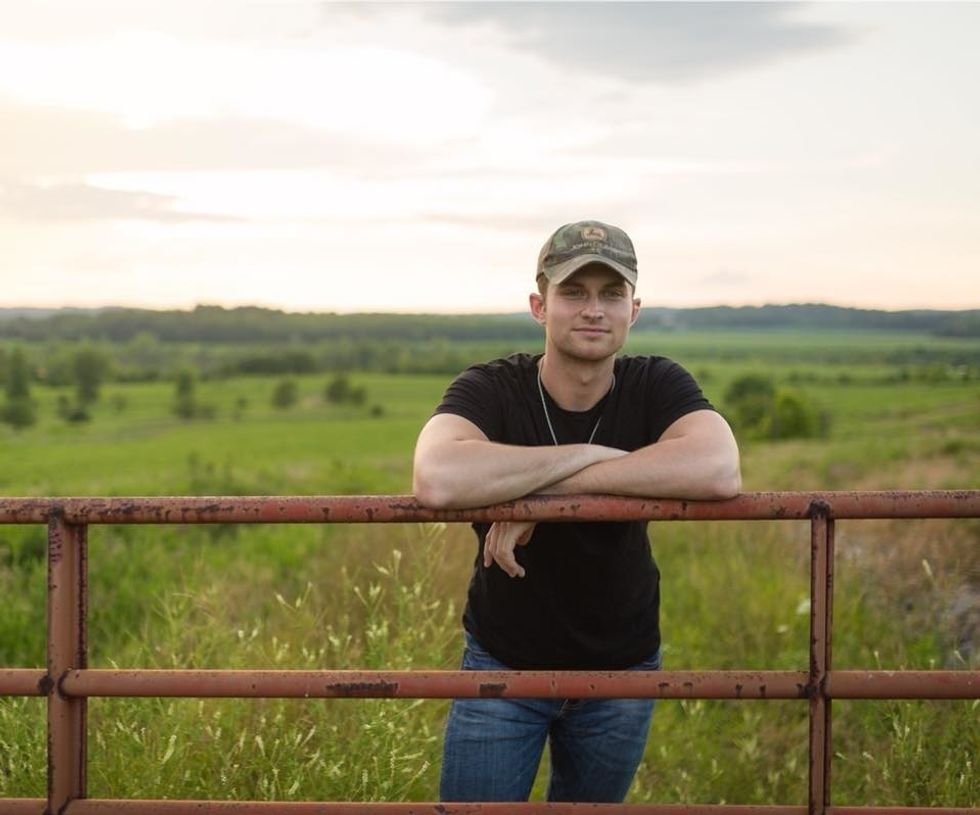 I don't know about you, but country music is one of the first things that I listened to growing up. My dad and I would listen to the classics when I was little and eventually started listening to the newer stuff as I got older. Now almost 20 years later I enjoy finding new artists to listen to in the country music scene.

I recently stumbled upon this amazing artist named Sean Stemaly. I don't find new artists that I like too often, but when I say this man's voice is amazing you'd better believe it.

I was so fortunate to be able to interview him for this article and he is a very sweet down to earth guy. Can you believe that he didn't even know that he could sing before the age of 19? Me either, this guy is a natural at what he does. He's 23 now and has only been playing guitar for two years. I've been playing for almost 8 years and I don't think I'm even half as talented as he is.

He started off singing while he worked in tractors for his grandpa after he graduated high school. A Craig Morgan song is the reason we have all been gifted with this man's voice. After singing along to Craig's song on the radio Sean realized he could carry a tune pretty well, and from there he started working on his voice during his 10-12 hour work days.

Around this time Vine was a big app new into the scene and this is where Sean made his debut by posting short clips that gained a lot of attention and allowed his fan base to start to grow. Not soon after he took to the stage by joining a local church vocal group in southern Indiana. There he sang in front of thousands of people — a hell-of-a-way to break through stage fright, right?

Fast forward a year later, after many weekend trips to Nashville to write music, he decided to take the leap and move to the city that is the heart of country music.

"It was one of the best decisions I've made," Sean said.

I definitely believe him, since then he has played numerous shows and written over 60 songs. He's currently finishing up a brand new single right now and is hoping to start on an EP project. I know I can't wait to tune into Spotify and listen to all his new work! His songs are inspired by his life, who he is, and where he comes from.

"I love to write about back home and experiences I had there, good relationships, bad ones, etc." Sean said.

I personally am looking forward to hearing the rest of "River Road", which is currently Sean's favorite original song that he's written! Feel free to check out his mini version on Instagram here.

He draws from that 90s country feel for a lot of his influences, and you can definitely see how it's made his music grow.

Music is his full-time work right now and between writing songs during the week and performing on the weekend, he is one busy man. However, according to him, he's never alone because he's surrounded by friends all the time.

"Most artists and songwriters are really supportive of each other, so we're all kind like a big family."

As for that big question that most of the ladies are asking, is he single? Well, this countryman isn't out searching for love at this moment, he says that it'll come when it comes and it's all in God's timing. In the meantime you can find this him out hunting, fishing, riding four wheelers, or helping out his grandpa back home. For him, there's something about grilling burgers and sharing a diet Dr. Pepper with his friends and family that just hits the spot.

You can just tell by the way he talks about his hometown that he is a family man, and, according to him, his family has been supportive through every step of his musical journey — even if it means him moving 3 hours away from home.

With his massive support team behind him and the determination that Sean has, you can tell that he is going to make it in this industry. He has hopes and dreams for the future and all we can do is continue to listen to his music and hope that he gets to achieve his dreams. One day he wants to be able to play at the Grand Ole Opry in Nashville, but he also has other hopes for his career.

"My main goal for the future is to make my mark in the country music industry."

Well, Sean, you have definitely made a mark on the hearts of country music lovers all around the world. I personally cannot wait to see where God takes you next!