I weighed both sides and came to the same conclusion. 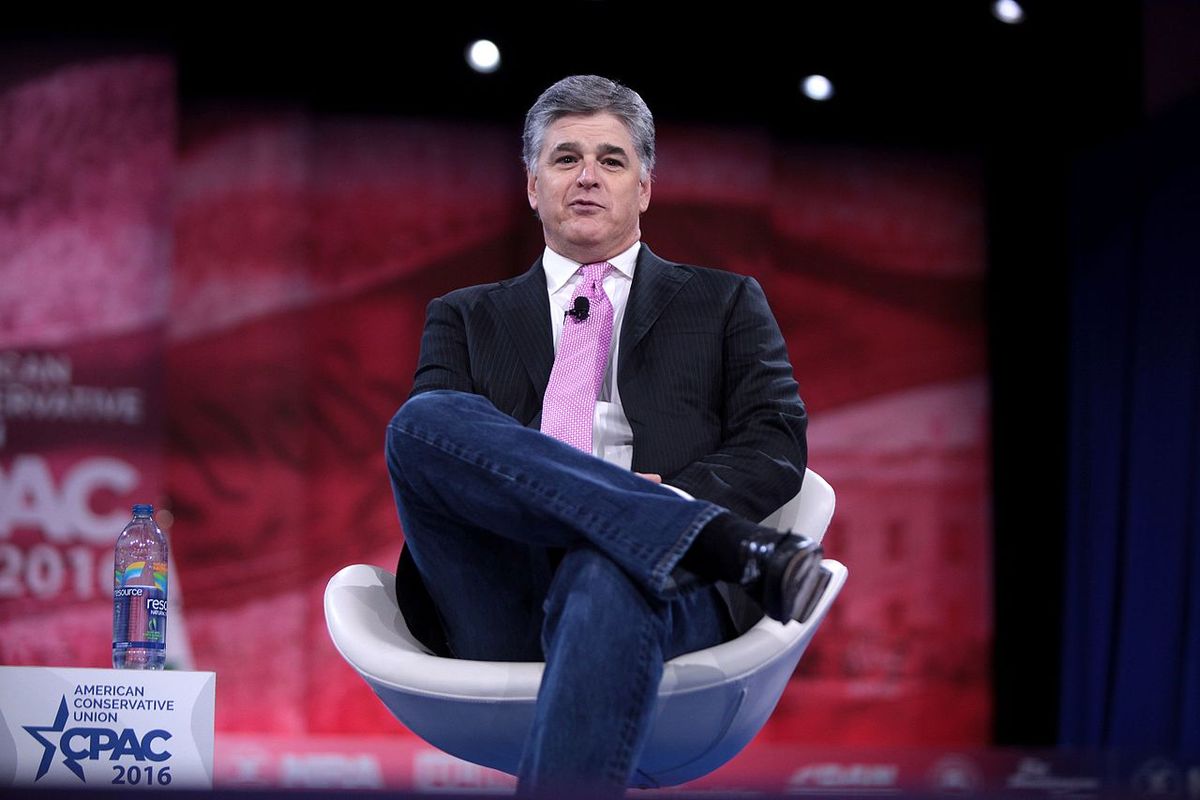 A few days ago, a miracle happened.

No, it wasn’t Trump announcing his resignation. (That will hopefully come another day.)

Sean Hannity’s Twitter was shut down for several, blessed hours.

The “reliable anchor” on Fox News temporarily lost access to his Twitter account, and people everywhere rejoiced — except for his devoted supporters, who believed that it was an infringement on our rights to freedom of speech. Twitter users everywhere were set ablaze with views on the matter. Liberals and conservatives alike took to social media to speak out about what had happened, similar to when Trump’s Twitter was shut down for 10 glorious minutes a few months back.

I even took part in the fun at first, but then I began to wonder a few things.

I have briefly decided to put my liberal opinions aside for just a moment, because this recent occurrence has made me think: is this an infringement on free speech? Is Twitter trying to block certain opinions from seeing the light of day? Are conservatives facing oppression unlike any other group before?

OK, the last part is a definite no, but I really did wonder about the other two points that were being made.

Furthermore, it’s made me think more about what an opinion is. Definition wise, it’s an idea that’s not always formed with knowledge or facts to back them up. Based on this, it would seem that yes, Twitter is blocking opinions. But this becomes a gray area. Even if opinions don’t have backing facts, they can still be spread far and wide when someone with a huge following believes it. This can be dangerous if the opinion is lacking facts and relies on propaganda.

Sean Hannity is someone who relies on propaganda to keep his career alive, so it’s possible that his tweets about the deep state and whatever else are seen as propaganda to take away from the chaos in Washington DC. Opinions started on the basis of propaganda and have zero facts behind them, but they have the potential to be deemed factual in the eyes of many.

Therefore, I do not consciously believe that shutting down Hannity’s Twitter account is a way of suppressing any opinions. I think it was a way of holding back from propaganda being spread, even if it was for a short time. If it was for a longer period of time, it would have been even better because then one less propagandist would have access to social media, but we can’t win everything, right?

Bottom line, people like Sean Hannity need to lose power. People like him and other “reporters” are actually preventing people from developing their own opinions, because they are spoon fed these baseless claims and think that because a news anchor said it, then it must be true. Sometimes, even these reporters find claims from less reputable sources to spread to their followers.

Regardless of where an opinion comes from, we should be cautious of it and make sure reputable sources are confirming it. If you have trouble figuring out which sources are reputable, here’s a list to help you out.

Never trust an opinion just because it’s given by a news report. Not all reporters are trustworthy.