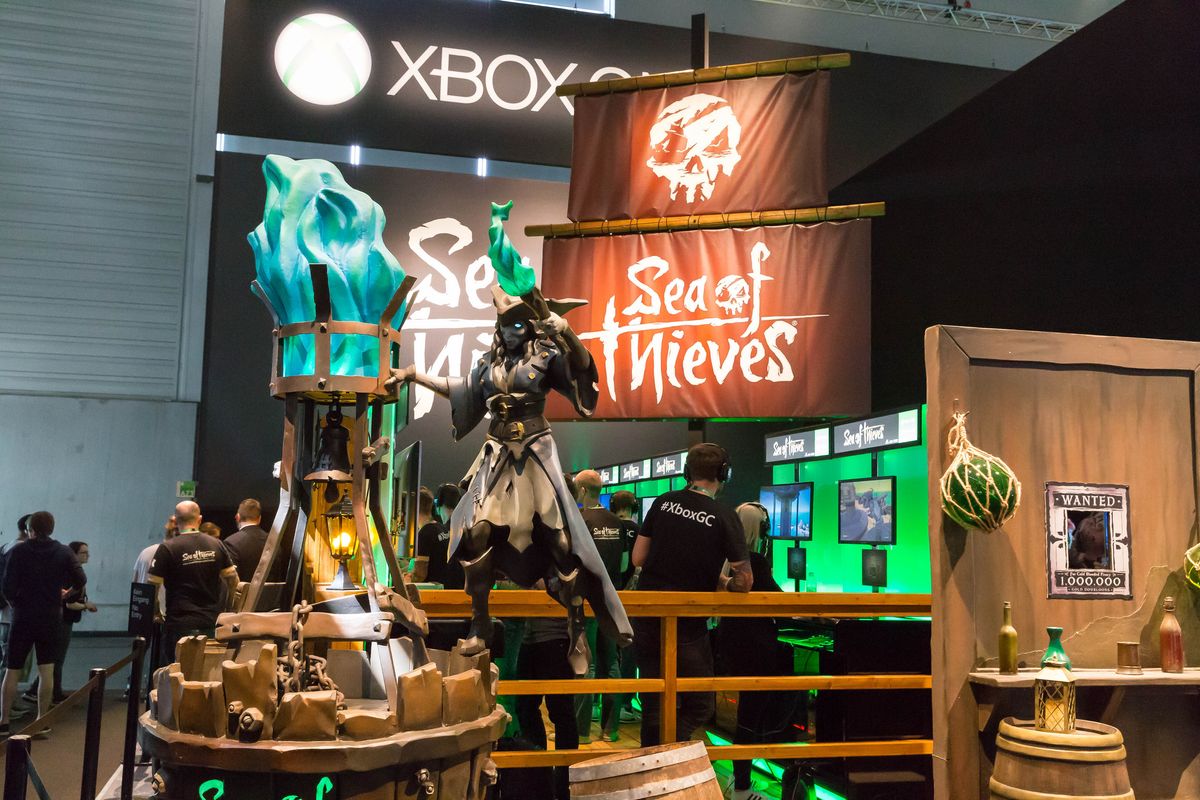 You have just finished the hour long download and are booting up the game "Sea Of Thieves" for the first time. You create your character and jump into a game with not much of a tutorial. You climb aboard your ship to go discover buried treasure. Alas, after hours of searching for the right island on the map, clumsily sailing around and fighting off an army of skeletons, you find the treasure!

Right as you reach the port to sell your treasure, a large galleon approaches and starts fire cannonballs into your puny sloop! You try to fight back, but it's no use. They steal your treasure and your hours of hard work are lost. Nevertheless, you pick up your controller and continue to play even though you just went through one of the worst gaming experiences ever. How can a game be so terrible yet so terribly addicting?

When I first played this game I was expecting something similar to "Sid Meier's Pirates!" and I was pleasantly surprised! Currently there is no plot or story line in the game, only the adventure of finding gold. There are a few different ways to find booty on the open sea, including going on a voyage for one of the three factions, raiding skeleton forts, looting shipwrecks or plundering other pirates' ships.

Being an open world game with the main transportation being a sailboat, doing just about anything in "Sea of Thieves" takes a long time. The shorter voyages with just one or two close destinations take anywhere from 15 minutes to an hour, while the longer voyages with up to a dozen destinations can keep you occupied for four plus hours!

That being said, playing solo for that long is boring and not to mention it is very risky since you are more likely to be attacked by a larger ship and crew. Playing this game with friends is the only way to go because you can earn more loot, faster with less chance of having to start over.

The game builds great teamwork skills through having multiple parts of the boat that have to controlled and checked on. On top of that there are other tools in the game that having crew mates that much better. For instance, you can celebrate a successful voyage with some grog or to pass the time while sailing, your crew can play sea shanties on concertinas and hurdy-gurdys. You can also have a contest to see who can launch themselves the furthest out of a cannon!

Most of the reviews of the game are mixed because despite the game being good overall, there is a great amount of room for improvement.

For instance, IGN gave the game a 7/10 which is about right in the middle of where games tend to score in their reviews. Similarly, Trusted Reviews gave the game 4/5 stars and put together a list of good and bad things about the game. On the other hand, metacritic has great divide of user reviews that average 5/10 and critic reviews that scored a little bit higher.

Among all the reviews the pros and cons end up being a lot of the same thing: the game is fun with friends but boring alone.

When it comes down to whether or not to buy the game I would definitely recommend the game but not at full price. There are plenty of used disks that fall well below the $60 price tag of the digital copy of the game. And with the Microsoft Game Pass, you can try the game and plenty others for only $10 a month. However since the price is so high, downloadable extras are rumored to be free.

The game is one of my favorite open world games because of the calming music, the smooth graphics and how much fun it is to play with friends. However, the server crashes, the price tag and the slow pace of the game can be frustrating at times. But in the end, it will be your favorite game to rage quit.