Science vs. Religion: Which Do You Believe?
Odyssey

Science vs. Religion: Which Do You Believe?

As a believer of both science and religion, I ask you: is it possible to possible to believe in both? 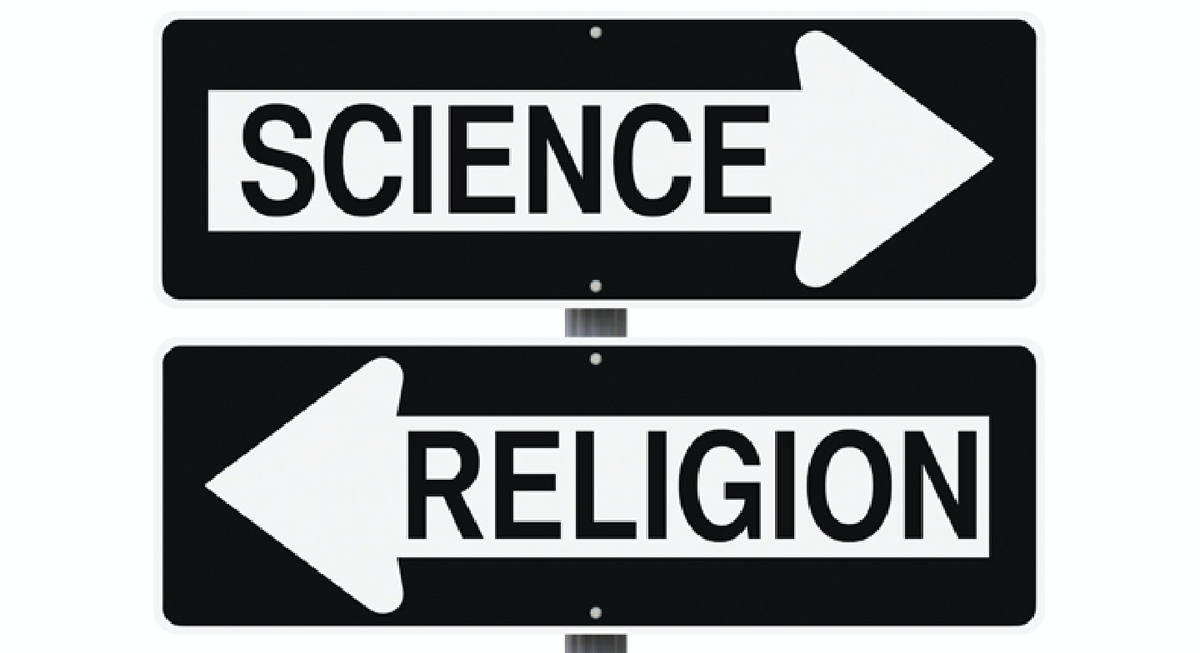 I think I came to a realization in second grade. Monday through Friday I would go to school and on Sundays, I would attend church. Math and English made sense. Social Studies (a.k.a History) was a bit boring, but even that made sense. Science...well...science was a different story. It's not that science didn't make sense. Heck, it probably made the most sense. The problem was, I didn't want science to make sense because then that would contradict all that I was taught in church. For someone who hasn't even reached double digits yet, you can see how'd that be confusing. Do I believe in school? Do I believe in church? Could I....believe in both?

Scientists have many theories as to how the world came into existence, the most famous of these being the Big Bang Theory. They have even gone so far as to tell me that my origins lie within an ape. I am well aware that these theories have scientific proof standing in their corner, but I'd be lying if I said I understood the complicated science behind it. It is then that I have no choice but to question it. How do I know that the science taught to me is reliable? I myself have not done the research, so it'd be impossible for me to confirm the work of scientists with full confidence - unless I test the theories myself. Therefore, one could say that we blindly follow the word of scientists - just as we would blindly follow a religious leader - without any question simply because science offers what religion cannot: proof.

It is in this case, however, that religion can counter and declare holy books as its proof. The Bible offers an explanation for Earth's creation that renders completely opposite of science. As the famous line goes, "God said, 'Let there be light'; and there was light" (Genesis 1:3). A significant moment in the Bible, this line marks the beginning of Earth at the hands God who is said to have created all that is living and all that is life. If this were true, then Darwin's Theory of Evolution (The Ape Theory) would be false seeing as how the first humans, Adam and Eve, were said to have been created by God. Now, there are, of course, other religious books besides the Bible, but the one thing that they all share is the belief of a superior being responsible for the birth of life. The issue with declaring a holy, or religious, book as proof is that the evidence is not concrete. Logically, a superior being (a.k.a God) would explain all that is unexplainable, but, in actuality, there has been no, and possibly can never be, any physical proof of God's existence.

Believing in both science and religion, I often find myself in the predicament of questioning my reality and my faith. To me, both exist on two very opposite and two very real planes. While science offers concrete and sensible evidence, religion offers an explanation for all despite its dependability on faith alone. Then again, perhaps science and religion do exist harmoniously together, but our minds are not yet capable of conceiving of such a possibility. Human beings are constantly searching for a way to validate the world around us, when maybe we should just be accepting of the fact that life itself is too big and refuses to be validated by us.