Why religion is the opiate of the masses. 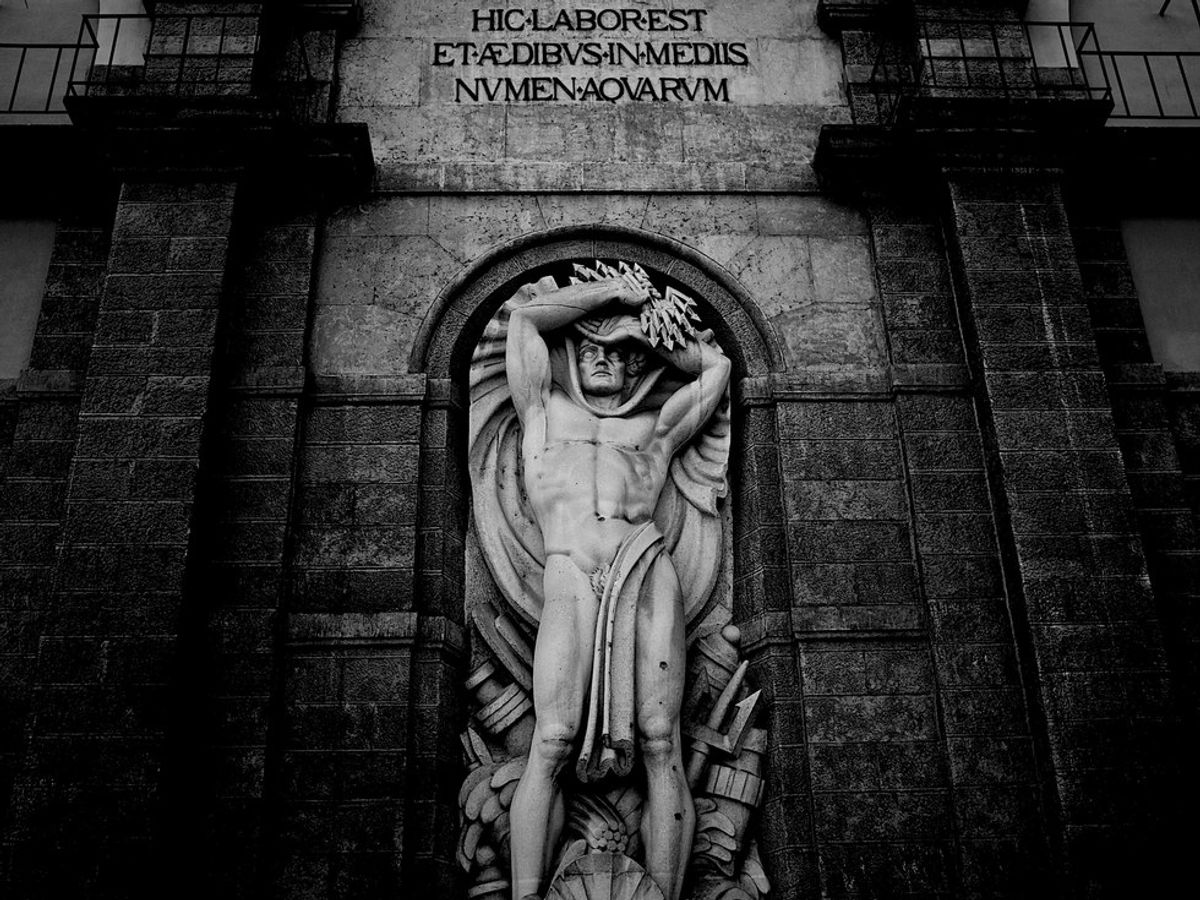 Religion has been used for many different reasons over the years. In times of sorrow, it’s used to find solace in our lives. When we are at a crossroads, we reach out to god for guidance. If we are in great peril, we pray for our safe return. These are just some of the hundreds of reasons why people seek out religion, but the reality is, religion was created for one reason and one reason only: to explain what we do not understand.

Religion, in its most basic forms, was used with deities and stories of their doings to explain how everything we see around us exists and why it looks and acts how it does. Religion, no matter the religion, is based around the belief in a superhuman being(s) that has influence on life events around you. Thousands of years ago, when humans were just beginning to invent languages and observe the world around us, we did not have explanations for why we existed, how the world came to be, or anything else to do with our little blue planet. So, we searched for answers. Each culture discovered and wrote their own stories to record how they believed we were made. Romans, Greeks, and Egyptians all created polytheistic religions that had god's governing each aspect of life. These religions were the premier source of explanation long before modern religions, to the point where Ancient Egyptians were worshiping Ra and Osiris almost 3 millennium before Jesus Christ walked the earth.

Of course, these religions have been replaced by monotheistic religions, specifically Judaism, Christianity, and Islam, each one younger than the next, and none as old as the polytheistic faiths.Though many of these religions caused wars between cultures ( in attempt to prove that their religion was the proper faith), they all have one unifying aspect. Each religion involves fantastic, amazing, miracles completed by gods. No religion, with the exception of pantheism, believes 100% in science fact. Even pantheism views the universe as a manifestation of god and his doings, but they do not believe that he is a benevolent being existing on his own. The amazing thing is, even though these belief systems were setup to explain what we do not understand in a time long, long ago, and that we have since made leaps and bounds in scientific study to explain nearly all aspects of life, people still cling to these ideas. Religions still have billions and billions of followers, and continue to be a source of global conflict, even when we have scientific evidence to answer nearly all questions about the universe, and nothing to suggest that we were created any other way than through the process of evolution.

Atheism, a “belief” system I abhor calling a belief, is where I fall. I see the world as it is, with concrete evidence and nothing more. No beings, no magic, no creation. Just what is and what isn’t. I still cannot believe that there are some people that see all of the theories and studies that have been done to prove how we got here, and refute them based of off the writings in a book 2000 years ago. My conversations about religion primarily happen with Christians, and I have had several debates about how the earth isn’t 6000 years old. “But Wyatt, that's the minority of people, not a fair representation”. You would be incorrect, because as of 2012, 4 in 10 people in america believe that the world is less than 10000 years old and was created by god. (Newport, 2012 http://www.livescience.com/46123-many-americans-cr...). I find this statistic astonishing, because it shows a blatant disregard for scientific facts. There are a multitude of explanations for how the earth is older than that, and the idea that 46% of Americans will flat out ignore them amazes me.

So, to everyone out there that thinks god made us not science, I ask you this: What criteria do you use to decide when science is right or when it is wrong? I think it’s when science conflicts your beliefs, you call BS. But when it lines up, that's fine. When the doctor tells you you have the flu, you listen. But if I show you the recordings of 300000 year old ice cores, you tell me its fake because it would change your beliefs. Here's the difference between you and me. If you show me concrete evidence of god's existence, I’ll believe you. But, I can show you all of the evidence available to disprove your beliefs about god and how we got here and you won’t change. Religion is a comfort, a crutch for people who don’t want to accept that we are born, live, and die. That’s it. You didn’t appear in someone's mind then get created, and nothing you see around you in nature was “designed”. Everything happened in its own accord, and through the natural course of nature. Being rock hard in your beliefs is noble, but it breeds a closed mind attitude and the tendency to disregard opinions or ideas that disagree with you. Take a hard look at who that makes you, and tell me if that's for the better.