School Shootings: What Do We Do Next?
Odyssey

School Shootings: What Do We Do Next? 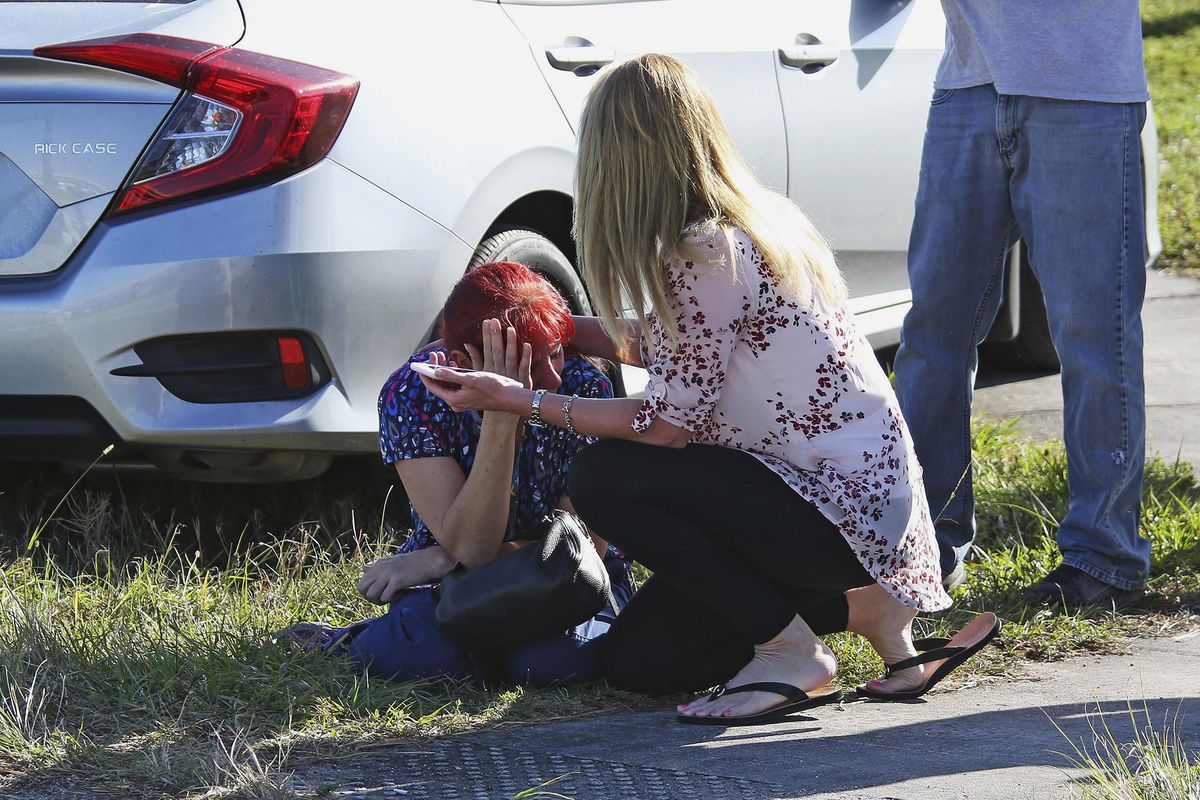 School shootings. It has become an event and word so ingrained in everyone’s mind that it is impossible to forget. The most recent one has been the Majory Stoneman Douglas High School shooting in Florida on february 14th. Seventeen people were killed through his AR-15 and at least fourteen were injured. The shooter was Nikolas Cruz, a 19-year old former student and was identified through security cameras.

In the year 2018, which has been less than three months, there have been eighteen school shootings. That averages to around three per week. It is truly terrifying how accustomed we have become to seeing school shootings on news station. The feelings of disbelief, shock, and horror remain the same but it is so often at this point that the impact is not the same. We go through this cycle of grieving, sending thoughts and prayers, saying it is too soon, and then the event is no longer in the news. As someone from Connecticut, only a half hour from Sandy Hook I saw how that impacted people. Even after the cameras had left parents and educators were left picking up the pieces. People who never even thought much about firearms quickly became advocates.

The kids that survived this most recent shooting broke this cycle. They began protesting and organizing immediately. Rather than mourning at home the kids banded together to try to make changes. They even coordinated a televised town hall through CNN in which Senator Nelson, Marco rubio, Congressman Deutch, and an NRA spokesperson came to speak to the town and allow questions and answers. It should be noted that President Trump as well as the Governor was invited to join, but declined even in the form of video-chatting.The crowd was high with emotion as the kids and parents asked questions. Many of the questions pertained to in depth background checks, gun control, and the corruption of NRA lobbying. The two hour event was interesting to say the least. Even through my phone screen I could feel the passion.

However, there is a lot to be addressed. With this school shooting in particular there is a lot of blame to go around. Firstly, the authorities as well as the FBI had been tipped off about this individual before. Cruz had known mental illness such as autism, depression, and ADHD. He had behavior issues that led to him being moved around from schools six different times within a three year period. His neighbor’s had seen him in his backyard with weapons. I am not entirely sure why this was not addressed properly. Secondly, Florida is very liennant with the purchasing of firearms, which contributes to why Cruz was able to obtain a weapon easily. There should be changes made to that. Governor Rick Scott has already started working on this. Thirdly, I believe that while thoughts and prayers are a lovely sentiment, action needs to be taken. Even the survivors of Stoneman Douglas are demanding action rather than simply thoughts and prayers and I can see their point. As they say, this will be the last shooting. Lastly, I believe that language is important here. Calling the killer “crazy” and “insane” honestly does not pinpoint what the problem is. I can easily see all mental illnesses quickly being summed up into the category of “school shooters”. It’s important to recognize who the problem is.

This shooting like every other shooting was tragic and absolutely horrific. The people that gave their lives to protect students will forever be heroes. My sincere hope is that this is the last one and that this time we actually do something to stop this epidemic.