17 Brands To Support And Buy Sazón From That Aren't Goya 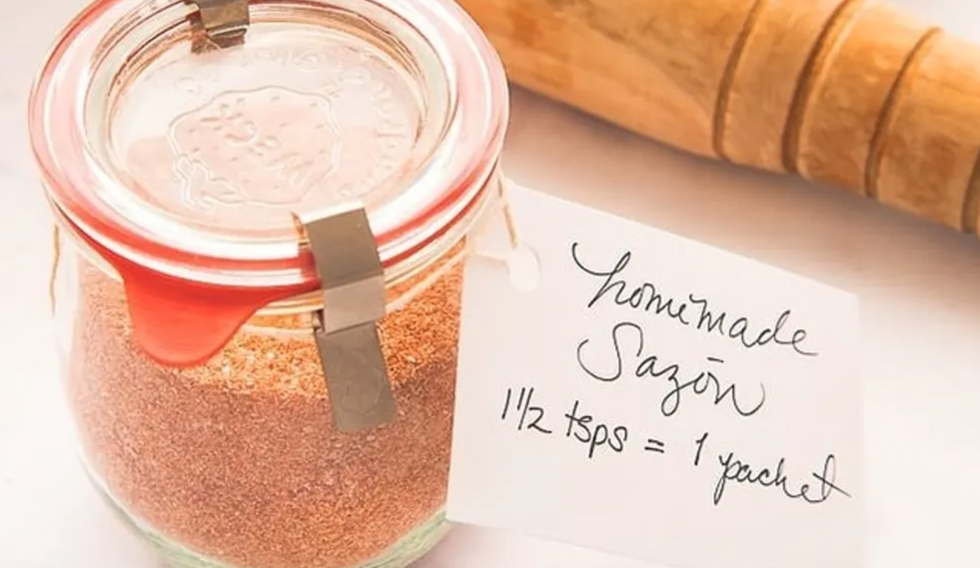 For a long time, Goya has been a staple in some Latino households. People carry around jars of Adobo when they eat at friend's houses and packets of Sazón Goya can be found in almost everyone's pantry. Many BuzzFeed lists, videos, and memes aimed at Latinos reference Goya somewhere.

But in a year that just keeps hitting us with bad news, Goya Foods CEO Robert Unanue said that Trump was an "incredible builder" and that the US was "blessed" to have him as president at a White House event on Thursday.

To many who have been struggling because of Trump and his policies, it's a real blow and just an example of billionaires supporting billionaires. The Unanue family is the second-wealthiest Spanish-American family in the United States, having a net worth of $1.1 billion in 2014.

When confronted with backlash from celebrities, politicians, and the general public, Unanue complained that his free speech was being oppressed. Yes, he has the right to say what he wants. But the people have the right to stop buying his products if they don't like what he has to say.

That's part of our freedoms as consumers in a capitalist market.

Unanue feels like he's been slapped in the face by his largest consumer base, but the truth is, he doesn't experience the negative sides of Trump's regime. He's rich, white, and Spanish (not Mexican, Puerto Rican, etc). He has privilege that a lot of people that swore by his products do not.

There are several better, tastier, healthier, and fresher alternatives to Goya Foods. And what's better? Many of these alternative options are created and sold by small businesses owned by BIPOC. Win, win, win!

Pisqueya is a Dominican "hot sauce with a twist," composed of Latin/Caribbean flavors.

Eric Rivera's passion for cooking coupled with his Puerto Rican family's kitchen has led to the creation of his own restaurant group and pantry products that you can order online such as beans, rice, sofrito, mojo, sazón, adobo, and flan.

Guelaguetza is owned and run by a Mexican-born family. They sell mole jars that are easy to prepare, along with chiles, herbs, michelada mixes, and beans hand-picked and imported from Oaxaca, Mexico.

Owner Karin Arias is a Registered Dietitian Nutritionist who sells a salt-free adobo blend. She said in an Instagram post, "Covid-19 has truly highlighted the health disparities in our communities and how it has disproportionately affected our people due to previous health conditions such as high blood pressure, diabetes, heart disease, etc."

Derick Lopez is the executive chef and owner of The Freakin Rican – a Puerto Rican restaurant and shop for sofrito, adobo, and pasteles!

Ibraheem Basir's kitchen growing up was a melting pot of his mom's southern cooking and his Caribbean/Latinx neighbors' culinary influences. A Dozen Cousins offers easy-to-prep authentic, wholesome, and nutritious foods.

The Spice Suite is an interactive spice bar that features various blends and herbs from around the world, as well as infused cooking oils.

Gisel Barrett & and her husband Edgar Flores are the founders of MAXA, a Mexican market that offers products made by Mexican and Mexican-American entrepreneurs using natural/organic ingredients.

Loisa is set on honoring tradition but with better quality foods and was created by two long-time friends with an appreciation for traditional Latin flavors.

Leche is a Latinx-owned company that aims to show the wide variety of flavors the culture has to offer with their teas, milks, and coffees.

Lola's Mercadito is where you can shop delicious ingredients and handmade goods that supports the advancement of women in education, business, and leadership.

From a Mexican background, the creator of Spanglish Asadero makes everything from scratch, from the tortillas hechas a mano, the chiles asados for the salsa de molcajete, frijoles de la hoya & rice to the refreshing aguas frescas.

Founder Steve sources his beans directly from independent farmers in Mexico as part of the Rancho Gordo-Xoxco Project.

La Costeña is a large brand based out of Mexico. If you can't support the smaller businesses because they are sold out or shipping costs are not accessible for you, La Costeña offers many great products (like beans) that you can probably find at a nearby grocery store at an affordable price!

Unanue may want his company to be free of political questioning, but what you choose to buy and eat has political power. We still have La Costeña, El Mexicano, Badia, Herdez, Knorr, Maggie and other tasty brands.