Penn State, I Wish I Had Known To Say Goodbye

Penn State, I Wish I Had Known To Say Goodbye

The Class of 2020's hearts are collectively breaking as the news continues to headline "college classes being held online until the end of Spring Semester and graduations being postponed." 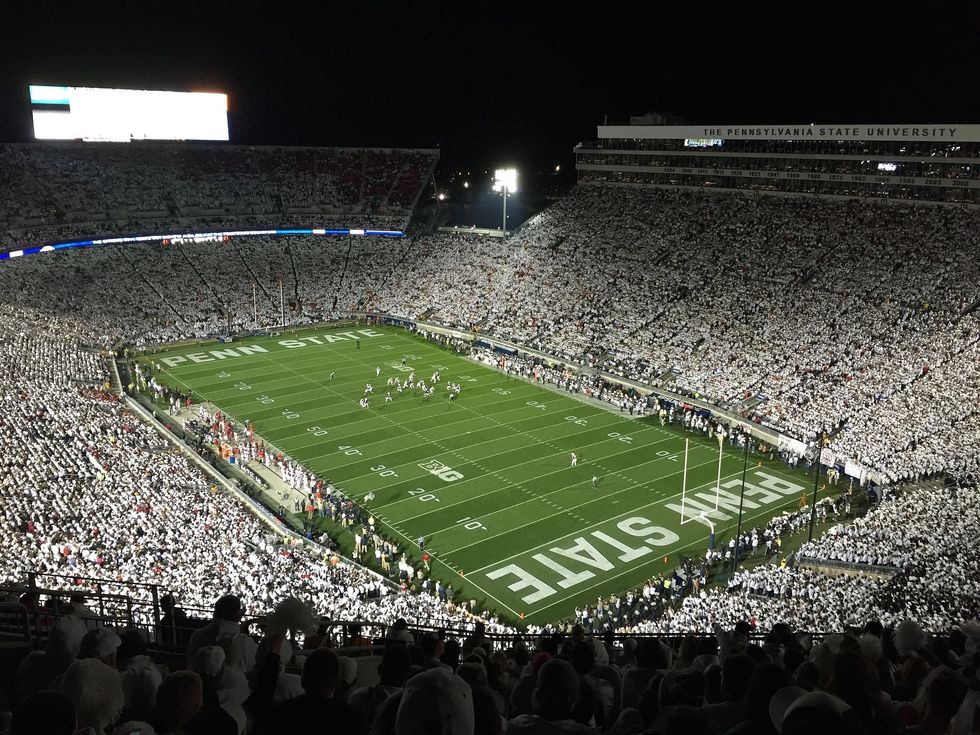 Image by 450andylocke from Pixabay

As a last-semester senior, the six weeks after coming back from Spring Break was meant to be the beginning of all of the "lasts" that we have been anticipating for four years.

While the safety of the entire country is very important to all of us, it's safe to say that the "Class of 2020's" hearts are collectively breaking as the news continues to headline "college classes being held online until the end of Spring Semester and graduations being postponed."

For every college student, this is more than something we do during the day to land our dream job. College has become our norm. College is our home. College has become our life and our livelihood as we spent the past four years waking up extra early, staying up too late, and stressing ourselves out over countless exams just to tell ourselves "it'll all be worth it at graduation."

The abrupt ending of this semester isn't just an extended Spring Break or time to sit at home and relax, but this abrupt ending is the fear of what's to come, the worry about all of our events being canceled, trying to manage the stress of managing all of our classes online, what's going to happen to the jobs we have lined up to start this summer, and a mass of chaotic emails from our professors who keep reminding us that everything will be "okay."

While things are changing every day and we try so hard to keep our spirits up and stay proud of ourselves because "at least you'll still get your diploma," here's all the things I wish I had known before leaving campus for the last time...

I wish I had known to drive a little slower through campus that last day before Spring Break; because that would be the last time I would drive away.

I wish I had known to linger around the building, the same building that housed all of my classes for the last four years, a little longer; to take in all of it one more time.

I wish I had known to stop into each professor's office; to hug them and thank them for the advice and wisdom they gave to us these past few years and for loving us through some of the worst moments of our lives thus far.

I wish I had spent a little longer saying goodbye to my friends before Spring Break; not knowing that our one-week goodbye would turn into an "I don't know when or if I'll see you again" goodbye.

I wish I had taken in every second of my last lecture in the classrooms that I got so dang tired of seeing.

I wish I had known to not wish time to go so fast during this last semester.

I wish I had known that I would find out some of the worst news of my life over Twitter and that a seemingly normal Wednesday morning would turn out to be one of the saddest moments I've had to experience.

I wish I had known to take more pictures when I had the chance; instead of thinking "we'll get more as the end of the semester gets closer."

I wish I had known, last fall, that those would be my last final exams, my last "last week" of school, my last time to officially say goodbye.

I wish I had known that every sporting event, awards ceremony, or research fair that everybody experiences during their last semester wouldn't be happening for me.

I wish I had known that I wouldn't get to say the goodbyes that I had been dreading saying since my Freshman year of college.

I wish I had known that losing all that I was looking forward to these next few months would prompt a sense of grief that I didn't know existed.

I wish I had known that the routine that I spent years following, would be taken from me overnight.

I wish I had known that the Saturday morning graduation in early May that I have been counting down the days til since my senior year started, would no longer be such an important, exciting day for me.

I wish I had known to spend a little less time complaining about the early mornings or late nights, but take in every moment with the people that I had spent some of the best (and worst) days of my life with.

I wish I had known to go back and tell my "Junior-year self" to take it all in because next year wouldn't be the same at all.

I wish I had known that I'll never get the "lasts" that I always imagined getting.

Most importantly, I wish I had known earlier that handling a time like this and learning to accept and come to terms with the things that I cannot change will make me a better person in the end (no matter how bad it hurts right now).

From Your Site Articles
social life
Report this Content