Say Yeet While You Still Can

Say 'Yeet' While You Still Can And Yeet Other Words, While You're At It

The cringey, multipurpose exclamation has taken over teenage vocabulary as the defining word of choice. 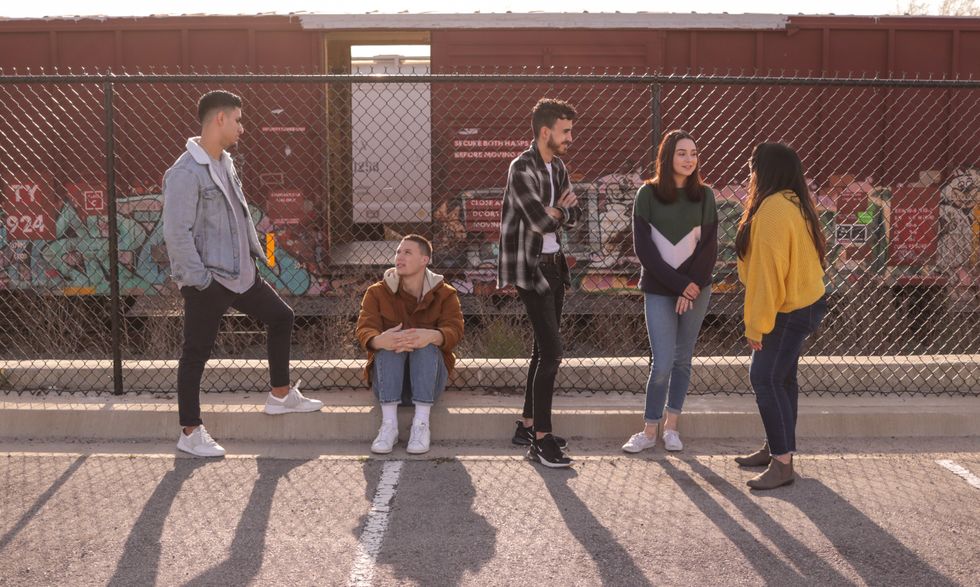 It's impossible to live on a college campus without hearing it. High schools are probably just as filled with it. Teenagers will parade it around wherever they go.

Just saying it in writing infuses a subject with excitement, passion, and an absurd amount of cringe. It takes a lot of guts to yeet at a crowd of folks unfamiliar with young people's choice of vocabulary. The aspirated 'ha' sound in the middle and the guttural roar that the word begets can be most unwelcoming to untrained ears. Yet—or should I say yeet—among all of the options in teenage vernacular, within which "oof," "mood," "it be like that," "ouch," and even just "F" appear, yeet remains the most universal element of expression.

A population's language from a given time period reveals a lot about that group's identity. That's a blatantly obvious statement, but what, then, does the unabashed yeet say about contemporary teenage culture (or lack thereof)?

We must first begin with what it means to yeet. Urban Dictionary, as always, provides useful distinctions to begin the conversation around a word. The first definition is a formal reflection of primordial yet primitive uses of yeet. "To discard an item at a high velocity." Indeed, yeet's initial appearances within the annals of YouTube and Vine took the form of a forceful release of waste. One recent video (be wary of profanity) features a high school girl shouting an expletive before yeeting a soda can into a crowded hallway. More ancient documentation illustrates another youth showing off his dance moves, using gestures to indicate a throw of some sort as his friends hype him up. As my brother likes to say, "The Lord yeeteth, and the Lord yanketh away."

Urban Dictionary's following definition gets into the more complex levels of meaning behind yeet. "Yeet is a versatile word that can be used as an exclamation, a verb, or even a noun." To yeet is a more abstract of release, of emitting raw energy, or of collecting the oneness of the expanding universe and packaging it into the compact dense form of that of a neutron star. "Let's yeet out of here," a friend once shouted to me as we were excited to exit and continue along our journey. Yeet's noun form is a grammatical reorganization of the traditional yeet verb. I refer to my first toss of gum from my lofted bed down to the trash can as "The Yeet From The Heavens" or "The Yeet From Yote-nheim." And more simply, when one feels a surge of adrenaline, an uninhibited instinct, or just a casual desire, the simple shout will come from the diaphragm up, relieving the tension. "Yeet."

There is still debate as to what grammatical manipulations of yeet should precisely be. As a nonconformist myself, I am of the opinion that the past tense of yeet should be yote and the past participle form should be yate, as in "I yote yesterday, but I have not yate today." I've had a vehement disagreement with my misinformed sibling, who refuses to accept anything but "yate" as the alternative structure to indicate prior yeeting. "I yate yesterday," he tells our mom in a call as I look from his side in disgust.

The noncommittal yeet, ever able to be inserted into a conversation, expresses an interest in transparency within adolescent communication. While it's perhaps more comprehensible to adhere to prior standards of language wherein a word has an explicit set of definitions, it's more appealing and perhaps more relevant in the contemporary speech to find a word upon which everything hinges. Yeet is this avatar, a martyr, a harbinger of the imminent stream of intoxicating fervor. It is an enthusiastic affirmation and an equally enthusiastic negation. It is a lifestyle of excitement or one of minimalist expression. Yeet is what a yeeter means it to be.

As a standalone unit of meaning, yeet means nothing. It is our collective consciousness that gives it meaning. Future generations will marvel at the endless yeet Vines, Snaps, and YouTube videos that plague current social media. They'll wonder what the word meant and why it dominated early 21st-century rhetoric when there were so many other choices in words to be made. We might as well enjoy using yeet while we still can because we all know how quick popular trends rise and fall within our generation. When a yeet is met with not furrowed eyebrows and confusion but an uninterested indifference, then that will be the end of the yeets short-lived empire. Thankfully, we're just not there yeet.

teenagers
Report this Content
This article has not been reviewed by Odyssey HQ and solely reflects the ideas and opinions of the creator.