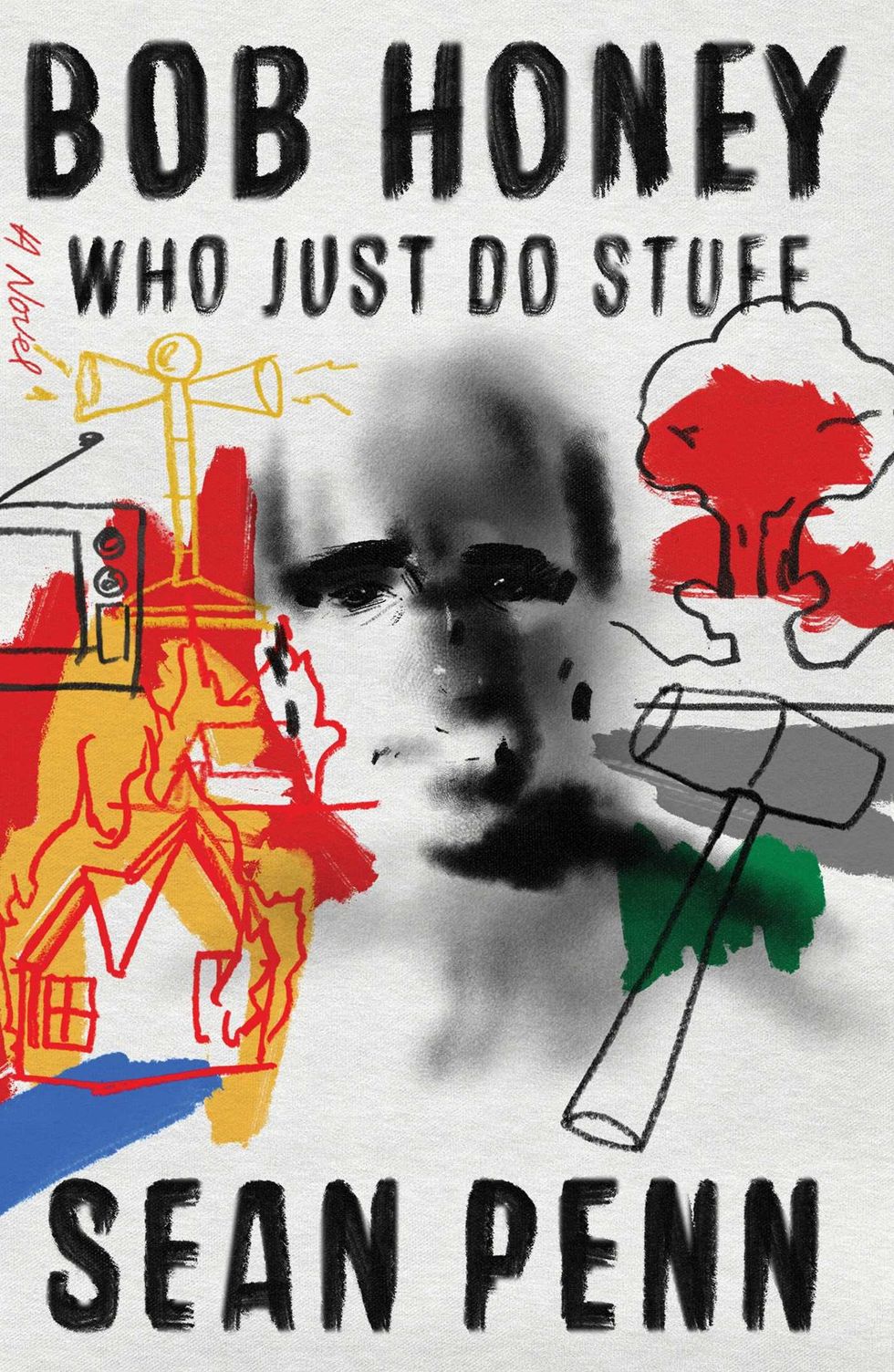 Where would literature be without satire? From George Orwell to Stephen Colbert, satire has carried us through every era of American history with cunning honesty.

I see satire is a form of social progress. As a college student, and attentive reader of the constant news cycle, I often rely on comedy as a way to digest and reflect on what it means to be an American today. The Colbert Report, SNL, Key and Peele, and Seth Meyers have safeguarded America's sense of humor by exposing truth through wit and subtle satire.

Satire is a tool to move stagnated conversations forward and disrupt the rhetoric commonly used to discuss sensitive topics. It steps outside the bounds of "political correctness" to reveal the absurdities that other forms of literature are too polite to discuss. That's clear in Bob Honey Who Just Do Stuff, Sean Penn's debut novel uses satire to take a good, hard look at the America of present.

The novel follows Bob, an average blue-collar American with a second life as a skilled assassin. Penn highlights the ironies and shortcomings of American society through the everyday trials and tribulations of Bob's not-so-average life.

Penn doesn't hold back with his commentary. It may be pointed and crass at times but his dialogue is necessary, especially considering the hefty topics he takes on and the caricature he paints of America's current political system. His work looks at issues with a wide lens and peels away the societal norms that protect them.

Social commentary is grounded in the ability to see and recognize the absurdity of one's cultural counterparts. That's absolutely necessary in today's society. We've spiraled into an ego-driven, shallow, social-justice-warrior version of what it means to fight for freedom and democratic ideals. Social media exacerbates this. It's a safe place to express outrage without action and feeds into a culture that encourages personal branding instead of personal development and substantive individual thought.

Never before has American culture relied so heavily on the power of the individual and cultivating that image to the extreme. "Branding is being! Branding is being! The algorithm for modern binary existentialism," Penn writes in Bob Honey Who Just Do Stuff. Yet never before has the individual in American been so cowardly and unwilling to step away from the noise. Bob Honey does just that. It consumes the noise, digests it, and spits it back at us in the rawest form. In many ways, Penn calls America out on the funny-business that's gone on under the table for far too long.

Sean Penn isn't shy. There's satire dripping from every passage of his work – biting criticisms for a system he knows all too well. Satire allows him to express this in a way that's engaging and different. It gets people's attention in a way that any other form of prose can't.

The problems of our society are rearing their ugly heads in everyday life. Violence, xenophobia, and inequality are rampant. Too many are willing to tweet about it and then forget. But 140 characters is not enough to express nor capture the outrage that we all should be feeling. Like any other form of expression, getting down to the nitty-gritty of what's wrong with our society requires creativity. In the case of Bob Honey Who Just Do Stuff, it seems satire is just what the doctor ordered – a cure in the form of an average Bob. "His ability wasn't brandable, but it was Bob. Bob Honey."

We are bound by ideals, values, and beliefs that are the bedrock of American culture. At some level, society relies and thrives on that uniformity. But there would be no progress if writers and thinkers were not bold enough to challenge those norms. It's those ideas, expressed creatively as humor and satire, that will ultimately shape the society we become.