The Golden Gate Bridge is beautiful, but there is so much more to visit in the City. 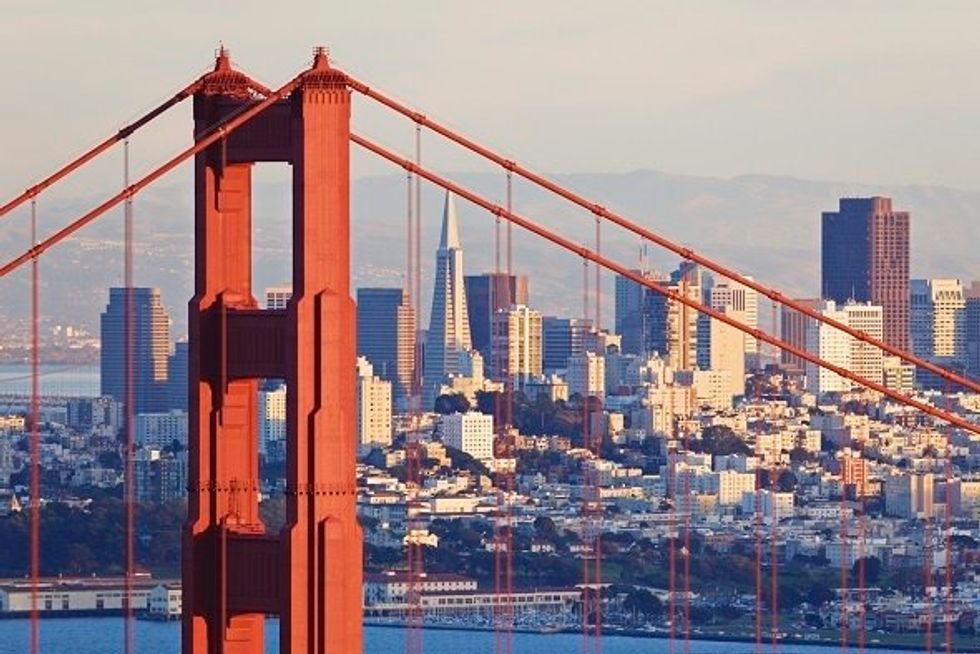 "When the lights go down in the City / And the sun shines on the bay / Ooh, I wanna be there in my City, oh" - Journey

Regardless of my ups and downs in emotions regarding my life and interaction with it, I will never not believe that San Francisco is the most amazing city in the world with the most intricate and fascinating history.

Whether you've seen clips from Full House or the sepia opening credits from Charmed, the charming San Francisco skyline has remained one of the most magical we'll ever experience seeing. Although I may be slightly biased.

I grew up in San Francisco; although not literally, it is where I spent the most memorable days of my childhood and was the urban landscape that I most romanticized enough to write a personal statement based on my love for it. When people hear the words, "San Francisco," they immediately think of the slate Pacific Ocean, the meandering and rolling hills, and, of course, one of the wonders of the world: the Golden Gate Bridge.

As I mentioned, I am biased and believe that the Golden Gate Bridge is one of the most spectacular pieces of architecture in the world. I have hiked and driven in the hills behind the towering bridge in the morning and at dusk just to take in the fog lifting and settling around the gorgeous structure.

However, I believe that SF needs to be recognized for more than just the Golden Gate, even if it's one of the most recognizable. San Francisco has so many reasons that it deserves to be visited and admired that I must share them with you all to inspire your next long-weekend or summer trip.

Don't forget about the other bridge in the city of San Francisco: the Bay Bridge. This bridge actually serves as the connection between the two sides of the Bay - Oakland and San Francisco. Not only is this bridge incredibly important as a function of the City, but it also lights up at night in beautiful white lights that travel down the length of the bridge. When that crisp SF fog settles over the Bay Bridge, the lights seem eerie and ghostly in the most captivating way.

The Coit Tower adds to the history of the city and is one of the most rewarding heights in the City. The hike from the base of Telegraph Hill, famous in its own right and home to a population of wild parrots, to the tops of the tower provide sweeping views of the city and add to the mystique.

If you want to know what San Francisco, look no further than the City Lights Bookstore. This is where the Beats Generation found its footing and Allen Ginsberg's "Howl" took a hold in our hearts. Founded by poets Lawrence Ferlinghetti and Peter D. Martin, this was the home to the most prolific writers of the last century and served as a home to those in love with literature - myself included.

If you're looking for a true San Francisco experience, look no further than Dolores Park. Here you'll find San Franciscans from all walks of life coming together to lie on a hill during one of the few warm and sunny days the city graces us with.

San Francisco is more than just the urban life that one immediately thinks of. The Golden Gate State Park is home to the best trails and hikes, along with the Rose Garden and the venue for the Outsidelands music festival.

You want to know where those iconic shots of the Golden Gate Bridge are taken from? It's from those hills behind the bridge. Not only is it a perfect view point to take in San Francisco for all its glory, but the Marin Headlands are home to some of the most spectacular hikes. You can also visit the Point Bonita Lighthouse, which just looks over the Pacific.

San Francisco, even with the ever-changing landscape and difficulties I've experienced as the city has grown and changed, will forever remain as my beacon to home.

Being from the Bay Area, but not from a major city, I've struggled to know where to truly identify with. San Francisco started as, developed into, and will always remain a refuge to those that learn to love her.

Hopefully, the next time you come to the City, you'll explore these less-known spots and learn to love this place through my eyes.