Once a year, Brooklyn Botanical Gardens turns into Japan Fest. 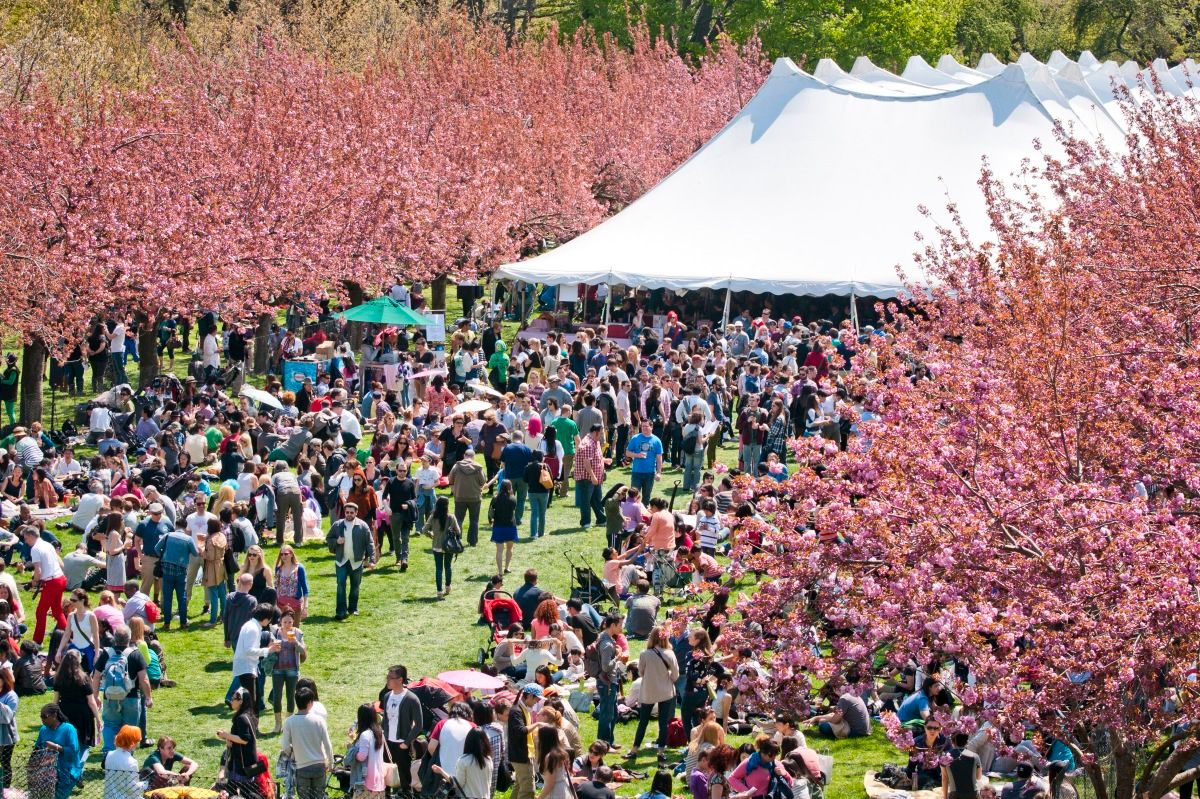 I heard about Sakura Matsuri a few years ago, but this weekend, I had the pleasure of experiencing it firsthand. When I opened the program booklet, my friend and I were both elated at the number of options we could explore. It almost seemed as though we had too many decisions to make regarding where to go, but it was easy to travel throughout the garden despite the thousands of people that were in attendance. We first made our way to the Osborne garden, where we heard DJ Sashimi play beats from Studio Ghibli. I thought I heard a song from Princess Mononoke being played. It was very cool to see. With that as our backdrop, we walked around tents. From kokechi dolls to Raaka chocolate samples, Sushi pillows, and haori selections, the air of excitement buzzing around us was infectious. The weather was lovely too, so that only made our time at the festival better. I am not sure which parts of Sakura Matsuri are repeats from previous years, and I did not get to attend the tea ceremonies, but I am going to list my five favorite moments from the festival below!

1. Picking out our haori

People were decked out in cosplay, lolita outfits, and kimono--it was a spectacular sight. I had been wanting to buy a Japanese-inspired garment, so I decided to go with something subtle that I can wear with my Western clothes. Love at first sight is something I believe in when it comes to clothes. Extremely happy with this memorable souvenir from the festival, I wore the silk garment right after I bought it. I added more pink to my outfit that I have ever worn in my life, and I did not regret it.

The season of cherry blossoms may be ending any day now, but the pink magnolia are beautiful--if not even more mesmerizing than the cherry blossoms. The petals with the combination of sunlight created such a flurry of enchantment, and the aura of the garden was surreal. I really didn't get the hype of all this until I attended the event. And yes, you will need to be quick to react if you want to get a picture with a tree with petals in every shade of pink, since there are several shades and eager people awaiting picture-taking time.

A performer of the shakuhachi flute was performing in the auditorium. The sound of the flute was serene, and the meditative quality of it made me feel contemplative. I felt as though I was sitting in a cave by a waterfall when I heard the pieces that were performed on that ancient flute. If it weren't for the fact that many of the music performances overlapped in time, I would've stayed for the entire time.

I know it's another music performance, but this was performed by a young troupe. One of the performers even treated us to the sight of him doing fast cartwheels on stage. I could feel their energy radiating off the stage, and their final number boasted so many fast syncopations that I felt like almost dancing. The beat of their drums etched its way into our minds.

I was treated to the sight of a beautiful array of handkerchiefs. I find them to be decorative, and if I had a few more $20 bills to spare, I would've splurged on buying presents for other people. There were views of the Fuji Mountain, samurai, cherry blossoms, and cats on the handkerchiefs. All were artfully adorned and charming in their own way. I ended up settling on a tenugui with a deep red violet color theme that focused on the sakura blossoms as a second souvenir from the festival.

Honorable mention: I ended up buying two chocolate bars infused with togarashi and sesame and one with kombu (seaweed) from the Raaka stand! All in all, it was a fun time. The $25 student ID admission fee is worth it as long as you enter the garden at 10am sharp and traverse the activities throughout the day until 6pm. I saw people lounging around on picnic blankets, which I thought was a great idea to look into if I attend again in the future! I would recommend everyone going to see it at least once because once you go, you'll actually understand why it's a yearly festival.