Running Your Own Race
Odyssey

Running Your Own Race

Focus on your own path instead of competing with others. 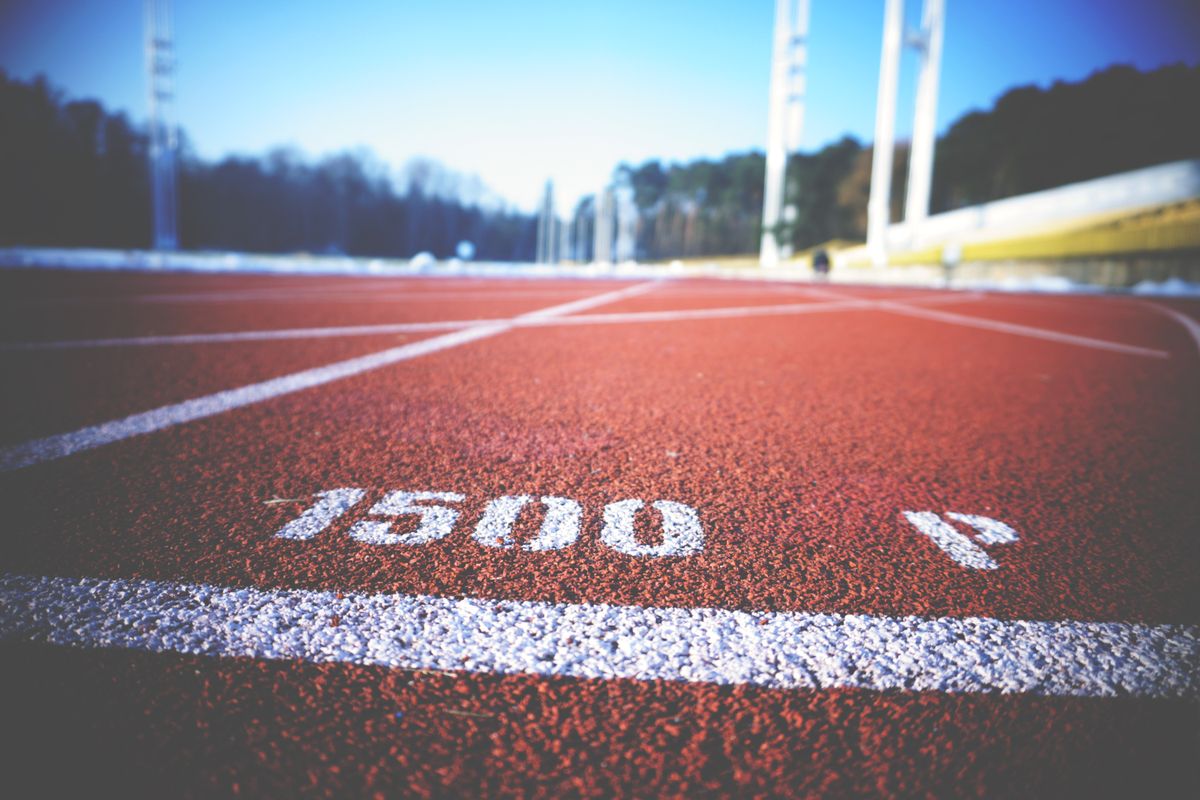 Ever since the dawn of time people have been competing against one another. From the days of early humans seeing whose cave drawings were better, to modern day humans competing to see who has more internships on their resume.

The competition against thy brother is never ending.

Competition specifically in the 21st century is all around us. Don’t believe me? Try going into a college lecture hall and see if the teacher doesn’t mention something about how competitive the job market is.

I never really understood what the phrase keeping up with the Joneses meant until I started taking college courses. I quickly found out that this is not just a phrase to many people, but a way of life.

It seems that everyone goes about their life constantly comparing themselves to others. Whatever they have is never enough. It’s always about going after that next person on the food chain.

If people only knew that the person they are trying to keep up with is doing the exact same thing to them. So you have two people who both wish they had what the other has.

That’s low-key pathetic, and not to mention sad to go through life never being satisfied with what you have. This leads to an unfulfilled life.

I understand that by never being satisfied you will achieve more, but there is a point where the desire to improve is no longer for yourself, but for someone else. If you spend your entire life trying to one up someone else, then you are going to miss out on the great things right in front of you and all of your own successes.But if you are too busy competing with someone else, then all of your accomplishments might as well go to waste because you are not enjoying them.

If you aren’t enjoying and feeling proud of your accomplishments, then what’s the point?

You must ask yourself, “Am I doing this because I want to be the best version of myself and because it makes me happy in life?” Or, “Am I doing this just to satisfy other people and prove to them that I am worthy?”

It really boils down to either letting people take control over what you’re doing in life or doing what you want because of your own aspirations. Not by the influence of others and the urge to compete with someone else.

God has given all of us individual gifts, and each talent that we have is a gift from God. But one day we have to give those gifts back. When we do, God is going to ask us what we did with the unique gifts he gave us.

Are you going to tell him that you wasted your gifts and were never proud of them because you were too busy worrying about if someone was given a better opportunity than you?

That’s extremely insulting to God because it’s as if you’re telling him "You didn’t make me good enough," when in fact you were made perfectly, a true masterpiece.

If only we could see ourselves as God does; if we could be proud of ourselves and shut out all the negativity and competition from others, then we could live the life that God intended for us.

Competing with other people is never going to lead you down the road of self-satisfaction. You may think that once you beat someone you will be satisfied, but then there is just going to be another person to compete with afterwards.

The cycle continually repeats. Much like many of the mental obstacles that plague the mind, they are never ending traps that will continue to hold you back if you let them.

If you spend your life listening to everything people tell you, you are most certainty going to feel terrible about yourself. That’s because people are only going to boast about the good things and successes about themselves.

Often times we hear of someone who got a job that we desperately wanted or how someone is making much more money than we are. We then start to look at our own life and get upset.

But why are we getting upset? That’s great for the other person, but by getting upset and focusing on someone else we are wasting valuable time and energy that could be used to achieve our own desires.

That’s why every time I sit in class and listen to some allegedly expert professor tell me what I should be doing, or where I should be in comparison to other students, I just tune them out.

I don’t need that stress and competition taking up space in my mind, because I know I’m running my own race and those words aren’t helping me achieve my goals.

Sometimes it’s best to tune the world out and just focus on yourself and ignore the words of others. So many people will try to bring you down in this life and sometimes just letting those words roll off your back instead of taking root inside your mind is the best route to go.

When we spend time competing with others rather then running our own race we lose track of what we are actually trying to accomplish.

You’ve spent so much time comparing and competing that you've lost sight of what your actual goal was in the first place and that’s when your mind is no longer being controlled by you. You’ve let someone else take over.

Personally, I am not a fan of letting other people live inside my head rent-free.

Instead, when I find myself starting to compete and worry about someone else’s path instead of mine, I take a deep breath and remember that I have a limited time on this earth and I don’t want to waste any of it on someone else who means nothing to me.

All that worry and stress is completely unnecessary and regardless of what people say, the best way to be successful is not to compete with others, but to focus on your own path, and run your own race the way you want.