When You Can't Run, The Elliptical Is A Game Changer

Running Is My First Love, But It's The Elliptical That Saved My Morning Workouts 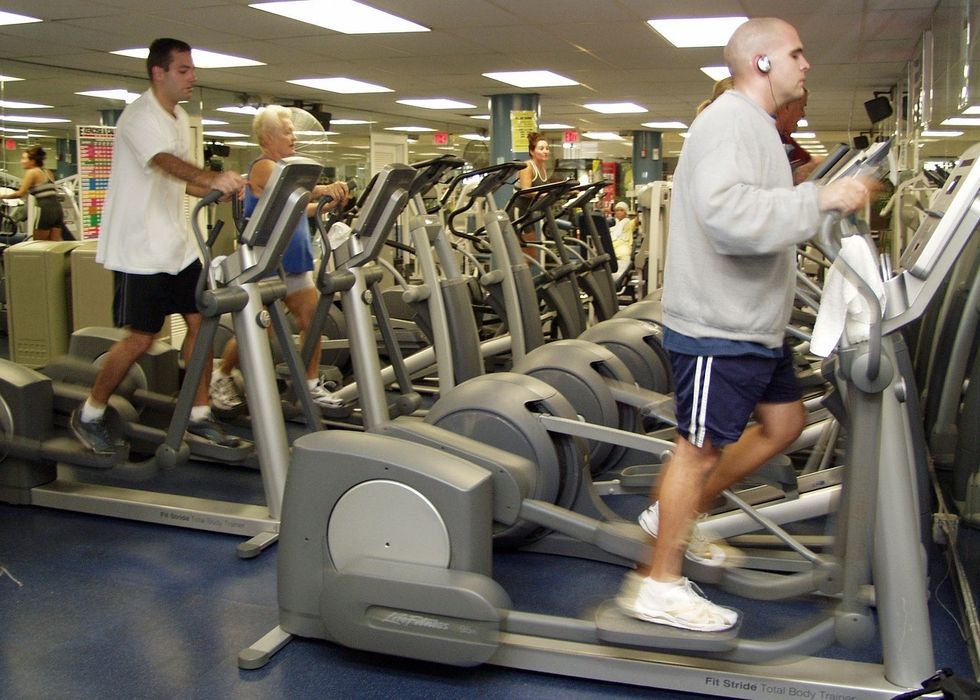 I love running. The runner's high is one of my favorite feelings and nothing for me is better than that dizzying, accomplished feeling I get after I've run a few miles on a sunny day. That's why, when stress was high at the beginning of this semester, I found myself running for longer in the mornings before class. These daily, long distance runs became an issue, however, as to my horror, one morning, I found that putting weight on my right foot hurt.

My mind instantly started reeling: "Did I sprain my ankle again? I don't remember twisting it. I was so careful these past runs! How could this happen?"

One reluctant doctor's visit later, I found out the news — it was worse than a sprained ankle.

I heavily strained my Achilles' tendon.

A strained achilles' tendon is an overtraining injury, I came to find out. It stems from exercises like running when an athlete "suddenly increase[s] the intensity or duration of their runs." If I were to ignore such a pain (like running through it, as I had done the morning before I realized it was serious) could cause the tendon to snap! My doctor explained calmly to me that a person knows it snapped if they hear a "pop" followed by a lack of mobility in that foot. My doctor's recommendation, as I suspected, was that I take a "break" from working out so vigorously and just walk or bike.

Especially when this senior year semester was stressing me out. Every part of me wanted to just run through the pain, but I understood the very real, potential dangers. I was frustrated, though, since I didn't see my long-distance running as "over-training," hell — I wasn't running a marathon every day as my runs were usually less than five miles long!

Little did I know, there was hope!

After I found it hard to raise my heart rate on a stationary cycle, I tried the elliptical. Since my feet weren't slammed into the ground over and over — rather careened — it didn't hurt me. It felt like running enough, and I was able to get my heart rate up — albeit confined to a machine. There are other benefits to using the elliptical, too, aside from allowing me to workout hard while not exacerbating my injury. Unlike running, you can't get a jumper's knee by using the elliptical. Jumper's knee, also known as runner's knee for obvious reasons, is "the inflammation of your patellar tendon" which is medical speak for someone's knee swelling up from overuse.

Best of all, the elliptical can still give me a runner's high — if I get my heart rate high enough and battle the clock for long enough. Runner's connect.net addresses this positive of the elliptical where it assures it's readership that "doing some cycling, pool running, or elliptical machine work will keep you from getting too disheartened from a lack of runner's high when you're injured."

Since Achilles' tendon strains as severe as mine take around two weeks to heal, I won't be running for — more (trust me, I tried to run before then).

So, if you find yourself or someone you know with an overtraining injury like an achilles' tendon strain, but don't want to give up intense cardio — try the elliptical!

If You've Ever Been Called Overly-Emotional Or Too Sensitive, This Is For You