Meghan Markle: The Perfect Balance Between Princess Diana And The Queen
Odyssey

Meghan Markle: The Perfect Balance Between Princess Diana And The Queen

Respecting tradition while also being very current and modernized. 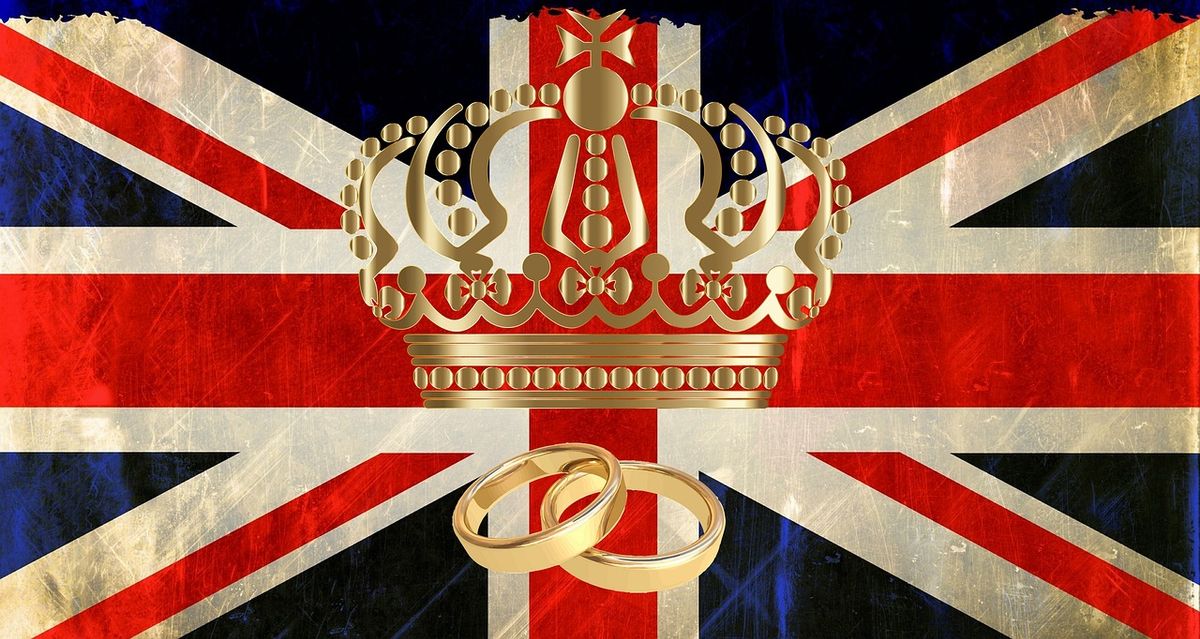 Over 29.2 million American viewers tuned in on May 19th to witness history in the making, and most importantly to watch Meghan Markle, former American actress, become a member of the British Royal Family. Many have wondered how the Duchess of Sussex will perform in her royal duties, but not to worry, she is the perfect blend of the royal women who have come before her.

Meghan Markle seems to be a blend of the best qualities of Queen Elizabeth and her traditional ways, Princess Diana and her rebellion to the royal rules and of course, her personal touch adds something new with her modern styles and values.

While Meghan Markle and Queen Elizabeth may seem like they follow and live in two sperate worlds, they are surprisingly similar. Both women were very mature and ready to take on the world from a young age. Markle was only 11 when she wrote a letter to First Lady of the time, Hillary Clinton, as well as various other notables about a TV advertisement she saw in class noting that women are the only ones washing dishes. It got to the soap company, and they later changed the commercial from "Women everywhere are battling dishes" to "People everywhere are battling dishes."

Queen Elizabeth was also very determined to help others, and at the age of 14 she sent out one of many famous broadcasts to reassure the children of Britain, who were being evacuated from their home's and families at the outbreak of World War II, telling them "'that in the end, all will be well; for God will care for us and give us victory and peace." Both ladies were very ahead of their age and was able to see a bigger issue and calmly do what they could to better the situation.

Markle is ahead of the royal philanthropic responsibilities as the U.N. Women's Advocate and as well as the World Vision Clean Water Campaign, among many other associations and will be starting work involved commonwealth which is a huge interest for her as well as one of Queen Elizabeth's favorite philanthropic interests. Princess Diana was also a part of various charities, but none took it to the heights she did. Her philanthropic love went so far, that she once walked across a partially cleared land mind in Angola for awareness of landmines, which most certainly the Queen did not approve due to the concern of her safety.

Besides their deep role in philanthropic events, both royal women have been hard-working in their own respected careers. Meghan, a college graduate made her name well known in the acting world by partaking in many different roles, her most recent as Rachel Zane on the USA show, Suits, which ran for 7 seasons. Markle worked hard for 10 years before meeting Prince Harry, unlike others marrying in the royal family. Queen Elizabeth has also been a hard working woman for the past 67 years, becoming the Queen at only 25 years old. At 25, most of us don't have our lives together, but Queen Elizabeth was ready and ruling her nation at the young age of 25, and hasn't stopped her hustle and bustle at the age of 92.

The Duchess and the Queen also have another major common factor that affects us all; the love of dogs. ;). Prince Harry in BBC's interview of their engagement coyly shared that the Queen's royal pups "took to" Meghan straight away, despite his struggle over "the last 33 years being barked at." Meghan also has two dogs of her own, and after the death of the Queen's last corgi, she is absolutely smitten with Markle's dogs.

Markle, like Queen Elizabeth and Princess Diana, is breaking royal tradition and turning heads for the better. While It may seem as if Queen Elizabeth hasn't strayed from Tradition, she was actually very progressive for her time and rebelled just a little for improvements on the tradition. Queen Elizabeth refused to change her first name to anything other than her given name as well as kept the royal name of Windsor. Many nobilities of the time didn't agree with Queen Elizabeth keeping their royal name of Windsor during her coronation, because it was just meant to continue through the patriarchal rule, but she changed that tradition by keeping the name for future generations, even if that includes another matriarchial rule.

Princess Diana left an enduring impact on the world as well as the royal family and traditions. As we know Princess Diana, or more commonly known as "the people's princess" was known for being very rebellious towards the norm of the royalty as well as being personal with the people and I spy someone similar.

Princess Diana and Meghan Markle have both been iconic with their fashion choices and personalized style, and also have been noticed for their similar styles and tastes, including those of the casual look of jeans and a blouse to the more risque to the royal designer styles that have been challenged by the tabloids. Both shared their love for fashion, as well as being aware that each outfit calls the attention of the designer, something in which we all know Diana knew well. Regarding their style at their weddings both went the non-traditional route, while Princess Diana hand-picked her wedding out of a catalog and Markle and Prince Harry opted to both have wedding rings, while she broke another tradition and walked down the first half of her procession alone.

Markle and Princess Diana had both broke royal rules for being too personal with the public, and rebel the royal formality. Diana had a major response and issue with the ways of the royal family that state everyone should be deferential to them. Diana always would meet people at their levels to see eye to eye and was the first in the royal family to do so. She once stated "If someone might be nervous of you, or you are speaking to a very young child or a sick person, get yourself on their level. Princess Diana even shook hands with an HIV positive patient and visited orphans affected by AIDS in Brazil back in April 1987, when the diseases were misunderstood and stigmatized. Like Diana, Markle has broken the formality protocol by giving a young girl a hug after the child stated she wanted to be an actress when she grew up, and while it may not have been as extreme as Diana, It shows her character as a royal.

Queen Elizabeth, Princess Diana, and Duchess Meghan Markle are all incredible and progressive royal women in society and each have their own roles that have impacted the lives of many people throughout the ages and the world. Meghan being the newest addition, I cannot wait to see the extraordinary future she has in the British Royal Family and the many things she will accomplish as the traditional yet modernized Dutchess of Sussex.