I Will Not Watch The Roseanne Reboot, Even If It Means I Have To Get A Marky Mark And The Funky Bunch Tattoo

I Will Not Watch The Roseanne Reboot, Even If It Means I Have To Get A Marky Mark And The Funky Bunch Tattoo

The Conner family should've just stayed in the nineties. 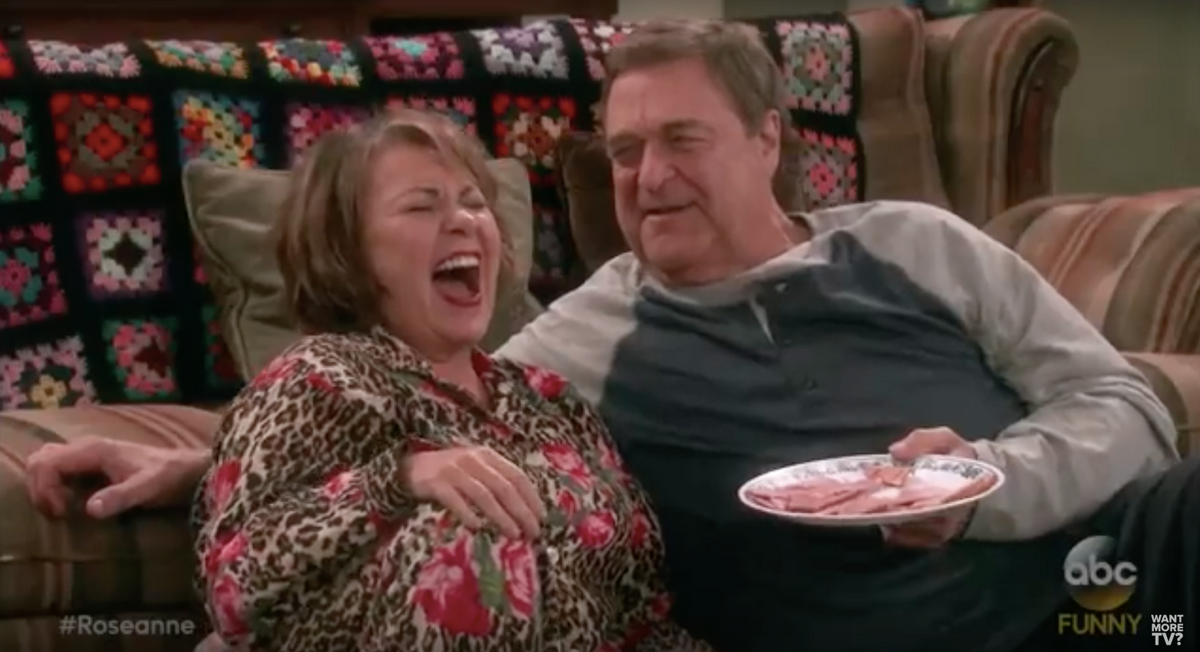 Over the past year or so, the concept of rebooting “Roseanne” has gained an intense amount of attention, ultimately leading to the season premiere of the continued show last week. “Roseanne” was definitely a part of my childhood- my grandmother owns all of the DVDs and I always watched the reruns of Halloween episodes during October.

However, the idea of bringing Roseanne Barr back to the forefront of television- a woman who voted for Trump just to “shake up the status quo,” frightened me to say the least. Once a ball-busting feminist that never took shit from her many male coworkers that tried to bring her and her show down, Barr has changed for the worse as years went by.

Countless times, Roseanne has received backlash from her many bigoted Tweets- ranging from comparing Islam to Nazism, accusing the Parkland survivors of being crisis actors, and throwing out transphobic comments left and right.

Given Barr’s racist past, it confused me as to why the “Roseanne” reboot would have a black child as D.J.’s daughter and a cross-dressing boy as Darlene’s son. I can’t imagine breaks between filming are happy-filled rays of sunshine, when those children are probably aware that Barr strongly dislikes them.

Along with that, I also find a problem with how the reboot has characters interact with each other. I understand that the Conner family is a powerful symbol for many other blue-collar families living across America, however their accepting attitudes toward each other just aren’t realistic.

The same blue-collar families that enjoyed the show in the past are not going to share the same sentiments that Roseanne and Dan about their grandchildren. If they had a little boy in their family who wanted to dress like a girl, they wouldn’t just hug the child and let them be so free-spirited.

While it is true that many American families are experiencing the same political divide as the Conners, it is not true that all of their problems are going to be solved when two sisters embrace (while a cheesy laugh track plays), one wearing a pussy hat and one lamenting about a “liar in a pantsuit.”

And it’s not just the show itself that frustrates me. Once the reboot aired, multiple reviews lauded the show as some new form of “social commentary” that the television world has never seen before. Now that, I have a problem with.

There are a handful of shows- even on ABC- that provide much more entertaining social commentary than the fake acceptance that the Conner family exhibits. “Black-ish” is one show that comes to mind- that’s been pushing the boundary on social/cultural/political issues since the day it aired, or “Modern Family,” a show that actually portrays a multiracial family in a respectful and realistic way.

At the end of the day, I realize that the “Roseanne” reboot is not meant for me. It’s for those Midwest families in Wisconsin and Illinois, who I surround myself with everyday, who see no problem with placing the spotlight on a woman who’s as equally conservative as Trump, in an effort to normalize the President’s erratic and immoral behavior.

Although I shouldn’t base an entire show on one episode I’ve seen, I will not be watching the “Roseanne” reboot anytime soon. I just don’t feel comfortable supporting someone who can so easily embrace the alt-right, spew whatever nonsense they want to, and still get their new/old show picked up by a major network. This is not progress or “making America great again,” it’s moving us backward.