What to Expect at The Rocky Horror Picture Show
Odyssey

What to Expect at The Rocky Horror Picture Show

Oh, you virgin, you. 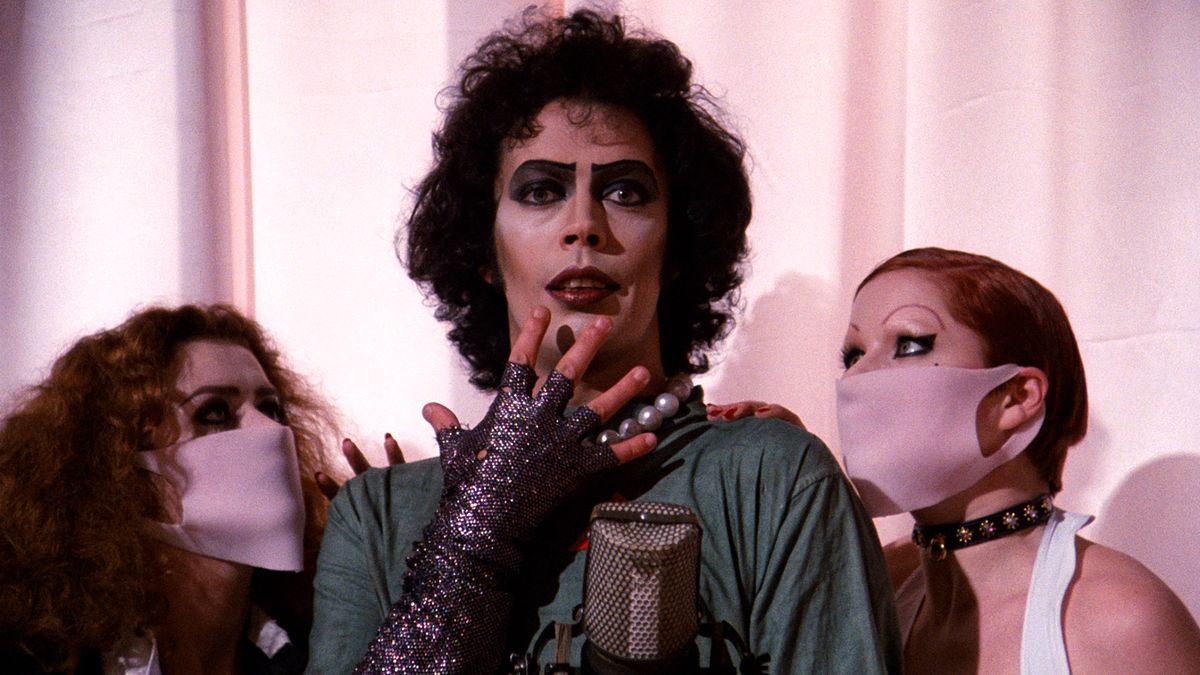 If you're a Georgia Southern newbie, you may not yet be aware of the tradition that is The Rocky Horror Picture Show that comes to Statesboro each year. There are some of you who may smile knowingly at what's to come this Wednesday at 7:30pm, but there are many of you that have no idea what the hype is about. As I shall be one of the dancing "mannies" in the play, let me be your guide to easing you into what will surely be an unforgettable night that you will make you blush for decades.

Regardless of your recreational activities, if you've never seen Rocky Horror live and in person, you're going to be literally labeled a virgin. Expect corset-wearing greeters to stop you at the door and put a V on your body in red lipstick if you fess up to being new to the experience. Don't be afraid to be honest about being a virgin. This year only a select few virgins will be chosen to get "devirginized" on stage. So if you've been terrified about the idea of going because you're terribly shy, you can put your mind at ease and just not raise your hand to be picked by the crew.

You know how with regular plays you produce your ticket, are handed a nice little program, and then you go about politely finding your seat to settle in for a couple of hours of the quiet-game as the cast starts their performance? Yeah. This is not that kind of play. With Rocky Horror, you're not just a viewer of the performance, you are a part of it! The greeters at the door will hand you a bag full of goodies that you're expected to pull out at certain parts of the play. You'll be told what items are for what part, and will be encouraged to yell out things like "slut!" and "a**hole!" at the main characters when the time is right.

3. A pre-show not to be missed

Just like how you won't get the full effect of a party if you don't pregame, you won't get the full effect of Rocky Horror if you don't go to the pre-show. Though not required, this is the part where there will be a dance party and games for the chosen virgins to lose their virginities. No, I won't give away what the games are. Yes, I highly suggest you come.

What this means is that the cast will act out and mouth the play while the actual movie plays in the background. This gives a lot of room for interactive, original moments in the show that you'll find hilarious.

5. A Halloween before Halloween

You may think you'll be low-key if you go dressed in regular clothes to the show, but trust me, you'll be the weirdo in this situation. Audience members will be decked out in their own interpretation of the characters' costumes or in their own Halloween costumes. There will also be a section in which the crew will pick out their favorite costumes to be put up for the costume contest, and give out some pretty cool prizes.

Staying true to the movie, the cast and crew of the show (along with audience members) will be flaunting all their lovely humps this Wednesday night. Think RuPaul's Drag Race meets Tim Burton meets Victoria Secret glam, and you start to get an idea of what the night has to offer.

This will be a one-night-only kind of deal for Rocky Horror this year. There's expected to be a ton of people - even from Savannah - clamoring to get their tickets, so I highly suggest you get your tickets in now before they are sold out.

Research all you want, but nothing can truly prepare you for your first Rocky Horror experience. It's just as much as a party as it is a performance and a celebration of the strange and sexual. Each performance  of the show is unique due to the director's interpretation, the energy of the audience, and the enthusiastic cast. The best tip I can give you is to leave your inhibitions at the door!

The Rocky Horror Picture Show will be playing at The Averitt Center downtown on Wednesday, October 29 at 7:30pm for the pre-show. Check Facebook for more details.