Growing Up My Dad Would Only Listen To Rock And Now I’m Getting Into It Because Of A Movie Trailer
Odyssey
CurrentlySwoonLifestyleHealth & WellnessStudent LifeContent InspirationEntertainmentPolitics and ActivismSportsAdulting
About usAdvertiseTermsPrivacyDMCAContact us
® 2023 ODYSSEY
Welcome back
Sign in to comment to your favorite stories, participate in your community and interact with your friends
or
LOG IN WITH FACEBOOK
No account? Create one
Start writing a post
Entertainment

I have never been interested in listing to rock music until now. 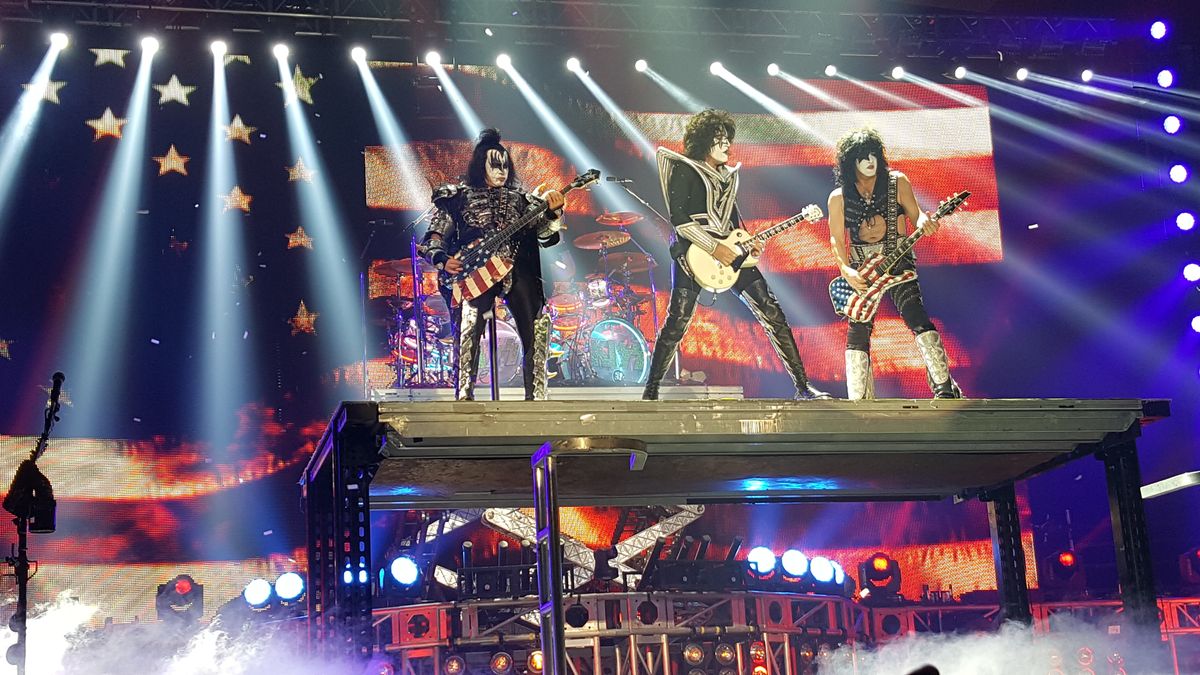 I was amazed at how creative they were with their costumes and their makeup.

There are many other rock bands that he would listen to on his phone, but I was never really that interested in that music. Of course, I knew who Journey was, as I was a big San Francisco Giants fan and if you went to the ballpark for the game, they would either play “Don’t Stop Believing” if the team as losing, or “Lights” if they are winning.

While my dad was listening to rock music, the music I was listening to growing up was pop music from Miley Cyrus to Katy Perry. I was also into the TVs show soundtracks from Disney Channel and Nickelodeon. I’m a huge fan of Broadway musicals from Hairsprays to Hamilton. Lately, I have been listening to rap music like NF and Macklemore who are my favorites. Finally, I also have a passion for Christian music. My favorite artists include Toby Mac, Newsboys, Chris Tomlin and many more.

You may be wondering how on earth I got interested in rock music all of a sudden. Well, a couple weeks ago I was going through YouTube looking for something interesting to watch. I went to the trending section where I saw the trailer for the movie “Bohemian Rhapsody” which is about the English rock band Queen’s lead singer, Freddie Mercury. The moment I first watched that trailer, I knew I needed to watch it again because I fell in love with the music and the storyline.

Don’t get me wrong. I have always known who Queen was through their hit songs such as “We are the Champions”, “We Will Rock You” and “Bohemian Rhapsody” which was the song played at the end of my Junior and Senior Prom. However, after watching that trailer, I decided to do research on Freddie Mercury.

I found his life to be very interesting even though there were a lot of things that he did that I didn’t agree with. I also discovered that he has a song called “Barcelona” which he did with opera star Montserrat Caballe. I have probably listened to that song about ten times this past week.

A couple of days later my mom asked me if I wanted to go to see the popular rock bands Poison and Cheap Trick in Reno, Nevada. I was excited because I really like going to concerts and I have never been to a rock concert before, so I wasn’t sure what to expect. It turned out to be one of my most favorite concerts that I have attended. The band put all of their energy into their music and the crowd was really into the music as well.

There were people dancing and there were even some who were dressed up as band members. The bands moved around the stage, dancing with the crowd with lights on their guitars. After the concert, my mom and I were walking out of the arena and we ran into Bret Michaels personal assistant. I got to take a picture with him and I even got a guitar pick.

Looking back on this experience, I now realize that rock music needs to be added to my "favorite music" list.

QueenRadhi
The State University of New York at Stony Brook
2889