How this classic 1987 superhero film worked so well. 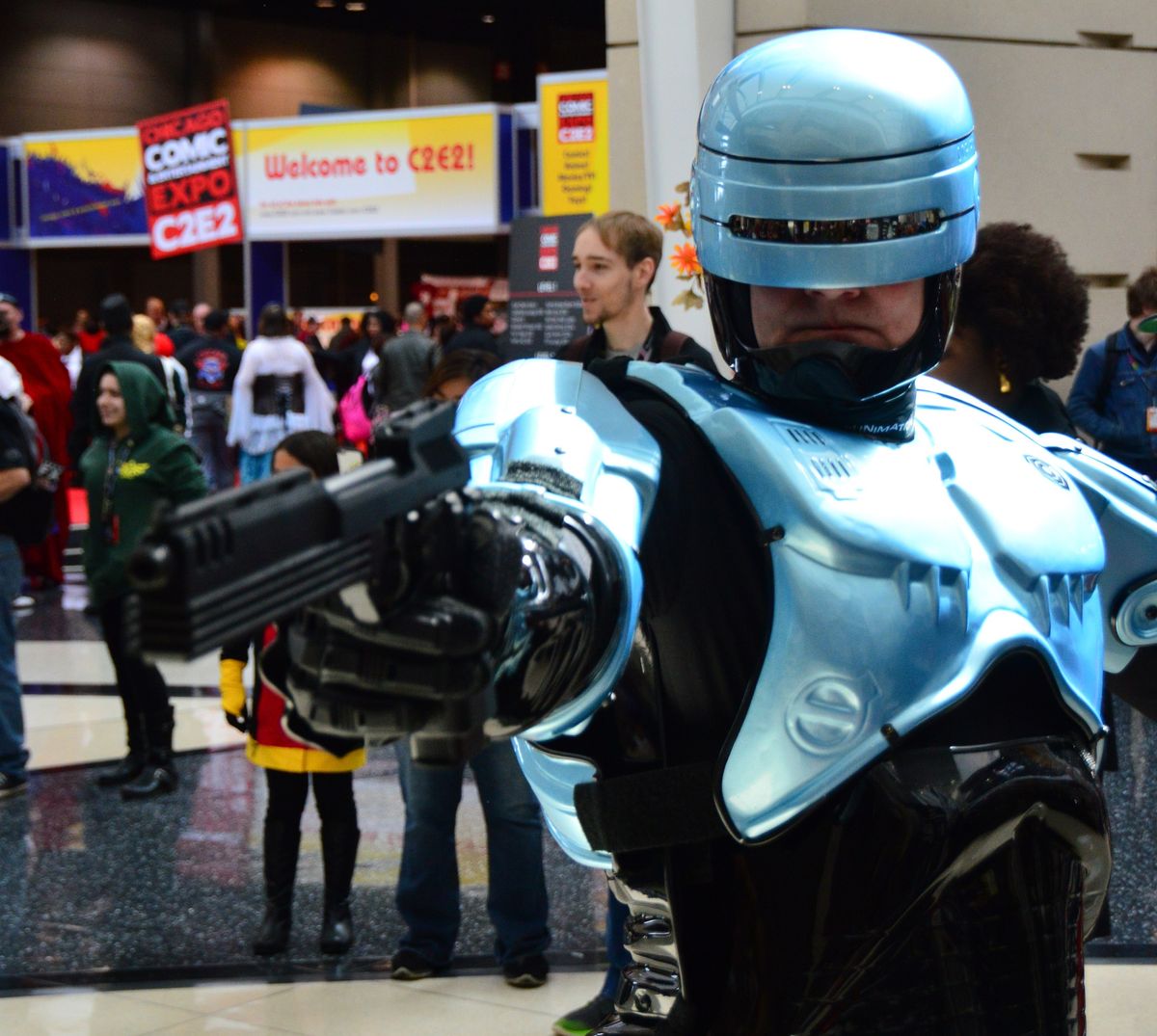 That's essentially the setup for the 1987 film "Robocop."

In the near future, Detroit has turned into a budding warzone.

With the police unable to handle the crime rates, the city government strikes a deal allowing Omni Consumer Products to run the police department.

One of their executives has a radical solution: cyborg cops.

Take bodies of deceased policemen and use them to create police who can't be easily killed, can't be bribed and rarely sleep.

The first prototype, a murdered policeman renamed Robocop, seems to be a success at first.

When he starts to remember his past (his family, the people who killed him) things get messy.

Or rather, things get explosive.

To some extent, this movie works for the same reasons that the movie "Turbo Kid" worked.

Both movies are satires.

Robocop satires consumerism, buying or getting things without considering the consequences or whether they're worth it.

A terrorist demands a car as a ransom payment and then talks with the hostage negotiator about what kind he wants.

Omni Consumer Product's employees come across as self-centered, doing whatever's necessary to get ahead.

So, you could say "Robocop" works because it creates a crazy world where a program to build a better policeman seems like it could easily happen.

It makes him seem reasonable.

Again, Robocop lives in a city that's on its last leg. None of the conventional solutions seem capable of saving it.

In that content, building a special cop from the body of a dead one seems worth a shot.

Even with his Terminator-like attitude, Robocop seems saner than his surroundings.

This article is a part of a series on unique superhero films. Read the previous article here.

Glorie Martinez
498
Why I Write On Odyssey