Robin From "Stranger Things" Is A Lesbian, Not Bisexual

If You Can't Accept That Robin Isn't Into Steve, Your Views On Sexuality Are Officially Upside Down 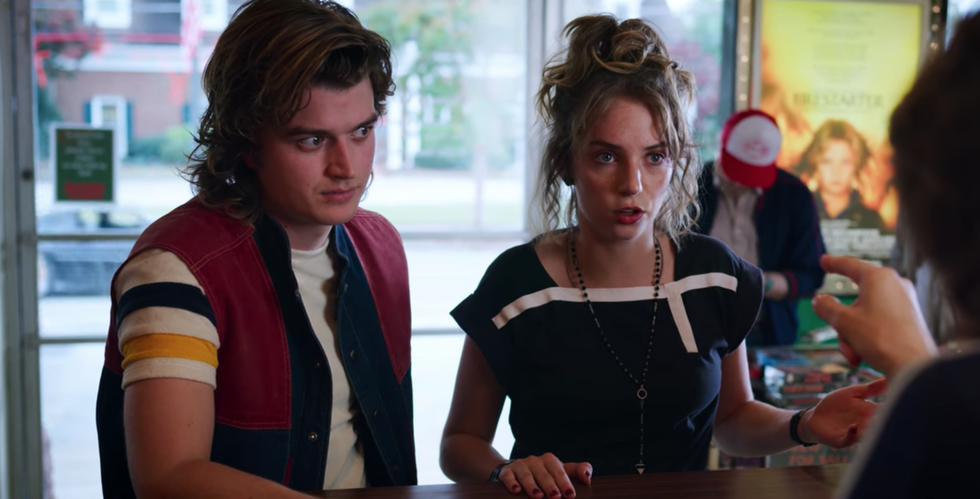 You're probably living under a rock if you have no idea who Robin is, but if you somehow don't, she's one of the new characters on the Netflix original series, "Stranger Things."

As a fan of the show, I was drawn to Robin from the moment she made her first appearance. She was witty, incredibly intelligent, and a great addition to a fantastic cast. Her relationship with Steve is very amusing, and the storyline she has is entertaining, especially with characters like Steve, Dustin, and Erica alongside her.

But this is a spoiler-free article, for the most part, so we're not going to discuss that.

What we are going to discuss is Robin's sexuality.

Towards the end of the season, she has a deep conversation with Steve Harrington, her co-worker and tentative friend at this moment. In this, Steve admits he has feelings for Robin, but instead of reciprocating these feelings, Robin tells Steve that she has feelings for another girl from their high school.

Even though it's the eighties, Steve responds well, even engaging her in light-hearted banter about how the girl she likes can't sing, and he moves on from his short-lived crush.

But despite the clear connotations that Robin is a lesbian, many fans of the show express frustration and claim that they feel "baited" by the potential for a Steve and Robin romance. They believe that Steve deserves a romantic partner (which he does, but not just yet), and that Robin being bisexual would resolve all these issues: she could date Steve, yet still be queer.

However, this kind of behavior is gross, full stop. Yes, they have a cute dynamic, and I adore their friendship.

But trying to erase Robin's sexuality to make it convenient for her to date Steve? Gross.

Robin is a lesbian. It was confirmed by the actress, and it's made very clear in the writing. If she believed there was potential for feelings on her part for Steve, she would've alluded to them. But no, she was clear in telling him that she never had romantic feelings for him—but rather, she has always been interested in girls.

Stop using Robin as a tool to boost a male character. She deserves better than that. The representation she provides as a lesbian in the eighties is incredible, and it is not okay to erase that.