How much do you know him? 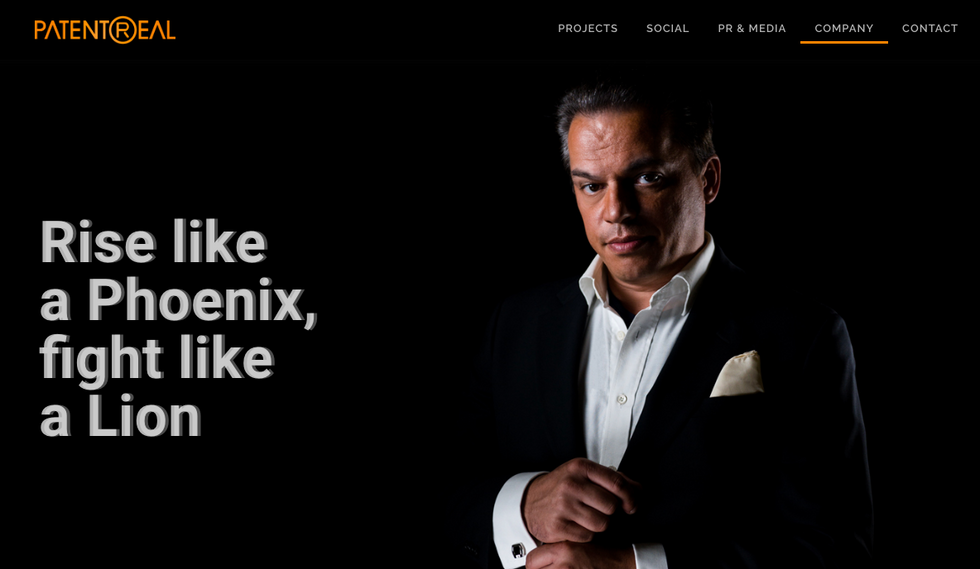 Before moving ahead and talking about Roberto Hroval, let's first get to know what PatentReal Corporation is.

So far, you might have understood that it is another tech giant in this world. But what does this company actually do, and what makes it so special?

Talking briefly, PatentReal Corporation, headed by the entrepreneur Roberto Hroval, invests its knowledge as well as resources into the technologies, which will help progress the humankind. In other words, they help people accelerate their personal growth, positive energy and development, for the betterment of all.

And it does so by supporting new and upcoming projects having similar thoughts and goals just like that of the company's. Having a great and large team, they look after these projects that work collectively towards the betterment of families and individuals.

Some of the wonderful ongoing projects headed by PatentReal Corporation include:

1) AGE - BIOMASS ULTIMA TECHNOLOGY: This project is about converting today's waste into something meaningful. Biomass transformation here, allows wood waste through various sources to transform into some high demand products, for example electricity.

2) PROJECT PHOENIX 8 – PRODUCT REINCARNATION TECHNOLOGY: This project works towards solving 2 major problems of this world - how to stop the earth's exploitation, and what to do with ever increasing waste. This Product Reincarnation Technology helps convert that waste or discarded products into fuel or electricity. Amazing right?

There are many more projects undertaken by this company, which you can check on the company's home page.

Having understood about the company, let's talk a bit about the founder of this amazing organization.

Roberto Hroval is an entrepreneur who established this company with great zeal and effort. A lot goes behind his this motivation to help the mankind.

Ever since his childhood, he has been this crazy kid, often called "a little devil" because of his crazy ideas. He was hyperactive, wanting to try and experience everything that came in his mind. And that also included some disastrous happenings, such as fire in his home. But that did not deter him even a bit. His primary focus right since the age of 5 was to create some new and improved products from the ones already existing.

He even built motorcycle, car, robots, and so on when he was still in his primary school. This age itself motivated him to become an entrepreneur when he grows up. He specialized in electronics, moving into his first business right at the age of 15 - building hand made, state-of-the-art, hi-fi amplifiers that were an instant success.

His philosophy - work till you create the best product, and not just "another product" - led him to become such a master blaster in his field. His ability to know problems much ahead of time pushed him to create numerous innovative solutions to the problems which had no solution as of then.

Initially he started off with small random projects, such as Raw Material Exchange, event management, etc. But nothing gave him that happiness, since nothing new was being done here. His hunger to do something technical for betterment of mankind made him restless led him to shun away all his highly profitable projects.

And that was the time for some change.

After some more struggles, it was time for the phoenix to rise! All the struggle that came up after this, led to a successful start of PatentReal Corporation.