Read Or Run: A Review Of The Couple Next Door By Shari Lapena
Odyssey

Read Or Run: A Review Of The Couple Next Door By Shari Lapena

A harrowing tale of a stolen baby or a flop of a mystery novel? You decide. 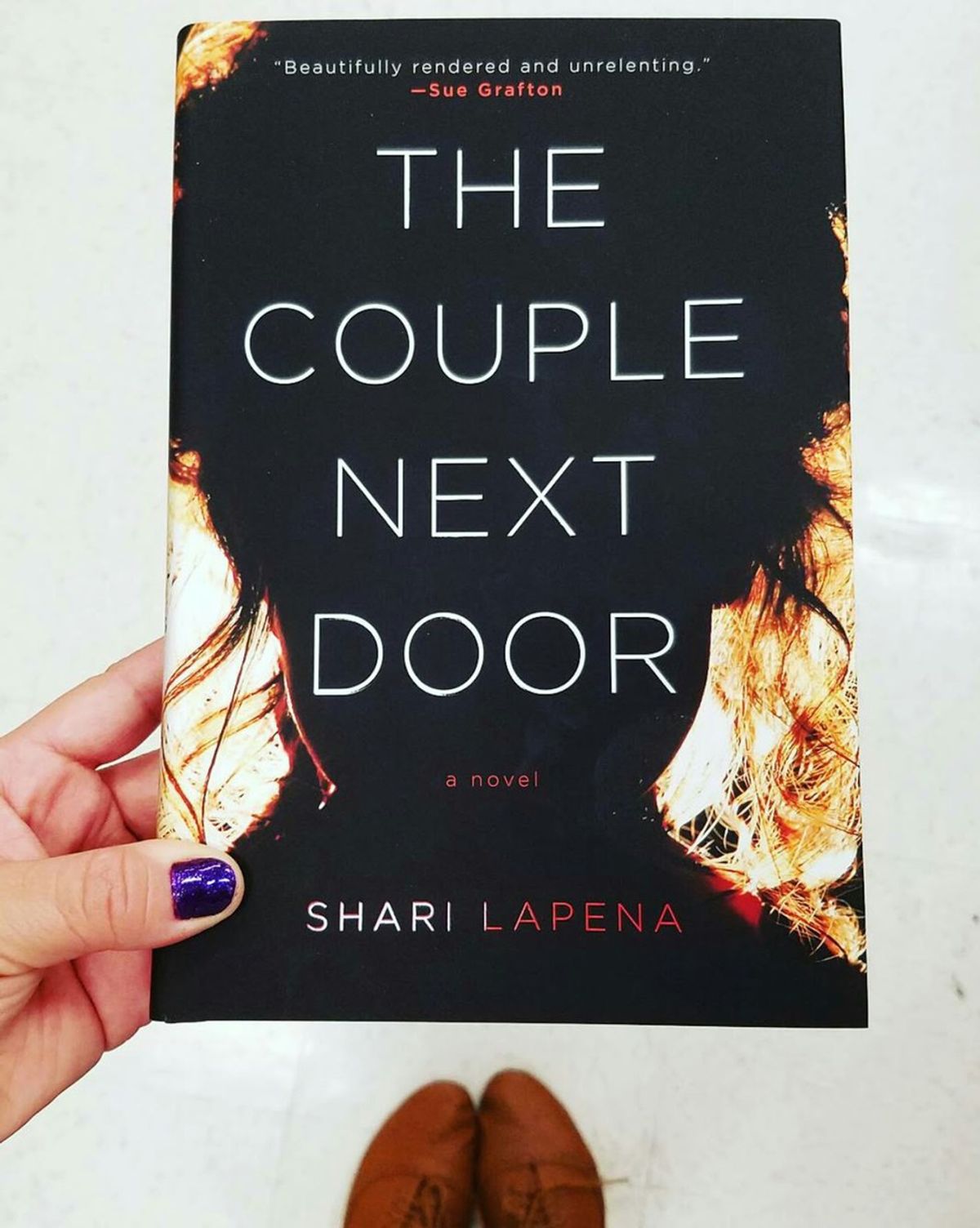 Love What You Read

Recently, I joined a book club. Why? I don't know, but I did it and I read the book — kind of.

"The Couple Next Door" is an extremely well-reviewed book by Shari Lapena. I thought it was going to be a mystery novel like something out of Agatha Christie with Hercule Poirot. Let me tell you, Detective Rasbach is no Poirot.

This will contain spoilers.

Lapena sets up the scene immediately, right out the gate. I feel like the first few pages are incredibly overwhelming with their direct-action scenes. The main character is drinking. She's looking, feeling, touching, observing. The reader doesn't have much time to drink in the scene and get a grasp on where she is and why she's there. It's, in the ever immortal words of Teen Mom, too much too soon. We don't get to fully grasp what's happening between the post-pregnancy character of Anne Conti.

I hate to attribute her recent pregnancy as her only characteristic but, unfortunately, that's what Lapena makes the center of her universe. But that's normal for new moms and probably the only relatable thing about this entire character.

Anne and her husband, Marco Conti, are a young couple living in New York with a six-month-old baby girl named Cora. They're at their next-door neighbor's house, Cynthia and Graham, having a dinner party for Graham's birthday. Cynthia had requested that the Contis leave their baby behind as the crying would interrupt their dinner. When a babysitter unexpectedly cancels, Marco somehow convinces the brand-new helicopter mom that is was okay to leave their baby home alone. Somehow. He also convinces her that it's a good idea to drink. And that they should take turns every 30 minutes to check on Cora rather than ask Cynthia if they can just bring Cora with them.

After Marco and Anne have a fight without actually having a fight (a feat every couple somehow manages to learn), they turn around and head home, sufficiently drunk, to their front door unlocked and left open.

The couple discover their daughter is missing and run frantically about the house looking for her. For some inexplicable reason, Lapena has Anne hit their bathroom mirror and break it. This action isn't sufficiently explained, or explained at all.

Before the readers can really get into the heads of the Conti's and watch them unravel, the police are on the scene and it switches to the viewpoint of the Detective Rasbach.

Rasbach is one of those characters that is so little described, he seems like a prop. There are no descriptions about him, really. The readers don't get a sense of who he is and what he's about. In some novels, this allows the readers to step in and fill the shoes of the detective; in a way, these novels break down the fourth wall. Unfortunately, this is not Lapena's specialty. Her lack of characterization of Rasbach makes him cold and impersonal — and not in the same way that detectives such as Sherlock Holmes is cold and impersonal.

One thing I think is the mark of a good book is if you skip forward far enough, you have no idea what's going on. I tried this trick with "The Couple Next Door" and found that not only did I still understand what was going on, I hadn't really missed any information. So, I skipped to the end and found that I still understood all of it.

If this novel had ended with an examination of why parents may make what we perceive to be dumb decisions as non-parents and how one small mistake can upend lives, that would have possibly redeemed the entire novel. But, alas, it didn't. The last three pages were a completely out of context, over the top, you-can-see-it-a-mile-away type ending.

All in all, this book had some good points. The foundation was laid well, but the walls were just built kind of funky.

Of course, Anne's parents happen to be millionaires that can afford to pay $5 million and then an extra $2 million in ransom for their grandchild. Of course, Cynthia likes to flirt with every many she sees. Of course, Marco's small business is in trouble. Of course Anne's parent's hate Marco. There's just so many "of course" moments while reading this novel.

I just didn't think the actions of the Contis or Richard, the step-father, were relatable in any form. Who gives a baby to someone they've known for, what, three days? A loon. If Marco had gotten a friend to help him with his scheme at least that would have been believable.

They never even explain why the accomplice was killed.

I would rate "The Couple Next Door" three out of ten stars and I don't feel bad about it.

Emmaline B
The Narrative
9333
https://unsplash.com/photos/O0T1SIgHAfM